The seven reasons why you might be feeling dizzy

A doctor has revealed the seven reasons why you might be feeling dizzy.

Dizziness that does not ease and causes nausea or poor balance can hugely affect people’s ability to work, socialise and sleep.

According to London-based Dr Sarah Brewer, GP, Healthspan Medical Director and author, common causes include low blood pressure, which can be effectively treated through prescribed medication and simple lifestyle changes.

Dehydration, another culprit, can usually be solved by ensuring people drink at least two litres of water a day.

For rarer causes, such as benign positional vertigo and labyrinthitis, which both affect the inner ear, people should visit their doctor.

In a piece for Get The Gloss, Dr Brewer discusses how to spot the seven most common causes of dizziness, as well as ways to overcome symptoms.

Feeling lightheaded or off-balance is common and usually goes away by itself.

Yet, if recurrent or accompanied by blurred vision, ringing in the ears, loss of hearing or nausea, it can hugely affect your day-to-day life.

Dizziness can be a symptom of a large number of different conditions, however, some are more common than others. These include:

Otherwise known as hypotension, low blood pressure is usually diagnosed when it falls below 90/60 mmHg. It can be hereditary but is also affected by external factors.

Dr Brewer said: ‘Low blood pressure can be caused by standing up too quickly, (especially in older people), dehydration, side effects of medication or even by eating a heavy meal, which diverts blood towards the intestines to aid digestion.’

Symptoms include feeling lightheaded with cold, clammy skin; blurred vision; buzzing in the ears and an elevated heart rate.

Sudden and severe low blood pressure attacks can also occur as a result of more serious medical causes such as loss of blood (haemorrhage) and severe allergic reactions.

Dr Brewer recommends seeing a doctor if you are experiencing symptoms or persistent headaches, fatigue and anxiety as it may mean you have hypotension syndrome.

If you are on any prescribed medication, she also recommends checking with your pharmacist to see if that might be contributing to it.

Making some dietary modifications can also be effective. Dr Brewer said: ‘If there are no treatable underlying causes, you may be advised to increase your intake of dietary table salt (sodium chloride) and to avoid dehydration by drinking plenty of water.’

She also advises drinking coffee with meals to stop blood pressure falling after eating. Rigorous exercise can also cause blood vessels to dilate and blood pressure to plummet.

Dr Brewer has also found Korean ginseng or Guarana supplements can be helpful in regulating blood pressure, as can compression socks to stop blood from pooling in the legs.

As well as being a cause of low blood pressure, dehydration in itself can be responsible for feelings of dizziness and lightheadedness.

Dehydration can occur as a result of heatstroke, diabetes, diarrhoea, vomiting, drinking too much alcohol or strenuous exercise.

If dehydration is occurring as a side effect of vomiting, taking a diuretic or other medication, see your doctor.

Well-hydrated people’s urine should be pale yellow or clear. 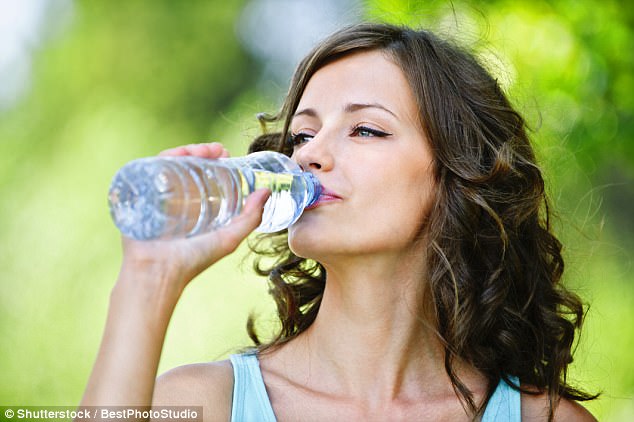 Dehydration can be responsible for feelings of dizziness and lightheadedness (stock)

If you are feeling off-balance and are suffering from hearing loss or ringing in your ears (tinnitus), you could have an inner-ear problem.

Build-up of fluid in the inner ears, constriction of blood flow, allergies and autoimmune reactions are some of the most common causes.

Dr Brewer recommends booking in with a doctor for tests, who may then prescribe medication and advise you to limit salt, caffeine, alcohol and smoking.

For short-term relief from dizziness caused by an inner-ear problem, she recommends lying down and closing your eyes or keeping them fixed on an object. Also avoid turning your head quickly.

Benign positional vertigo (BPV) is a specific inner-ear problem that causes repeated, brief periods of vertigo (dizziness with spinning sensations) when moving the head, lying down, turning over or getting up.

Dr Brewer adds it may be accompanied by nausea, vomiting or abnormal rhythmic eye movements.

BPV is thought to be the most common cause of vertigo; accounting for 20 per cent of cases. Symptoms usually last less than a minute.

There is no obvious cause for BPV. Dr Brewer said: ‘It may be due to oversensitivity to swirling movements of fluid inside the semicircular canals of the ear, which detect movement and position changes.

‘It may also be due to small crystals of calcium carbonate dislodged from other parts of the inner ear.’

Dr Brewer recommends avoiding movements that can bring on symptoms and visiting a GP if they do not improve.

She also advises people ask their GP about canalith repositioning, which is a procedure that includes specific movements designed to move dizziness-inducing particles that have collected in the inner ear.

Dizziness can be brought on by stressful situations and, in more serious cases, could be a symptom of a panic attack, along with feelings of fear and anxiety, sweating, nausea, shaking and heart palpitations.

Individual triggers vary from person-to-person and can range from a previous shock or trauma to an accumulation of stress over time.

This is probably one of the trickiest causes to tackle due to its complexity.

In the short term, Dr Brewer advises avoiding over-breathing as hyperventilation can increase symptoms. Instead, breathe slowly and deeply.

She also recommends taking supplements such as St John’s Wort, which is a traditional herbal medicine used to help relieve symptoms of low mood and mild anxiety. Check with a pharmacist first if you are taking any prescribed medicine.

Taking a bath with magnesium salts has also been shown to help relax both the body and mind. 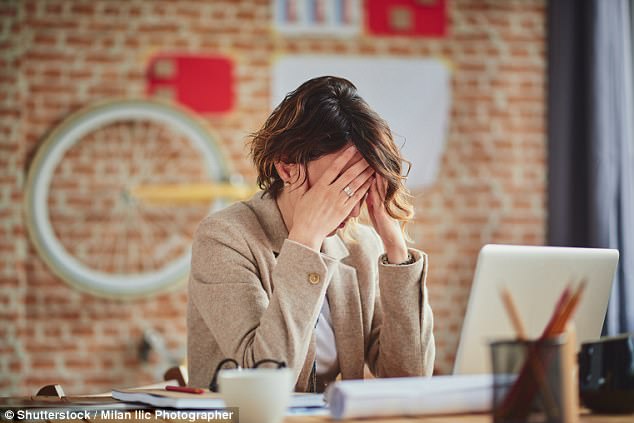 Dizziness or even vertigo can often be a signal of a migraine, particularly those accompanied by an aura.

It is usually combined with visual impairment, nausea and sometimes headache.

In terms of migraine-associated dizziness, avoidance of triggers is key. Stress, dehydration and neck strain are some of the most common.

If it is too late to stop the migraine, maintaining a good stock of paracetamol, aspirin or ibuprofen in your handbag is essential.

In particularly painful cases, it may be worth seeing your GP about triptans, which are targeted medications that cause the blood vessels in the brain to contract to prevent further dilation and worsening of the migraine.

Dr Brewer adds it can also be characterised by fluid or pus leaking from the ear, as well as ear pain and blurred or double vision.

She said: ‘Most cases are due to a viral infection. Rarely, it can result from an autoimmune condition which attacks the inner ear tissues.’

Drinking plenty of fluids, bed rest and anti-dizziness medication can help if the infection is viral, however, sufferers should see a GP as soon as possible for a diagnosis.

Labyrinthitis can be serious if not caught early enough and may result in loss of hearing if a bacterial infection is suspected. If bacterial, antibiotics will be required, as well as possible hospitalisation due to meningitis being a potential complication.