CCTV has captured the shocking moment a new mum watches on helplessly as a brazen thief drives off in her car with her newborn son still inside.

The footage shows the woman checking on her eight-week-old son sleeping in the back seat while waiting outside a unit block in South Modang in Melbourne’s northeast on Friday morning.

With the engine still running, she turns her back on the car for a few seconds, which was all that the thief needed to drive off in her white Hyundai Tucson as she gave chase and watched on in horror just metres away.

A mother (pictured) watches on in horror as a carjacker dries off in her white Hyundai Tucson, unaware a eight=week-old baby boy is sleeping in the back seat 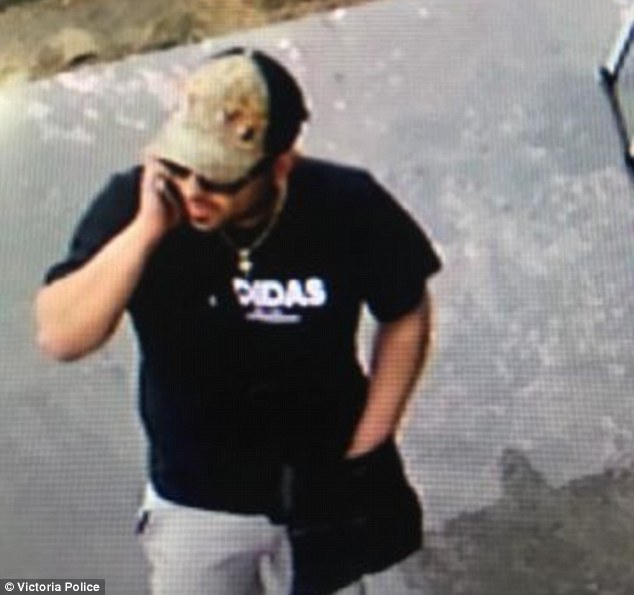 It appeared the carjacker was initially unaware he had a back seat passenger on board and abandoned the car at a nearby Home Maker Centre in Mill Park a short time later.

While the mum was reunited with her unharmed son shortly afterwards, a manhunt continues for the carjacker, who remains on the run on Friday night.

Witnesses have told of the moment the panicked mother rushed into a nearby medical centre seconds after the theft on Bush Boulevarde at around 10.20am on Friday.

‘She was quite worried, crying…she was very upset,’ Prathapkumar Subramaniam told 9 News. 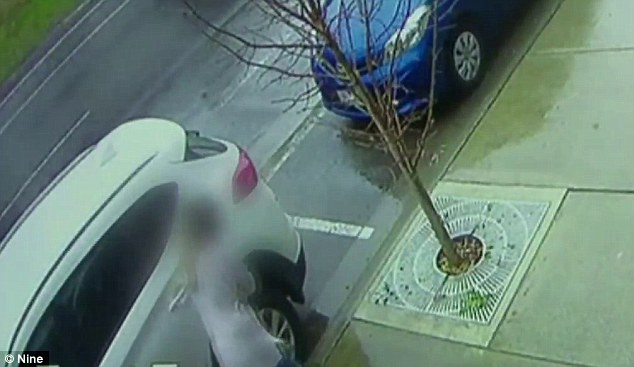 Police found the dumped car 20 minutes later with the baby still asleep in the backseat, unharmed in the dramatic ordeal.

The baby then was reunited with his relieved parents.

‘She (the mother) told me those 20 or 30 minutes was the hardest thing for her,’ witness Frank Sapri said.

Victoria Police have released photos and description a man they’re searching for. 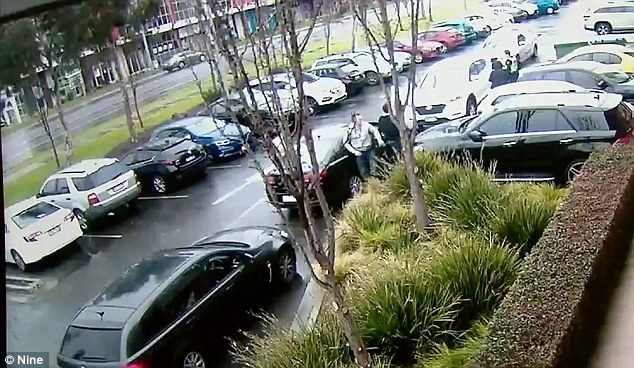 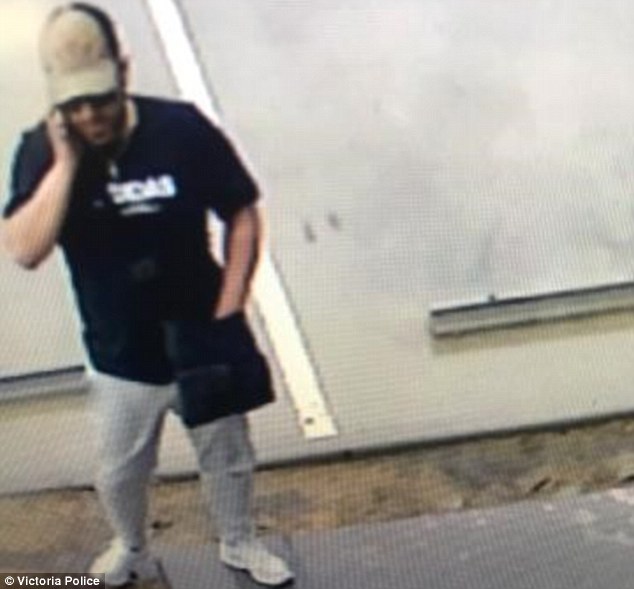 The man (pictured) is described as Caucasian, with light olive skin and medium build. Anyone who sees the man is urged to call triple-0

‘The infant was asleep the whole time and finally woken up by as you can imagine a very distraught mother when she was brought to the scene.’

Sgt Wassell hopes the incident acts as a reminder for parents to not to leave children unattended in the car.

‘She’s really hitting herself quite hard that even for a short time she left bubs in the car,’ he said.

CCTV shows the carjacker talking on the phone and was last seen fleeing the intersection of McDonalds and Plenty Roads in a westerly direction.

Anyone with information is urged to call triple-0. 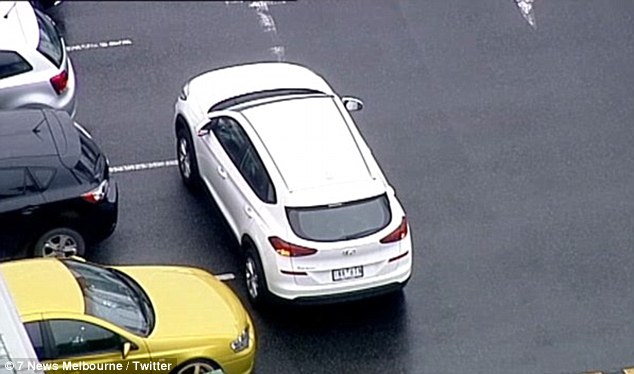 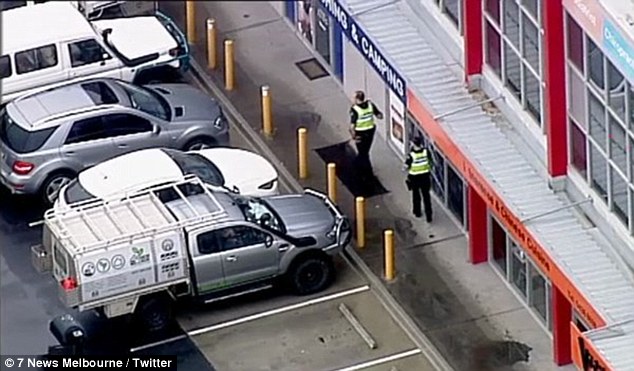