The Simpsons and Rick And Morty producer J. Michael Mendel dies at 54

The Simpsons and Rick And Morty producer J. Michael Mendel dies at 54… as some of his closest colleagues share emotional tributes

Four-time Emmy-winning animation producer J. Michael Mendel passed away at his home in the Studio City neighborhood of Los Angeles at the age of 54.

Mendel is best known for his longtime work on the smash hit show The Simpsons and Rick And Morty, as well as The Tracy Ullman Show.

Within hours of the devastating news, some of his longtime colleagues took to social media to pay tribute to their friend.

RIP: The Simpsons and Rick And Morty producer J. Michael Mendel died at the age of 54

Mendel’s wife Juel Bestrop, an Emmy-winning casting director who’s worked on Brooklyn Nine-Nine and Life In Pieces, confirmed to The Hollywood Reporter that he died of natural causes.

Mendel’s animated credits also include The PJs, Napoleon Dynamite, The Oblongs, The Critic, Kid Notorious, Drawn Together, Good Vibes, Shut Up and The Pitts.

He also served as a post-production supervisor on The Tracey Ullman Show before moving to The Simpsons in 1989 when it was spun off as its own series. 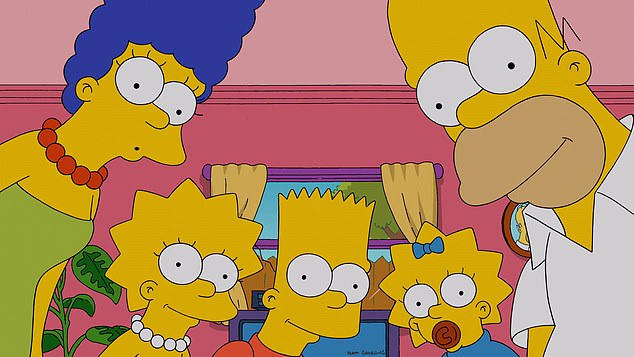 Mega hit: Mendel served as a post-production supervisor on The Tracey Ullman Show before moving to The Simpsons in 1989 when it was spun off as its own series

Distraught: Rick And Morty co-creator Justin Roiland said he was ‘devastated’ by news of Mendel’s death in a tweet on Monday afternoon

From there, the New York native served as line producer on Adult Swim’s Rick And Morty from 2013 to 2017.

The animation’s co-creator Justin Roiland tweeted,’ My friend, partner, and line producer Mike Mendel passed away. I am devastated.’

He added, ‘My heart breaks for his family. I don’t know what I’m going to do without you by my side Mike. I’m destroyed.’ 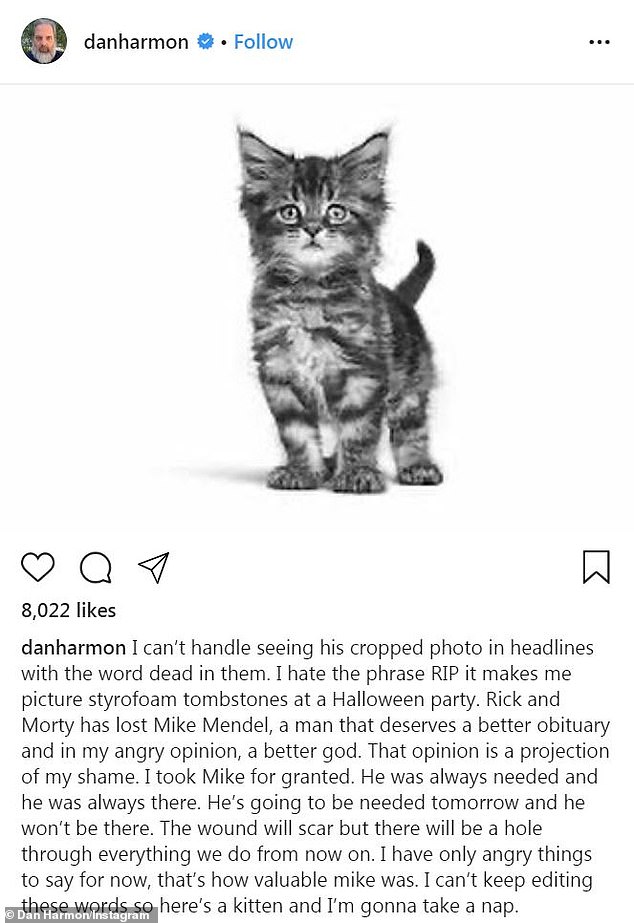 Fellow RAM co-creator Dan Harmon was equally distraught over the news when he shared his thoughts and emotions on Instagram.

‘I can’t handle seeing his cropped photo in headlines with the word dead in them. I hate the phrase RIP it makes me picture styrofoam tombstones at a Halloween party,’ he wrote in the caption of a picture of a cat.

After confessing that he took Mike for granted, Harmon talked about ‘how he was always needed and he was always there, adding, ‘The wound will scar but there will be a hole through everything we do from now on.’ 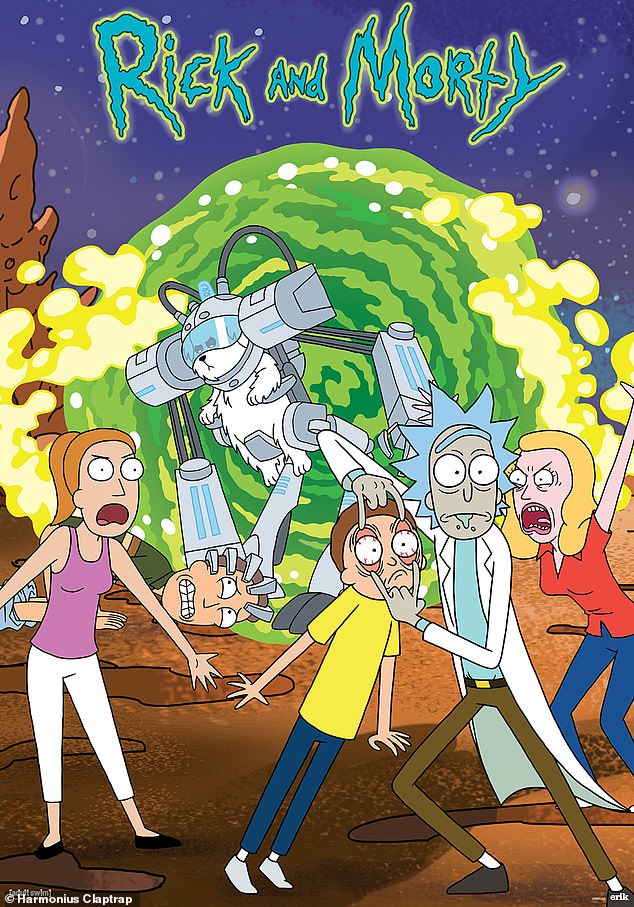 Tribute: Mendel has worked as line producer of Rick And Morty; Adult Swim called him ‘the heart of the Rick and Morty production family,’ in a statement

Adult Swim, adult-oriented nighttime programming on the Cartoon Network, called him ‘the heart of the Rick and Morty production family’ in a statement.

The religiously-followed comedy sees Rick drag Morty, and sometimes the rest of the family, on insane escapades to other planets, dimensions and realities.

It originated from an animated short parody film of Back to the Future — The Real Animated Adventures of Doc and Mharti — created by Roiland for Channel 101, a short film festival co-founded by Harmon.