You might trust your partner implicitly, but in long term relationships everyone is tempted to stray at some point, according to a performance coach, so it pays to know the warning signs.

Dr Amy Iversen, who is launching a new practice in London, provides executive coaching to high-performing individuals from the worlds of business, law, and medicine and has revealed to Femail the six major signs that proceed an affair.

‘No matter how strong you believe your relationship to be, it is likely there will come a day when your partner feels tempted,’ she told Femail.

‘Infidelity can be so painful, we often make ourselves blind to the signs. Whilst we may not always be honest with ourselves, women are intuitive.

‘We instinctively know when something is up. We have a sixth sense, and we should trust that.

‘Every relationship is different, but there are a number of indicators that proceed almost every affair. With a cool head and a cold hard look at the facts, the truth will reveal itself.

‘If you are smart and informed, you might even be able to avert the affair before it starts. Asking yourself the following six questions will reveal if you genuinely need to worry.’

1. What does his upbringing tell you?

Men that come from broken families with a history of infidelity are statistically more likely to follow suit.

A troubled or abusive childhood, or insecurity as a child can make a man more inclined to stray.

A strict or formal upbringing can increase the attraction of sexual exploration and delayed rebellion.

None of these criteria in isolation means anything. When found in tandem with other indicators they do make your suspicions more likely to be right.

2. What does his previous behaviour tell you?

What should you do if your partner is about to cheat?

Once you have complimented gut instinct with clear signs of his imminent affair, you’ve arrived at decision time. Every relationship is different. There is no best way to proceed, but there is one important question every betrayed partner must ask themselves. What is it you really want?

When you weigh up all the factors in this relationship, what are you willing to forgive to survive as a couple? Remember, most people that consider an affair have no intention of leaving their partners. It is rarely about love, and infrequently about the other person.

Often, it’s the idea of an affair that proves so alluring – affairs are risky, dangerous, labile. For your man, it’s often about a desire to feel special. To feel important. Valued.

Confronting your partner before they take the first step, reminding them of what they stand to lose will nearly always stop an affair before it starts.

Assuming your partner admits his mistake and doesn’t want to lose you, this doesn’t need to be the end of your relationship – at this point help from an experienced therapist or coach can be invaluable.

In years to come you may look back on this as the moment you re-found a spark; jealousy can be a powerful prompt for desire, and many couples report their best sexual experiences in the aftermath of an affair.

For most of the time our relationships drift along in cruise control without demanding attention. An affair can shatter that complacency and remind a couple what they really mean to each other. Better than that, there can be wider learning for the both of you.

The lessons gleaned from coming through an affair can have profound influences on other areas of your life. Discovery is available to both partners, if you will allow it. If both of you can come to see the affair as an ’emotionally enlarging’ experience, the shared trauma can forge deeper bonds.

Any of these can indicate a predisposition to infidelity. Another clue can be found through his social circle.

Does he have a lot of friends or close family who have been unfaithful to partners? His reaction to the past infidelity of others indicates where his moral lines are drawn.

3. What’s going on in his life right now?

Affairs are about so much more than sex. They are often less to do with the other person, and more about an individual’s struggle with their own identity.

Getting fired, getting promoted, retirement; any event in man’s life that affects self-confidence can increase interest in exploring sexual opportunity. Death is also a powerful aphrodisiac. The death of friends of family, or bad news from a doctor can make the idea of an affair more appealing.

Esther Perel, an authority on the psychology of infidelity, states that the most common reason given for having an affair is to ‘feel alive’. After a brush with death, an affair lets a man grasp life with both hands.

4. Have you noticed any changes in behaviour?

The excitement and flattery a man feels at the start of an affair manifests itself in noticeable changes of behaviour. He might suddenly be spending a lot more time on his appearance. New aftershave, an obsession with working-out, or uncharacteristically sharp clothes can be telling signs.

Affairs also require planning and subterfuge. Taking calls in a different room, hushed conversations, and engaging heavily with social media are classic symptoms of a man about to stray.

Often before a man begins an affair for real, he will become increasingly emotionally preoccupied with the object of his affection – called an emotional affair.

Is he talking a lot about someone in his circle at work? Quoting things that they have said for example. In the early stages, before the affair properly begins, he may not hide this from you. This is your chance.

5. Does your relationship feel different?

A man considering infidelity will find ways to emotionally justify his decision. He may suddenly become highly critical of your behaviour and looks. It may feel like he is continually looking for opportunities to start an argument.

He may cut off emotionally as he struggles with guilt. Conversation may never stray beneath the surface as he becomes paranoid about letting something slip. The prospective affair will probably affect your sex life in some way.

Titillated by the excitement, his libido may suddenly increase, or he could turn away from you all together. Moments of spontaneous affection or gifts can indicate a man coming to terms with betrayal. 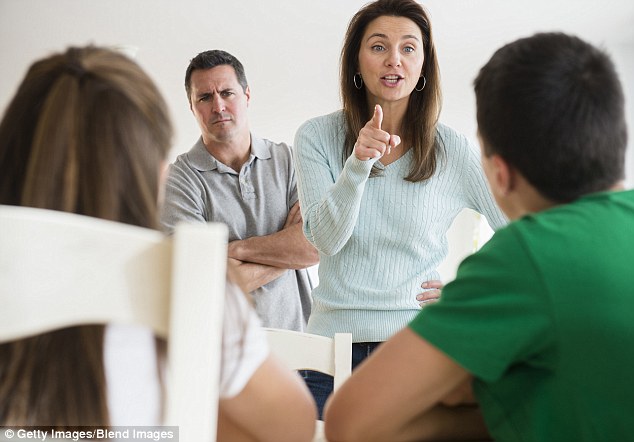 6. Has anything changed in your life?

Let’s make one thing crystal clear. His affair is not your fault. Changes within your own life, however, may influence the situation. Men are more open to the idea of an affair when they feel neglected.

The appeal of adultery is often the need to feel special once more. If something in your life is suddenly taking up a lot of your time, if you are tied up with the kids, if you’re working long hours or looking after an elderly parent, you may find you don’t have much to invest in the relationship.

You may be unable to lavish the attention on him you once did. Perhaps a health issue has occupied your time and your thoughts? Perhaps you’ve had an affair yourself? Anything that has left him feeling less important could contribute to the likelihood of his betrayal.