Pancakes are usually off limits if you’re on a diet, which is why slimmers have gone wild for a skinny version that contains just 55 calories.

Dieters have been snapping up packets of Skinny Pancakes and accompanying sugar-free Skinny Syrup so quickly that the new low-calorie breakfast sold out just six days after it first launched.

The £9.99 pancake mix, which makes 15 pancakes, are being raved about online by weight loss bloggers on Instagram, as well as those who follow the Slimming World plan. 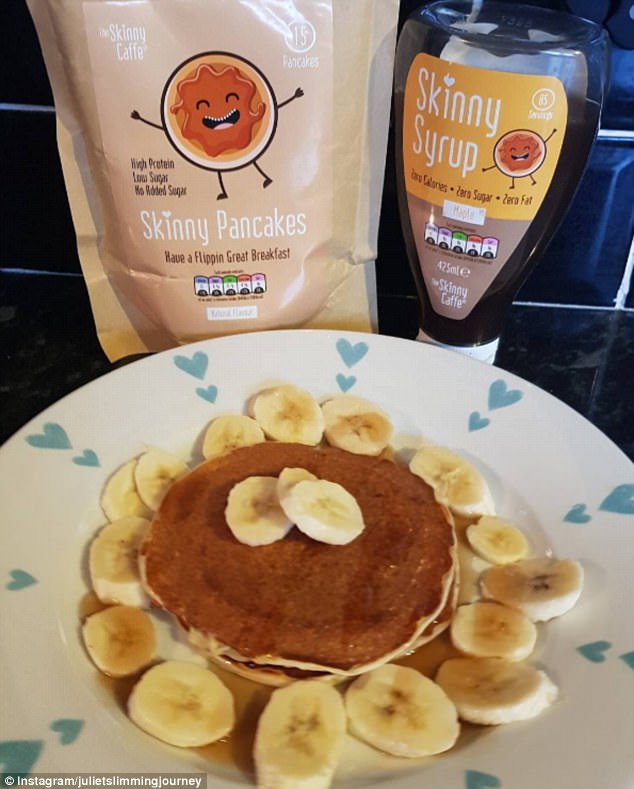 The pancakes can be bought alongside a vanilla or maple-flavoured Skinny Syrup, which doesn’t contain any calories

The pancakes by The Skinny Caffe, which are now back in stock and on offer for £8.99, are enriched with a protein blend and also contain oats and a zero-calorie sweetener.

One pancake contains 55 calories and is worth 0.5 syns on the Slimming World plan – compared to 143 calories for a typical pancake made using a mix.

And they are going down a treat with slimmers, who bought the entire stock of the packet mix within six days of the product’s launch on September 15.

However nutritionist Rob Hobson told FEMAIL that he’s worried eating even a couple of these pancakes won’t fill you up enough at breakfast time – and could lead to you eating a second meal. 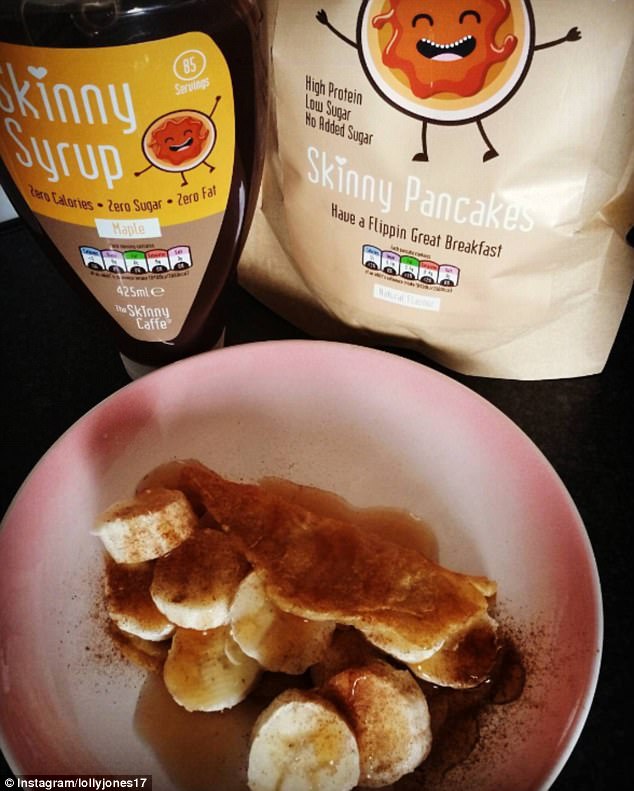 Slimmers have been sharing their Skinny Pancakes on Instagram 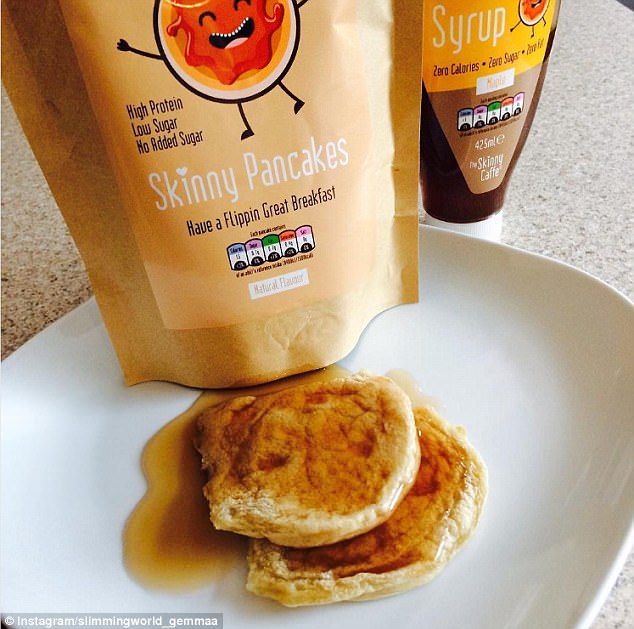 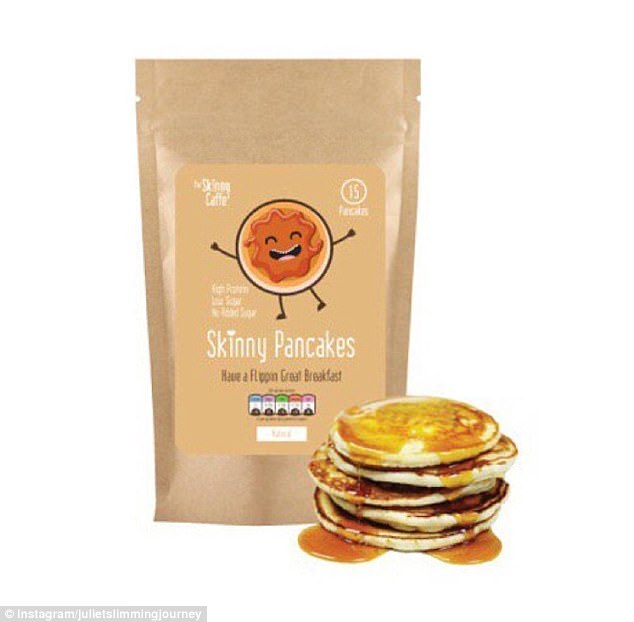 The pancakes are currently on offer for £8.99 on The Skinny Caffe Website

He said: ‘Protein pancakes are so popular at the moment and these do have a good source of protein.

‘However I don’t see them as making a whole meal. It’s a 15g serving, that’s only 55 calories. You’re probably still going to be scrabbling around for something else to eat which contradicts the whole idea.

‘They don’t appeal to me because I’m not a fan of protein shakes, but I can see how they can fit into someone’s diet plan if they are looking for something with lots of protein.

‘If I was going to eat them, I would serve them with some berries. The syrup doesn’t look too good. I’d just use maple syrup to be honest and maybe add a banana and some crushed nuts.’

However slimmers are going wild for the pancakes and the Skinny Syrup.

Julietsslimmingjourney described the low-calorie pancakes ‘epic’ on Instagram, while slimmingworld_gemmaa said: ‘I can’t get enough of these! Literally unbelievable how I can now enjoy fab tasting pancakes and syrups on plan!

‘Hats off to Skinny Caffe, I think SW members are going to go crazy for these delicious healthier brekkie alternatives.’

It follows a trend for low-calorie versions of traditionally indulgent foods and drinks.

Earlier this year, Skinny Coffee Club launched a six-calorie coffee that claims to help you dramatically drop pounds in just 28 days, as well as clear up your skin and reduce wrinkles.

However nutritionist Rob Hobson dismissed the coffee as a ‘gimmick’ to FEMAIL, and said there is ‘no evidence’ that the coffee will help you drop a dress size.