The small object that could unlock the mystery of the Ruby Princess: Police storm coronavirus-stricken ship to seize vital evidence before questioning the captain over the debacle that’s left 15 dead and 600 infected

By Charlie Moore and Alison Bevege For Daily Mail Australia

Police have sized the black box from the Ruby Princess cruise ship to find out what crew members said to each other and port officials before hundreds of COVID-19 patients disembarked in Sydney.

The fire-proof recorder, similar to those used in airplanes, was seized by police who boarded in hazmat suits in a night-time raid.

Other evidence was seized and the ship’s captain was questioned as detectives ramped up their investigation.

About 1,000 crew are still on board the ship which is docked at Port Kembla, south of Wollongong.

Three-quarters of them have said they are happy to stay on board in isolation isolation before they can fly home to 50 countries, NSW Police Commissioner Mick Fuller said. 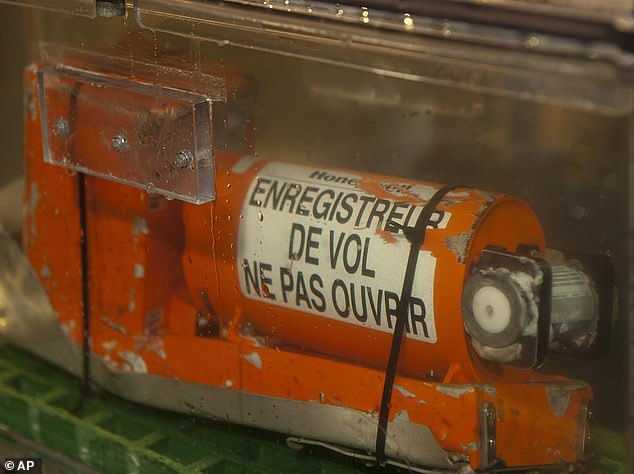 Police have sized the black box from the Ruby Princess cruise ship. Pictured: The sealed flight data recorder from the 2009 Air France flight that went down in the mid-Atlantic

A team of 30 police from state crime, counter terrorism and marine area command are investigating the communications and actions which led to the docking and disembarking of the cruise ship in Sydney Harbour on March 19.

The first briefing into the investigation was held on Wednesday morning, before officers dressed in gas masks, goggles and white hazmat suits boarded the vessel at 7pm that day.

Photographs show several detectives boarding the ship while uniformed officers spoke with men in suits on the dock. 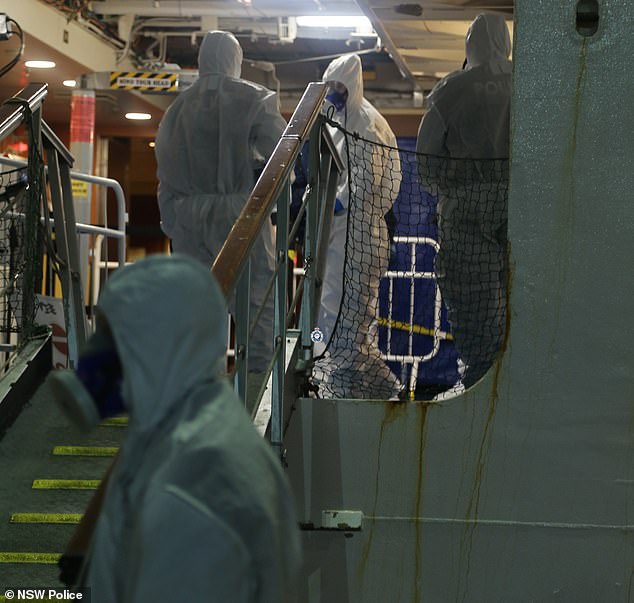 ‘The operation is being conducted under the strictest health and workplace safety guidelines,’ police said in a brief release on Wednesday night.

The cruise ship docked in Sydney on March 19 after a tour of New Zealand, letting 2,700 passengers, some showing coronavirus symptoms, leave for their homes around Australia and across the world.

The incident sparked multiple COVID-19 outbreaks around Australia with at least 600 confirmed cases and 15 deaths linked to the ship – making it the single biggest source of infection in Australia.

A 62-year-old Adelaide woman became the 15th passenger to die from the ill-fated cruise liner late on Tuesday night. 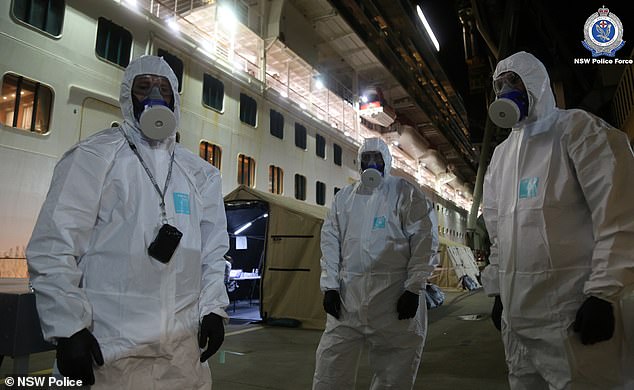 Police wore gas masks, eye goggles, gloves and white biohazard suits during the boarding of the vessel which on Monday had 200 crew members showing symptoms of the virus 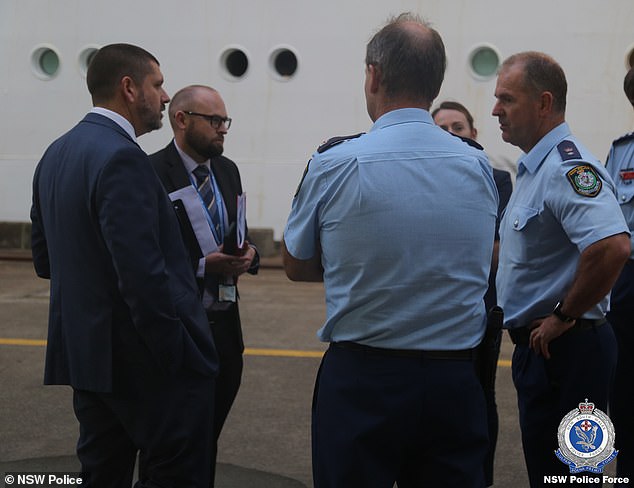 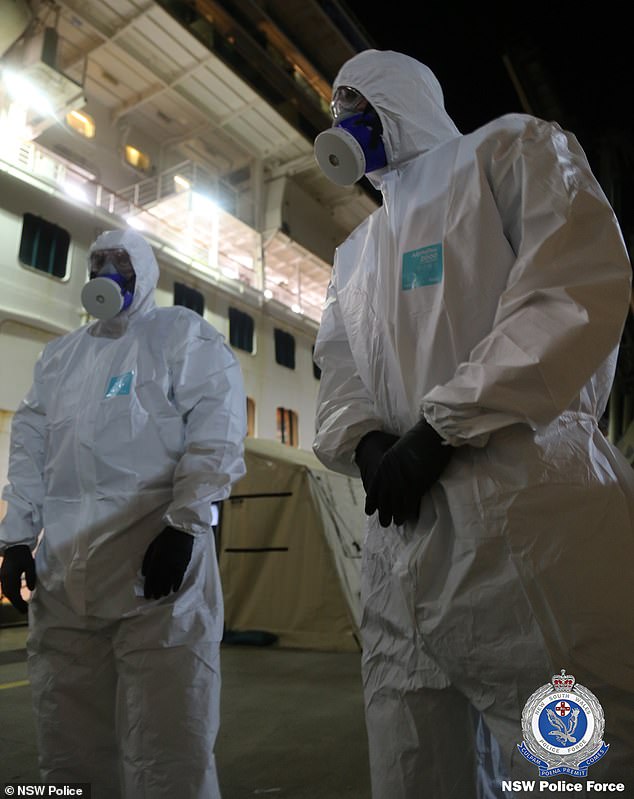 Earlier this week NSW Police Commissioner Michael Fuller announced a criminal investigation into the actions that led to the Ruby Princess docking.

Thirty specialist detectives from State Crime Command, Counter Terrorism and Special Tactics and Marine Area commands along with police intelligence analysts have been drafted to Strike Force Blast to investigate the cruise ship debacle, NSW Police said in a release on Wednesday.

The team is based out of the homicide squad which normally investigates suspicious deaths.

Police sought approvals to board the Ruby Princess on Wednesday morning and are expected to remain aboard for several days, The Australian reported.

The Australian Border Force (ABF) has said it it received a phone call from the Port Authority of NSW hours before the Ruby Princess docked, expressing health concerns about the passengers.

The ABF said in a statement on Wednesday the cruise ship was cleared to dock by NSW Health despite several passengers on board being tested for coronavirus, ABC News reported.

NSW Premier Gladys Berejiklian has said ‘all of us’ have to take responsibility for the ship docking in Sydney last month.

The coronavirus-infected Ruby Princess remains contaminated with 200 of the 1400 crew members stranded aboard on Monday showing symptoms of the virus and 17 others testing positive, The Guardian reported.

It is not known how the crew will be repatriated to more than 50 different home countries or where the ship will go next.

Daily Mail Australia asked NSW Health in February and March whether it had plans to build field hospitals – which could be used to quarantine mass coronavirus patients such as those on the Ruby Princess – but did not receive an answer. 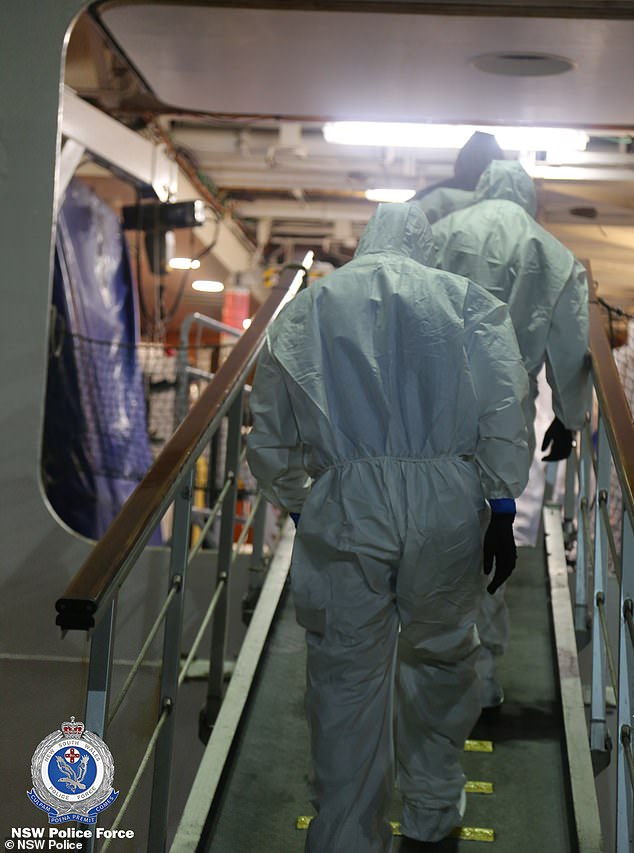