There is much to applaud in Disney’s latest version of The Lion King.

Technical genius, thrilling realism, a compelling story of the triumph of good over naked ambition. And, like its animated predecessor, no real animals were used in the making of the film.

That may seem a strange thing to say, coming from an actress who worked with many living lions to make the 1966 film Born Free.

But when my late husband, Bill, and I played the roles of legendary conservationists, George and Joy Adamson, and their ultimately successful efforts to return an orphan lioness, Elsa, to the wild (something people at the time said couldn’t be done), there were no computer-generated graphics or animation that could do the story justice. It was real lions or nothing.

Today, I am vehemently opposed to the exploitation of wild animals for entertainment — in circuses, as pets, or in zoos. This is why I find it so inexplicable and disappointing that Disney continues to parade live lions and other creatures in its Animal Kingdom in Florida.

I can never see a lion in a cage or ‘enclosure’ in a zoo and feel anything other than a profound sense of guilt and shame. Because the sorry truth is lions are in serious trouble. Back in 1964, when Bill and I used to walk with these creatures on the plains that lay in the shadow of Mount Kenya, it seemed like Africa went on for ever, and that lions were innumerable.

I am told that across the continent there may have been up to 200,000 lions half a century ago, but now there could be fewer than 20,000 — a 90 per cent collapse in less than a human lifetime. How could this be possible? The reasons are both simple and complex. 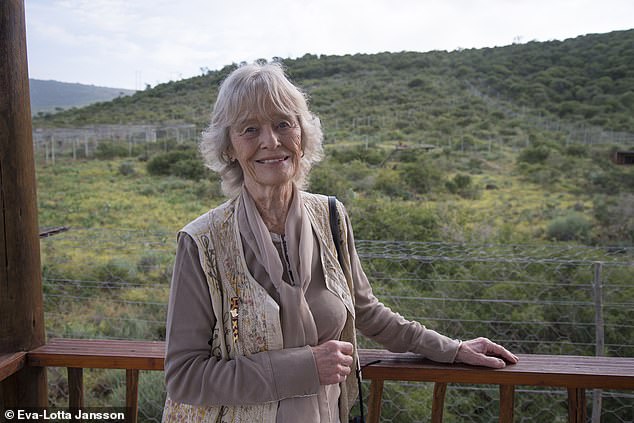 Virginia says today she is ‘vehemently opposed to the exploitation of wild animals for entertainment’ – in circuses, as pets, or in zoos

But at the heart of it are the actions of the most rapacious, senseless and self-centred species on earth — us. Lions are persecuted for predating on the millions of livestock that have come to share their heartlands.

They are poisoned, shot and speared. Lions are killed when they come too close to human settlements — which is described as lions encroaching on where people live when, in reality, it is humans who have invaded the lions’ habitat.

Wild lions now inhabit just 8 per cent of their historic range, while the human population is set to increase threefold across Africa by the end of the century.

Talking of greed, lions are the target of one of the most despicable of human practices – trophy hunting

However, we must not be fooled into thinking that it is the sheer number of people that is the issue. A British or American citizen is likely to consume four, five, six times the natural resources of the average Kenyan during their lifetime. Our greed is equally to blame.

And talking of greed, lions are the target of one of the most despicable of human practices — trophy hunting. To think that a tiny number of the world’s elite get their kicks from travelling to Africa to kill elephants, leopards, giraffes, rhinos and, yes, lions for fun sends a shiver down my spine.

For what? So the ‘courageous’ hunter who has pitted his or her wits against the king of beasts (from behind a high-powered rifle) can brag of their bravado to their friends as they look up at the dead, glassy-eyed stare of the lion’s head on their wall. We may be humans, but we are far from humane. 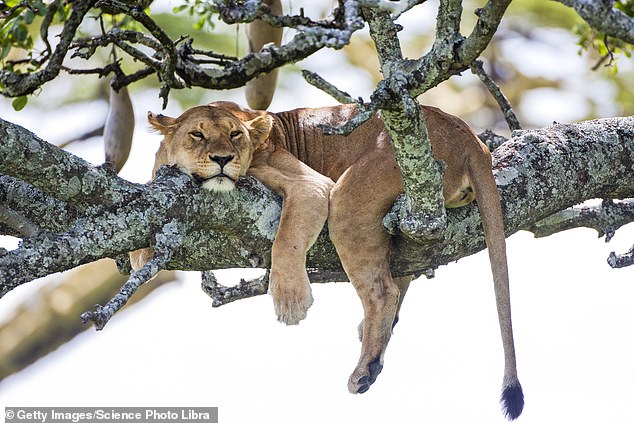 Wild lions now inhabit just 8 per cent of their historic range, Virginia says, while the human population is set to increase threefold across Africa by the end of the century

Lions are magnificent, fierce, loyal and brave. Each one is an individual, yet collectively they are symbolic of all that is wild and free. That is my enduring understanding of them — an understanding imparted to Bill and myself by our great teacher, George Adamson, in those far-off Born Free days.

So, well done to all involved in The Lion King. I give the concept four stars. If Disney dispensed with its determination to display lions in captivity it would have been five.

Born Free, the charity I founded with Bill and my eldest son Will 35 years ago, will do what it can for lions: protecting habitats, fighting captive exploitation, challenging the growing trade in them, calling on the social media generation to stop taking those ridiculous ‘selfish selfies’ with lions and other captive wild animals.

I hope that the audience will not mistake the Disney magic for reality. The future for lions is not in Los Angeles, or London, or Shanghai. It is on the wide open spaces of Kenya where, with our partners at the ever-vigilant Kenya Wildlife Service, the battle for survival will be won or lost.

My one hope is that, if millions of people are inspired by The Lion King and Simba’s triumph, they will turn to an organisation like ours, which is committed to the conservation of lions in the wild where they belong, and take pride in helping transform glorious fantasy into conservation reality.

Virginia McKenna is co-founder of the Born Free Foundation (bornfree.org.uk)