Young Australians sick of unaffordable housing are increasingly moving to regional areas as available jobs outside the big cities surges to a record high.

With Sydney and Melbourne houses beyond the reach of average-income earners, Generation X and Millennials are flocking to provincial centres and small towns as working from home becomes more common.

One remote town in South Australia has seen migration from the big cities double during the past year with 31 the average age of these new residents.

Millennials are also making up the majority of new residents moving from the big city to the Gold Coast, Geelong, Newcastle and Wollongong.

Younger adults are so fed up with unaffordable housing that one third of Domain searches for properties in regional NSW came from Sydney.

Domain’s research director Nicola Powell said a 40 per cent surge in Sydney’s median house price between June 2020 and March 2022 meant a home in a regional area was a better option, even as the property market cooled.

‘We are expecting the slowdown in price growth to continue and purchasing conditions to improve for buyers but it is unlikely we will see a return to pre-pandemic prices,’ she said.

‘Affordability continues to play a significant role in home searches.

‘This is happening across Sydney and regional areas, particularly as people are being drawn out of the city.’

A Domain report on the NSW property market showed Gen X and Millennials, aged 25 to 44, were the biggest group moving to regional areas of the state for ‘affordability, a laid-back lifestyle and more space’.

One third of searches on the property sales site for a regional home in April came from Sydney.

Homes in Wollongong and Newcastle are also selling fastest, indicating younger adults are drawn to areas within a two-hour drive of Sydney.

The Commonwealth Bank, Australia’s biggest home lender, has also released a report showing younger people were the largest proportion of movers to regional areas in March.

The Regional Australia Institute think tank, which compiled a March quarter report with CBA, said affordability was a key driver.

Ceduna, a coastal council area 800km north-west of Adelaide with just 3,400 people, saw the number of people moving there from a capital city doubling in the year to March, or rising by 114 per cent, with 31 the average age of new residents.

The South Australian town of Mount Gambier had an 85 per cent increase while Port Augusta north of Adelaide had a 74 per cent rise. 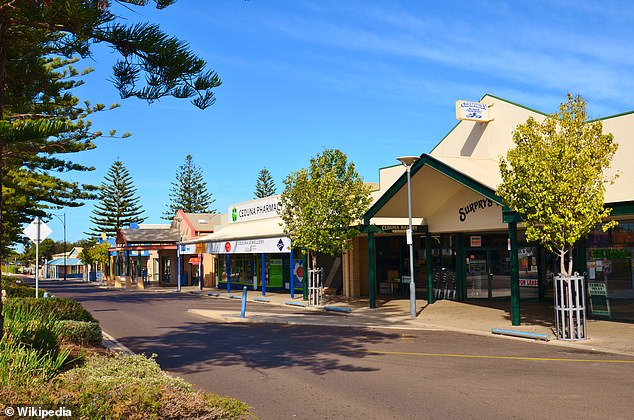 Ceduna (pictured), a coastal town north-west of Adelaide, saw the number of people moving there from a capital city doubling in the year to March, or rising by 114 per cent, with 31 the average age of new residents

The average age in both of these towns was 29.

Moorabool near Geelong had a 56 per cent increase as did the Western Downs region in southern Queensland, with 35 and 30, respectively, the average age of new residents.

The research also showed Millennials made up between half and two-thirds of regional migration to the Gold Coast, Geelong, Newcastle and Wollongong in the year to March.

Regional Australia is also home to a jobs boom with a record-high 85,927 positions  available in May, marking a 24 per cent increase compared with a year ago, National Skills Commission data showed. 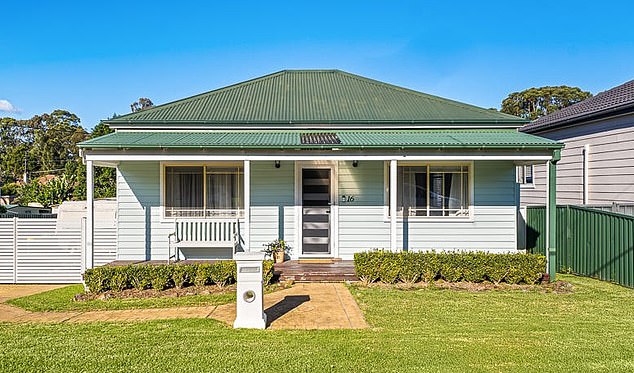 The Domain report on regional NSW showed houses at Russell Vale (house pictured) , in Wollongong, were the fastest to sell, with nearby Haywards Bay also on the list

Outside the capital cities, the Gold Coast last month had the most job vacancies of 7,265, followed by Newcastle and the Hunter (6,466 vacancies), the Sunshine Coast (3,842 vacancies), Victoria’s Gippsland region (3,060 vacancies) and the New South Wales Central West (2,406 vacancies).

The Gold Coast also had the highest share of regional migration at 11 per cent,  followed by the Sunshine Coast (5 per cent), Geelong (4 per cent), Wollongong (3 per cent) and Newcastle (2 per cent), in the Commonwealth Bank-Regional Australia Institute report.

The Domain report on regional NSW showed houses at Russell Vale, in Wollongong, were the fastest to sell, with nearby Haywards Bay also on the list.

The Newcastle suburbs of Hamilton North and Mayfield East were also in the top five, along with Yanderra in the Southern Highlands.