The Sydney Sphinx: Mystery behind astonishing face carved into a rock is exposed as locals prepare to hunt down the hidden bucket list find

A walker has snapped an image of a Sphinx-like rock carving on the cliffs of Sydney, with hundreds of locals saying they’d be hunting down the hidden rock.

The photo showed a Sphinx bust carved into a rock, with half of it covered in moss on the popular Manly to Spit walking track in the northern beaches region.

Kevin Decosta, who posted the photo on Sunday, told Daily Mail Australia there are ‘a number of’ other sculptures scattered around the northern beaches.

‘Two others that I know are on private waterfront properties on the Pittwater [Bay] … as for the others, there are two around Newport,’ Mr Decosta said. 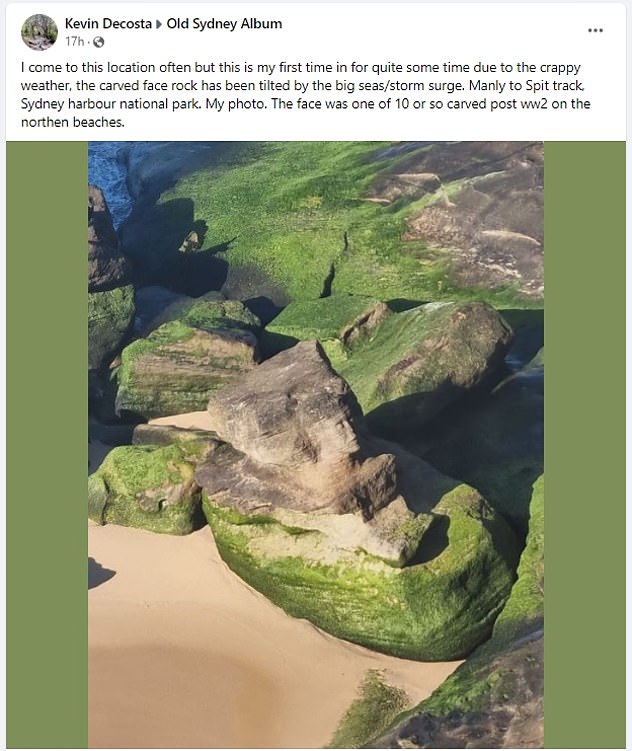 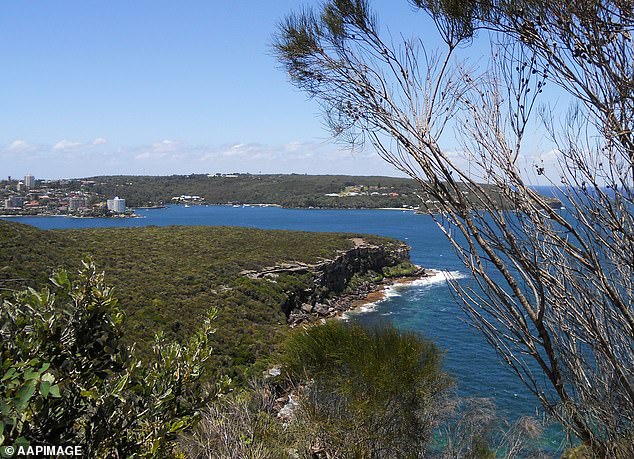 The unusual rock art was found along the Manly to Spit track, with claims there were nine others in the Northern Beaches area (pictured, a view from the track)

He said the rock he took a picture of had been shifted by recent weather events.

‘I come to this location often but this is my first time in for quite some time due to the crappy weather,’ Mr Decosta wrote on Facebook.

‘The carved face rock has been tilted by the big seas/storm surge. Manly to Spit track, Sydney Harbour National Park. My photo. The face was one of ten or so carved post-WWII on the northern beaches.’

The post led to social media responses guessing where it was exactly, with one claiming it was at Washaway Beach, a small bay on the track.

One suggested the carving could be from a commune of artists squatting on the cliff in the 1970s.

Another said they would put the Sydney Sphinx on their bucket list, while others said they had no idea it existed. 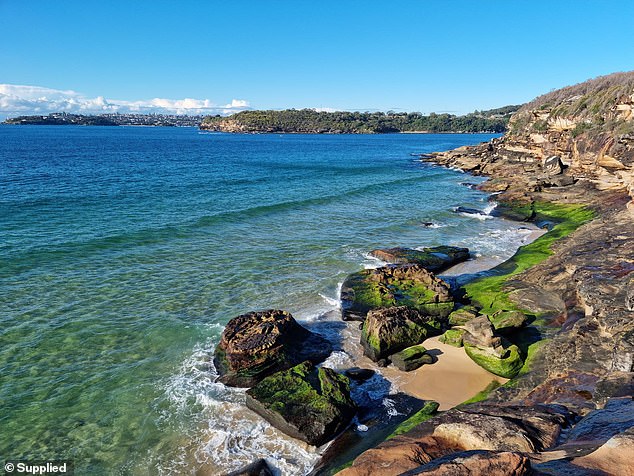 The carved face was found at Washaway Beach (pictured), one of the small bays on the Manly to Spit walk 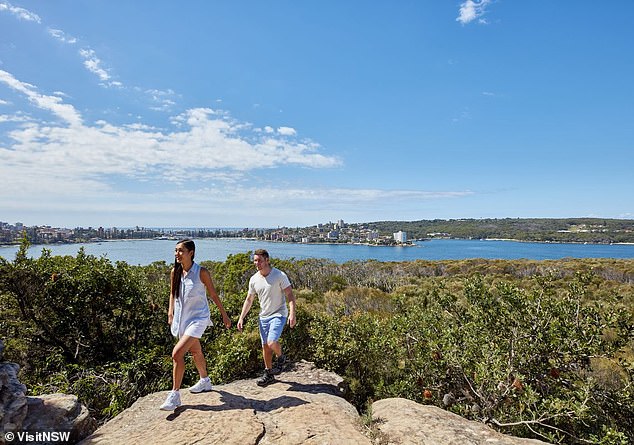 One social media user said they would put the Sydney Sphinx on their bucket list, while others said they had no idea it existed (pictured, the area where the formation was found)