By Philip Hensher For Event Magazine

Portrait photographers have a difficult life nowadays. Everyone photographs themselves and everyone else, all the time, with instruments of ever-increasing quality. What’s to distinguish the work of a professional, or justify it?

The Taylor Wessing Prize, now at the National Portrait Gallery, has this year been awarded to the wrong photographers. But the exhibition also contains some superb work, and is much more varied than usual. 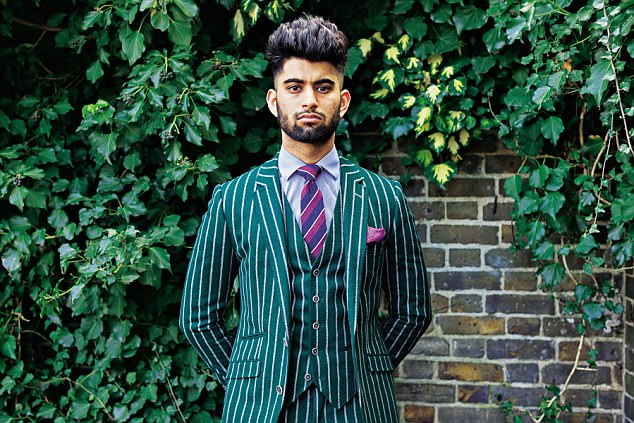 Mahtab Hussain’s portrait of his brother in a magnificent green suit (above) is a good example: it’s exactly how the subject wants to be shown, a peacock displaying on his own terms 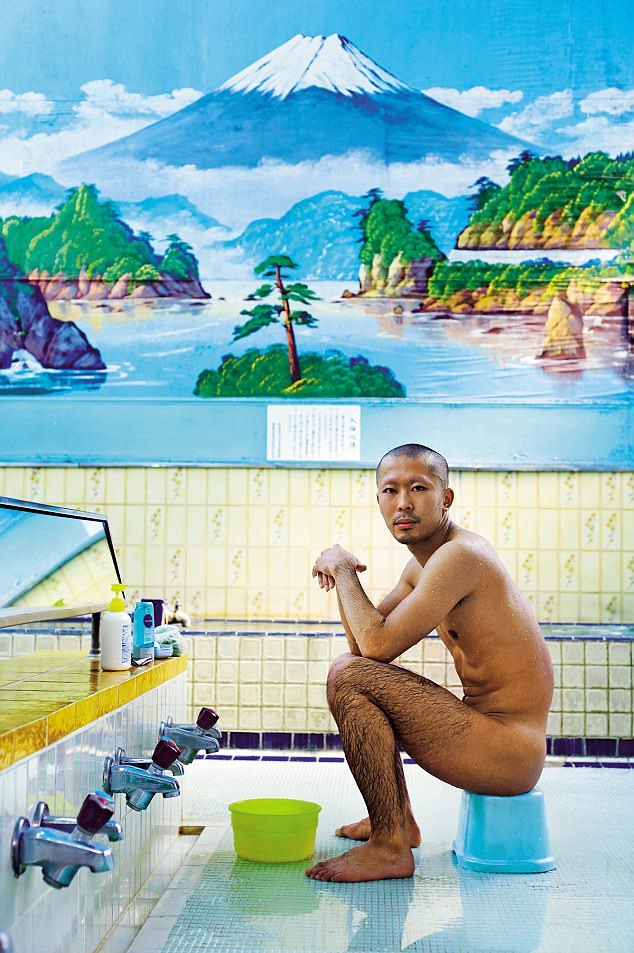 This is an exhibition full of talent, both quirky and intimately understated. Above: Sentō Bather by Simon Urwin

The three prizes go to César Dezfuli, for an over-composed portrait of a Malian refugee against the sea; to Abbie Trayler-Smith for another portrait of a refugee, a woman in Iraq behind a coach window, blurred like tears; and Maija Tammi’s glossy image of a humanoid robot.

The best work is actually elsewhere, often achieved by photographers who are working with subjects they know well. The sitters can be given the freedom to strike a pose. Mahtab Hussain’s portrait of his brother in a magnificent green suit is a good example: it’s exactly how the subject wants to be shown, a peacock displaying on his own terms. The photographs in the exhibition I loved best are by Mitchell Moreno. In one, lit like a Vermeer, a naked lover washes his feet in the kitchen sink. Tender, unaffected and warm.

It remains a challenge to do something interesting with a commission. Benjamin Rasmussen had all of 30 seconds with President Trump before he walked out; the result, one of only two shots Rasmussen managed to take, is an implausible triumph, the back of the head and a ghostly, grumpy reflection in the mahogany door.

The Mail on Sunday’s own Ian McIlgorm contributes a fine image of the painter Jack Vettriano, whose heavy boots alongside discarded Christian Louboutin stilettos unobtrusively tell rather a sexy story. 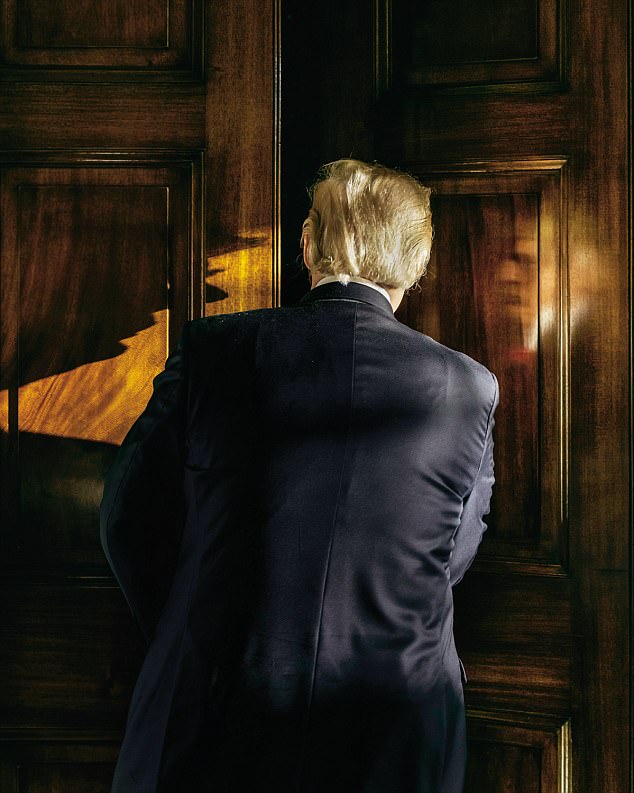 Above: Benjamin Rasmussen’s portrait of Trump. Rasmussen had all of 30 seconds with the President before he walked out

Others are not so successful. Charlie Clift’s Premier League commission to photograph some Calcutta boys who had been taking part in a football programme looks deeply uncomfortable, like a corporate attempt to create a huge new market for team strips rather than an engagement with this rich culture.

The exhibition is a mixed bag, as usual, and the big prizes go to the predictably worthy. Don’t be put off, however: this is an exhibition full of talent, both quirky and intimately understated.

Sue Macartney Snape is known for her books and newspaper cartoons that gently lampoon this country’s upper classes.

This exhibition, featuring 40 watercolours, finds the artist on familiar form. Antiques fairs, charity balls, nights at the opera, days at Ascot – all get the Macartney Snape treatment. 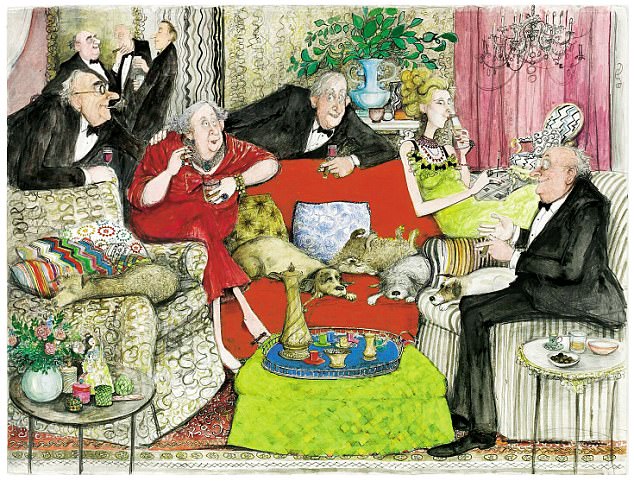 In The In-Laws’ First Meeting, two fathers make awkward conversation, while two mothers sit in awkward silence at opposite ends of a chaise longue.

Overall, this is a show of good humour and intentions, depicting the sort of people who – even if not recognisable from one’s own social circle – are quirky and rather likeable. Although perhaps there are a few too many pictures of cheeky dogs outmanoeuvring their owners.