The teething gels that contain sugar, alcohol and a controversial anaesthetic

A dentist from Public Health Wales asked the Medicines and Healthcare products Regulatory Agency (MHRA) to review the 14 teething products licensed in the UK.

Of these, nine were found to contain the common sugar sucrose, alcohol or the controversial anaesthetic lidocaine.

Twenty two adverse events, including deaths, have occurred in the US as a result of lidocaine at a concentration of two per cent.

The study found the numbing agent occurs at concentrations ranging from 0.33 to one per cent in six teething products.

A review by Public Health Wales and the Medicines and Healthcare products Regulatory Agency found Bonjela Teething Gel (pictured) contains alcohol. An expert warns exposing babies to alcohol may affect their brain and motor development, as well as worsening crying 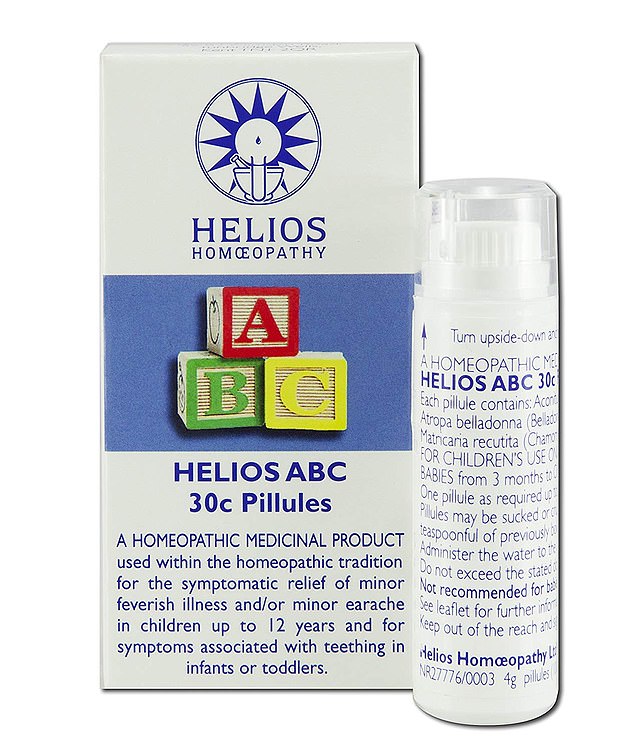 Helios ABC 30C Pillules (pictured) is a homeopathic remedy that contains the common sugar sucrose. This ferments in the mouth to form acid, which can then decay delicate milk teeth

‘Buying a licensed product should offer confidence you’re making a safe choice. The reality is consumers are navigating a minefield of potentially harmful ingredients.

‘We need to see real change in the way these products are licensed and marketed, and clear guidance so parents understand the risks.

‘If your little one is suffering then a teething ring kept cool in the fridge is all you need.’

Dentist Nigel Monaghan noted an increase in parents asking advice on teething gels, he wrote in the British Dental Journal.

He got in touch with the MHRA, which provided details of all products licensed for teething in the UK. The body was also asked about potentially harmful ingredients.

Teething granules and pills are licensed as homeopathic or herbal products. All the gels, with the exception of Nelson’s Teetha Teething Gel, hold full product licences.

Of the 14 products, half were found to contain alcohol, while two contain sucrose, the British Dental Journal reported.

The homeopathic remedy Weleda Chamomilla 3X granules lists both sugar and alcohol as ingredients, and therefore ‘presents the greatest concern’.

Consuming sugar puts children at risk of dental decay, Dr Monaghan warned. Milk teeth are particularly susceptible due to their enamel and dentine having a lower mineral content.

When sugar in the mouth is fermented into acid, teeth lose minerals and decay sets in.

‘The use of sucrose as a teething product is unwise both in terms of the short-term risk of acid attack on the teeth and in terms of a child developing a sweet tooth,’ Dr Monaghan wrote.

In terms of alcohol content, he warns the brain of a baby is just 30 per cent the size of an adult’s, with ‘considerable development [occurring] between birth and age three’.

Even consuming low doses of alcohol through breast milk is associated with ‘an increased propensity for crying and poor sleeping’.

Babies exposed to alcohol are also said to be at a higher risk of low blood sugar and impaired motor development.

‘Products with alcohol should be avoided,’ Dr Monaghan wrote. ‘There are teething products available containing neither sugar nor alcohol’.

As well as alcohol, Anbesol Teething Gel (pictured) contains one per cent lidocaine

Six of the products contained lidocaine. This occurs at a concentration of 0.33 per cent in three of the gels.

It is also in Bonjela Junior Gel at 0.5 per cent, Boots Teething Gel 3 Months Plus at 0.6 per cent and Anbesol Teething Gel at one per cent.

The 22 serious adverse reactions in the US were linked to incorrect dosing or accidental ingestion.

‘Risk of lidocaine overdose will be higher for the products with the greater concentration of lidocaine,’ Dr Monaghan wrote.

‘It would seem wise to steer parents away from the use of lidocaine containing products and the higher-strength products in particular, to minimise the risk of overdose.’

The MHRA announced last December teething products that contain lidocaine will only be available ‘under the supervision of a pharmacist and should be used only where other measures have not provided relief’.

Dr Monaghan stresses this ‘is not the same as proof of ineffectiveness’. He questions, however, ‘Can a product without evidence of eﬀectiveness be regarded as one which works well?’

On the back of the study, he is calling for health officials to release ‘simple and consistent advice’ on teething products for new parents.

A spokesman for the MHRA said none of the products it licenses contain sucrose. The two products that contain sugar are classed as homeopathic.

He added alcohol prevents products spoiling, is present at very low levels and may help active ingredients ‘penetrate’ the gums.

‘To help babies and children with teething, parents and caregivers should try non-medicine options such as rubbing or massaging the gums or a teething ring,’ the spokesman said.

‘If you suspect your child has experienced a side effect to a medicine, please report this to us through our Yellow Card Scheme.’ 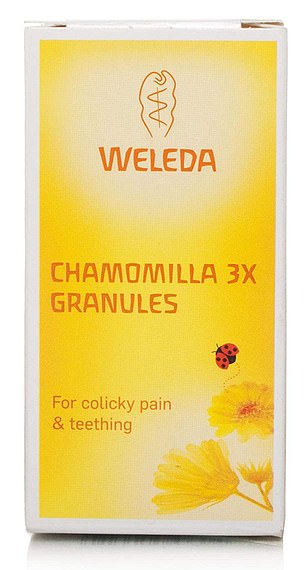 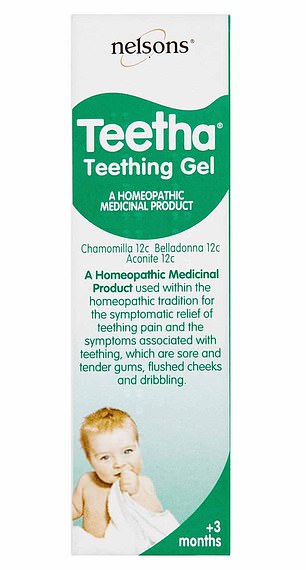 What can you do to help your baby’s teething pain?

Plastic teething rings – which are on sale at the supermarket and pharmacists – can be helpful, particularly when it comes to sore gums.

Rubbing their gums with a clean finger or moistened gauze pad can also ease their pain.

Giving your baby a dummy might also help, as they can use it to soothe themselves.

You can also try over-the-counter remedies, including teething gels such as Bonjela and Teejel, or paracetamol syrup.