The tell-tale sign of Lyme disease: Mother’s photo of her ‘bullseye’ rash after walking her dog

A mother has shared a photo of the ‘bullseye’ rash that proved to be a sign of her Lyme disease.

Kate Allen, 28, from Leicester, spotted raised bumps on her skin after walking her dog through long grass in the park in 30°C.

Three days later, she had expanding circular red areas on both legs with a clear centre forming a pattern, some reaching 12 inches (30 cm) across.

Feeling feverish, lethargic, and more forgetful, a doctor diagnosed a mild form of Lyme disease – an infection spread by ticks.

Spotted early, it can be diagnosed with antibiotics. But left untreated, Lyme disease can have serious complications.

Kate Allen, 28, has shared a photo of her ‘bullseye’ rash to raise awareness of the early signs of Lyme disease after she contracted the infection 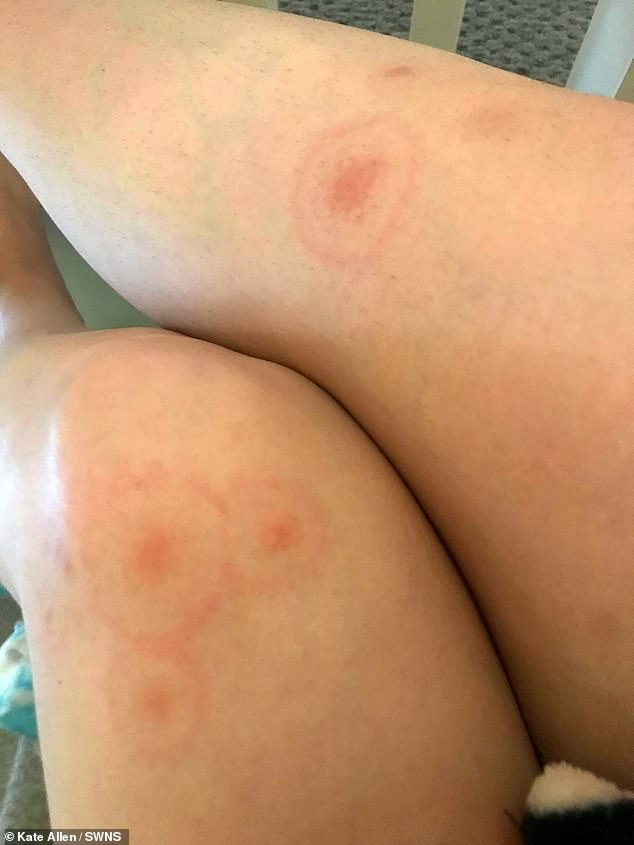 Ms Allen had circular red areas on both legs with a clear centre forming a pattern – also known as a ‘bullseye’ rash (pictured). She shared her photo on social media to raise awareness 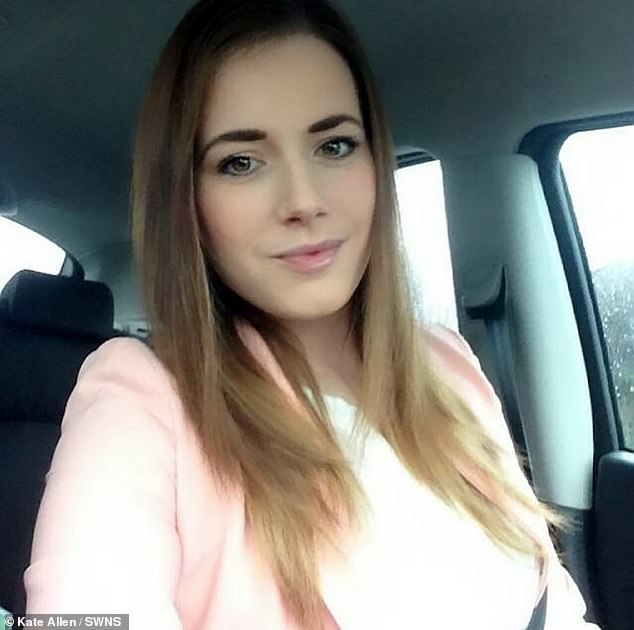 The mother-of-three, from Leicester, spotted raised bumps on her skin after walking her dog through long grass in the park

Ms Allen said: ‘All I did was go on a family dog walk in a field – I didn’t notice straight away. That is the worrying thing. I did start to notice the bites later in the evening.

‘The symptoms began when I started to feel very tired. I had a temperature and became more forgetful than usual.’

HOW CAN YOU PREVENT TICK BITES?

Repel Ticks on Skin and Clothing

Find and Remove Ticks from Your Body

Ms Allen, who runs a caravan hire company and has three children, went to the pharmacist but they insisted she saw a doctor who confirmed she had been bitten by a tick.

She said: ‘I almost didn’t go doctors as it wasn’t painful but if you look up just how serious this can be I’m so so glad I did.’

The doctor prescribed a 21-day course of antibiotics to treat the disease and stop it from spreading.

However, she said: ‘I still feel very worried as the antibiotics aren’t a guarantee.’

Ms Allen shared a picture of her rash to help raise awareness for the disease and it has been since shared over 187,000 times.

She said: ‘I would urge anyone to keep an eye on any bites as I shrugged it off only went to the pharmacist as I googled the rash and they insisted going doctors straight away.

‘It’s great to see the power of social media in a positive light to spread awareness.

‘I would have never known about this until I went to the pharmacist. I’m still waiting for my next appointment for check up.’

The Lyme Disease Action charity is now urging members of the public to be more vigilant in hot weather conditions as it brings the ticks above ground looking for food.

Ticks are found all over the UK but particularly in grassy and woody areas in southern England and the Scottish Highlands.

The first signs are a distinctive circular rash at the site of the tick bite, and flu-like symptoms, such as tiredness, muscle pain, joint pain, headaches, and a high temperature.

The person may also have impaired attention, judgement control, disorganisation and poor problem-solving, similar symptoms to dementia and Alzheimer’s.

If Lyme disease is not spotted quickly, the infection can spread to the joints, heart and nervous system and be deadly.

In later stages of the disease, inflammation of the eye, spinal cord and brain may develop, leading to a loss of vision and increased sensitivity to light.

Just last month a mother claimed to have been left paralysed and blind after catching Lyme disease from a tick bite in a park. 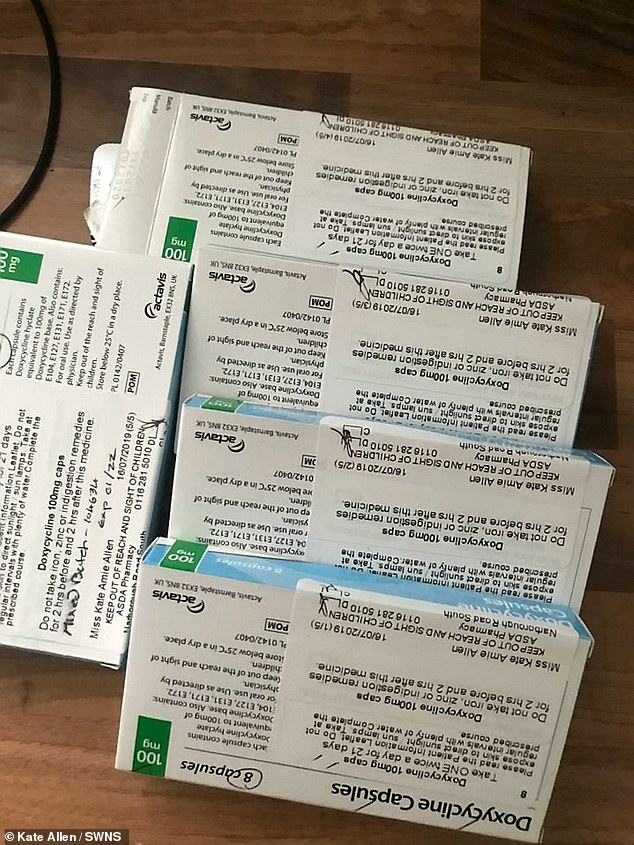 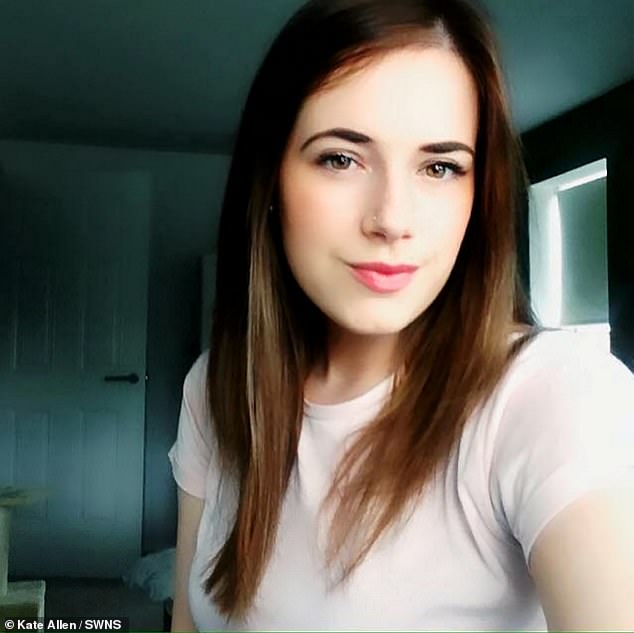 Christine Jennings, 57, was just 32 when the bug latched onto her skin while she was playing with her young daughters.

Over the next week, the former interior designer and artist developed what she thought was a virus, with migraines, a rash and swollen joints.

However, it was just the beginning of a 25-year battle with Lyme disease, in which her health has deteriorated to the point of being bed-ridden.

A spokeswoman from Lyme Disease Action said: ‘Humid weather brings the ticks above ground looking for a meal and walkers and campers need to be aware of the risk of tick bites in shaded areas and long grass.

‘The majority of UK ticks are not infected with Lyme disease, and the risk of disease can be minimised by prompt removal of the tick, without squashing the body.

‘Awareness is key, and ticks should not deter people from enjoying the outside, with all the benefits it brings.’

According to the NHS, it is recommended to cover skin while walking outdoors and use insect repellent on clothes and skin.