The ten best places to stay in the Cotswolds

The Cotswolds – stretching from Oxfordshire to Warwickshire and touching Wiltshire, Worcestershire and Gloucestershire – are the picture-perfect showcase for England at its loveliest. The area’s a big hit with tourists from home and abroad, all drawn to its palpable history and extraordinary beauty.

In late summer and early autumn, village pubs spill out into nearby greens with tables and benches, while the last of the year’s fetes and horticultural shows blend in among the rivers and meadows.

The best hotels, inns and ‘pubs with rooms’ have a glorious sense of old-world charm – and a cutting-edge approach to good food and service. Here are ten of our favourites.

Glorious setting: Barnsley House with its famous gardens, which are maintained by five gardeners who are known to pass on tips to guests

A Horticultural shrine with full-on hotel frills. This 17th Century manor house was once the home of famed gardener Rosemary Verey and the grounds still follow her classic British planting scheme; the five gardeners who keep it looking artlessly beautiful are known to pass on tips to guests.

The 18 rooms aren’t conformist either, ranging from more formal in the main house to whimsical hideaways, such as the Potting Shed nearby. There’s also a spa with an outdoor hydrotherapy pool, and two restaurants, the Italian-accented Potanger and the robustly local Village Pub. B&B doubles from £309 (barnsleyhouse.com).

It’s an unusually named village, but it’s a charmer – and has a very nice village pub. Landlord Paul Fallows is a local boy with a vision. In four years of ownership, he has already built up a collection of awards for his food.

While still a hub for villagers, there are eight bedrooms dotted around the building. They are understated but comfortable, with beamed ceilings, wing armchairs and cool white furnishings.

The pub downstairs is more rustic with scrubbed tables, wooden floors and local touches that include coffee roasted in Cirencester and a menu that’s big on British classics. B&B doubles from £90 (sawdays.co.uk).

SEVEN OTHER STARS WELL WORTH A VISIT

A 28-room hotel with a pub at its centre, near Cheltenham. B&B doubles from £115 (thefrogmill.co.uk).

Cheltenham is the capital of the Cotswolds and this townhouse hotel brings both glamour and fun. Doubles cost from £142 (no131.com).

It’s posh and beautiful with a cookery school and spa. Stay in the 18th Century Lodge – and drink in the Baa (thyme.co.uk). 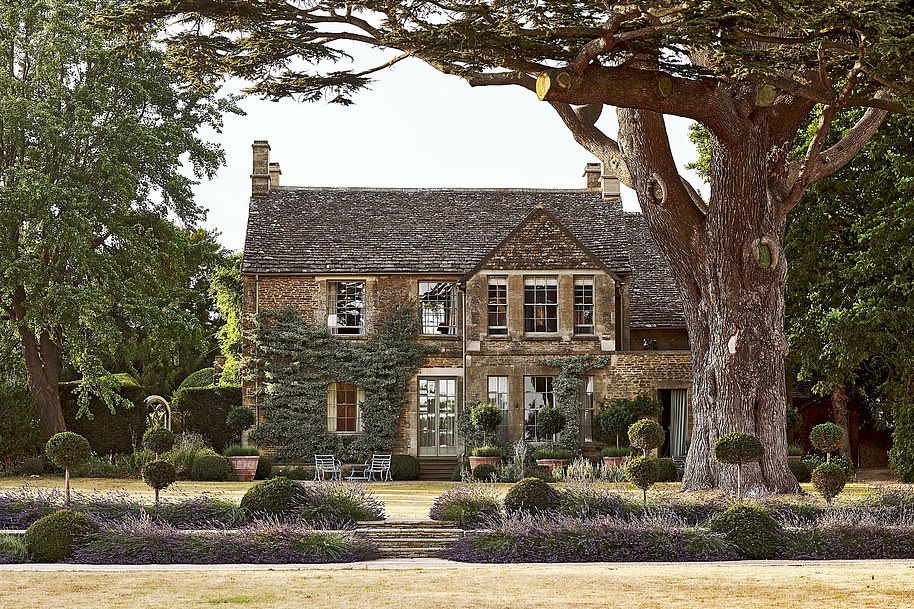 The Lodge at Thyme

Perhaps the Cotswolds’ poshest pub in Kingham. Doubles from £195 a night (thewildrabbit.co.uk).

Chipping Norton trendiness and Negronis that arrive at your cottage via a customised milk float. Doubles from £270 a night (sohofarmhouse.com).

Worcestershire may be the sleepier part of the Cotswolds – but Broadway has plenty of life. It’s one of the region’s honeypots with antiques shops, National Trust properties and a great little museum. Buckland Manor, which opened in the 1980s, was one of Britain’s first posh country house hotels and still plays to its ancient, mullion-windowed strengths, although the restaurant (men need to pack jackets) has food that is lighter and more thoughtful than of yore. Of the bedrooms, the Oak Room still goes for full oak panelling and four poster charm, but the rest are souffle-light and sweet, with pale greens and yellows.

In summer, the tennis court and croquet lawn come into their own while the ultra-posh leather Dubarry boots on loan for walks will help you fit in with the locals. B&B doubles from £234 (bucklandmanor.co.uk)

This part of Gloucestershire is the walking heart of the Cotswolds, which means you’ll have the opportunity to work up the perfect appetite for the meals at Winchcombe’s Lion Inn. Green-fingered villagers supply the inn with vegetables (they receive free drinks in return) and guests are the beneficiary, with full-of-flavour tomatoes and courgettes on the menu. Upstairs, behind the pub’s wisteria-clad walls, you’ll find eight charming, television- free bedrooms. B&B doubles from £165 (thelionwinchcombe.co.uk).

This is the Cotswolds at its most boho. The hotel, in the Oxfordshire village of South Leigh, has five bedrooms and three suites, kitted out with kilim rugs, while packing cases are repurposed as bedside tables. If you want to spread out, opt for the Barn. There’s art in the bar, where the decor feels urban but it’s all local farm produce in the kitchen. The menu is strong on British classics, so there’s fish and chips among the steaks and shaved courgettes. Doubles from £170, room-only (artistresidence.co.uk).

On the banks of the River Windrush, this newly-refurbished hotel has seen the honey-coloured stone polished to within an inch of its 600-year-old life.

Bedrooms, meanwhile, have been given a pared-down but high-comfort Scandi look. Oh, and there’s a spa, now with everything from ice caves to tropical rain showers.

Anglers will be happy, too; there’s a mile of riverbank where you can tickle trout and the hotel can supply rods and tackle. Or just watch the water glide by, glass in hand. B&B doubles from £159 (minstermill.co.uk).

A taste of farm life

Prince Charles and Camilla may live next door on the Highgrove Estate – but this is a charming and decidedly more low-key place to stay. Owners Amanda and Giles offer just two comfortable, stylish rooms on their family farm, alongside the grazing sheep and laying chickens (you’ll be eating their efforts for breakfast).

There are woodland walks galore and a short drive gets you into a different world amid the boutiques and restaurants of historic Tetbury. B&B doubles from £95 (sawdays.co.uk). 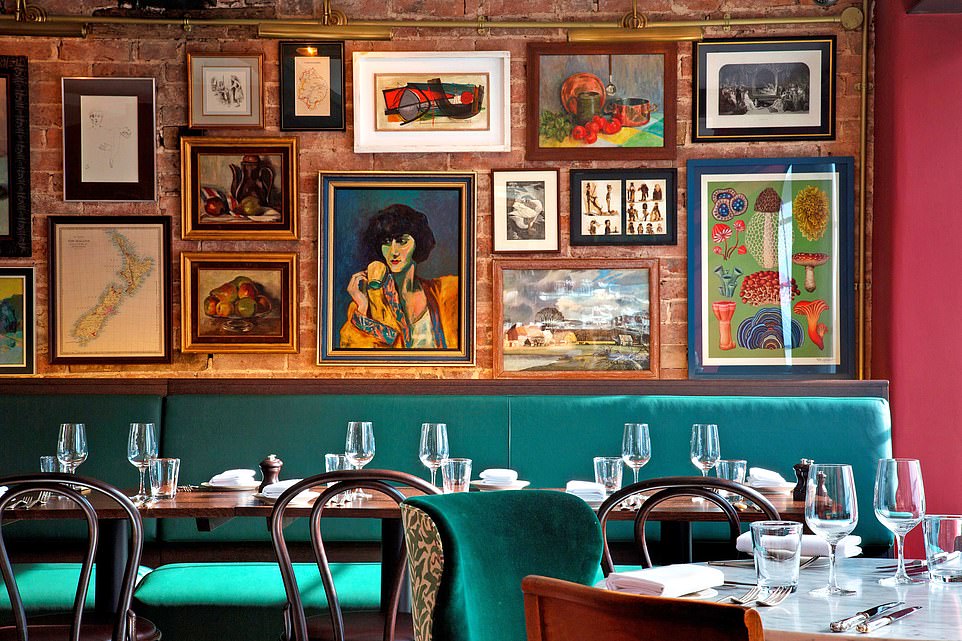 Bower House at Shipston-on-Stour is ‘lavished on both the food and the accommodation,’ writes Sarah Turner

Halfway between Stratford-upon-Avon and Chipping Norton is the quaint market town of Shipston-on-Stour – and one of its grand Georgian townhouses is now the Bower House, updated with huge attention to detail, lavished on both the food and the accommodation.

Downstairs, for the former, it’s all beetroot carpaccio and scallops (the Sunday lunch gets rave reviews, too).

Upstairs are five rooms with a side order of panache. You get art, walk-in showers, eau-de-Nil tiles and bunk beds for children. B&B doubles from £130 (bower.house).

It may not seem like it, but things do change in the Cotswolds – witness the arrival of a burgeoning wine industry in fields sheltered by the Malverns and Brecon Beacons. As well as producing 300,000 bottles a year, Three Choirs Vineyard has eight hotel rooms and three lodges tucked among 75 acres of vines. There’s a restaurant as well, with wine-minded food such as baked camembert and Chateaubriand. Doubles from £129, room-only (three-choirs-vineyards.co.uk). 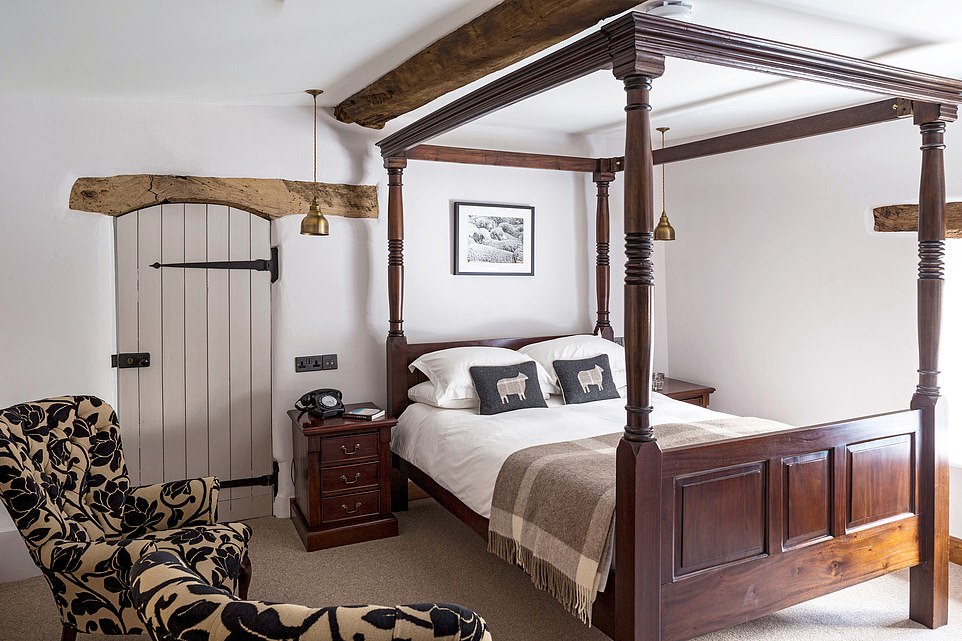 A four-poster bed at the Tudor Farmhouse in Coleford. All 20 rooms are categorised as different types of poultry

With a history stretching back to the 16th Century, this is a farmhouse with all the flagstones and panelling you’d expect, at the edge of the Cotswolds by the Forest of Dean.

All 20 rooms are categorised as different types of poultry. Hatchlings are the smallest, cockerels bigger – and all are stylish, with roll-top baths and beds to sink into.

The restaurant makes the most of its rural setting. The chef tries to source within 20 miles and there’s an in-house forager to take guests on trips to his favourite spots. B&B doubles from £159 (tudorfarmhousehotel.co.uk).