Sickening images show how tenants from hell have left properties in a horrific state.

One stomach-churning image shows a bath filled with poo, while others show smashed windows and gardens strewn with rubbish.

Others show smashed windows, rooms full of rubbish and bedrooms with mounds of litter piled across the floor. 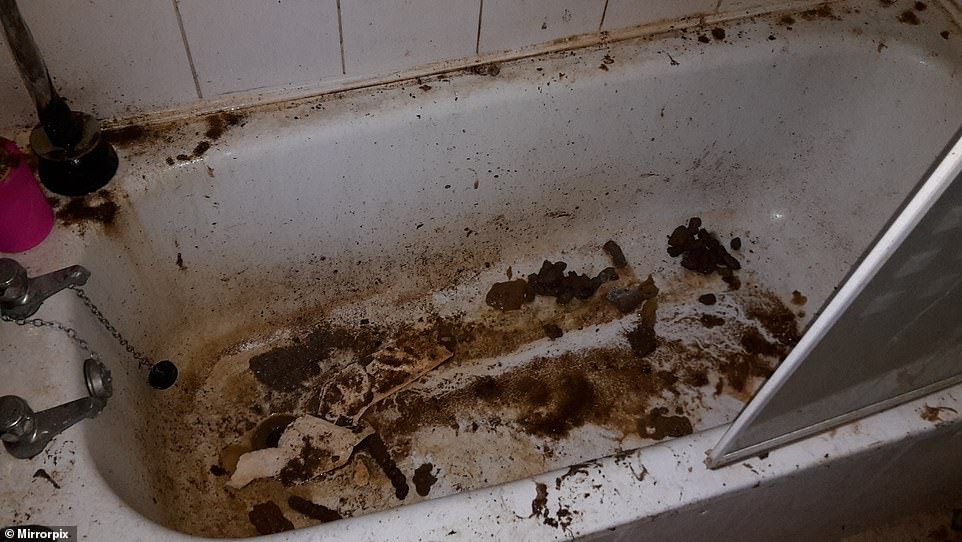 One stomach-churning image shows a bath stained with poo 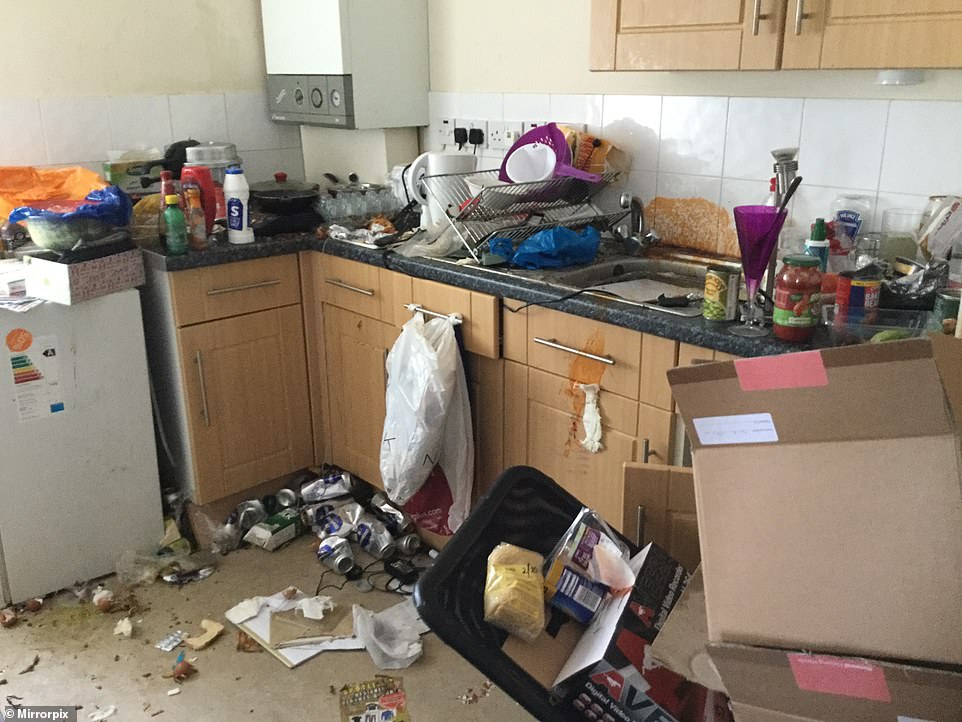 Others images show rooms full of rubbish and litter piled across the floor.

There are also images include walls with huge cracks and bathrooms left in stomach-churning conditions.

Landlords who own the homes have spoken of their frustration at being left to deal with the mess left by their disrespectful tenants.

Melissa Vickery, who rented out a three-bedroom property in Reading, Berkshire, for more than two years, was sickened to find the house ‘completely and utterly destroyed’ in February this year.

Speaking to The Mirror Online,  the chartered accountant, 37, said: ‘The house was completely and utterly destroyed. I was really stunned by what I saw.

She added that ‘everything was butchered’, ‘rooms were full of rubbish’ and ‘the washing machine and fridge was broken’ .

Another landlord said the renters were ‘tenants from hell’ who left a  ‘horrendous mess’ everywhere.

They added that the house was ‘uninhabitable’ and the tenants had shown no respect at all.

The images were submitted to a competition to find the ‘tenant from hell’, which had a £500 top prize.

Although the competition was meant to be light-hearted , the home interiors firm behind it,  axed it last month due to ‘a few complaints’.

The snaps were shared online on the competition’s website.

Melissa said she visited the property as tenants were having problems with it.

Melissa Vickery (pictured on her wedding day), who rented out a three-bedroom property in Reading, Berkshire, for more than two years, was sickened to find the house ‘completely and utterly destroyed’ in February this year. Right, a smashed window at a property 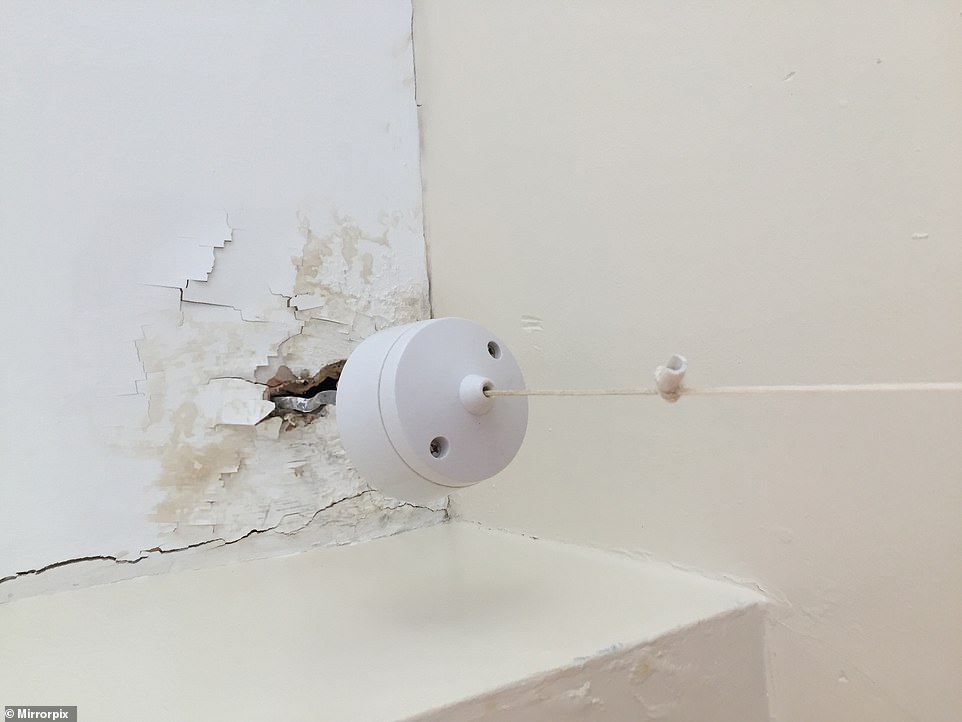 She said someone had butchered the boiler,  ‘tenants were smoking marijuana in the house’ and the property was in a ‘really terrible state’.

She claimed there was lots of damp and grease everywhere in the kitchen and the bathroom was filthy.

Melissa discovered that there were 10 mattresses in the three-bedroom house and that tenants had gained access to the loft, which she had advised them was unsafe to access.

Melissa, from Ruislip, west London, paid around £10,000 to repair all the damages but decided against legal action.

She said she’s now been put off renting out properties in the future.

Some of the images depict broken sinks and piping.

Other snaps show the revolting states of bathrooms, which look as though they haven’t been cleaned in months. 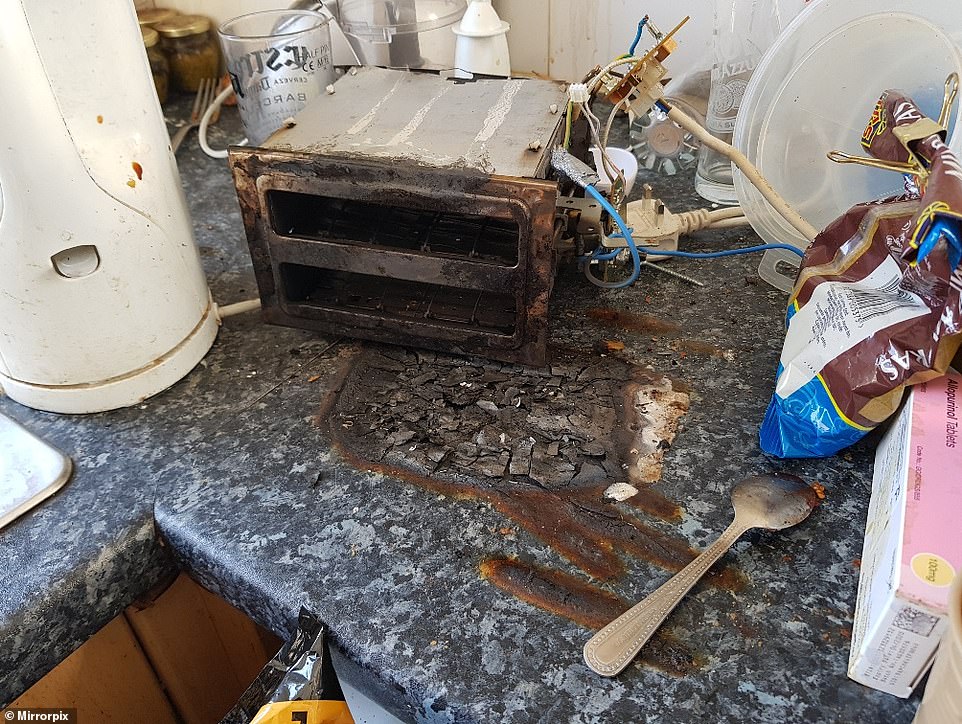 This kitchen is littered with junk including this burnt out toaster. The firm who hosted the competition later axed it following complaints 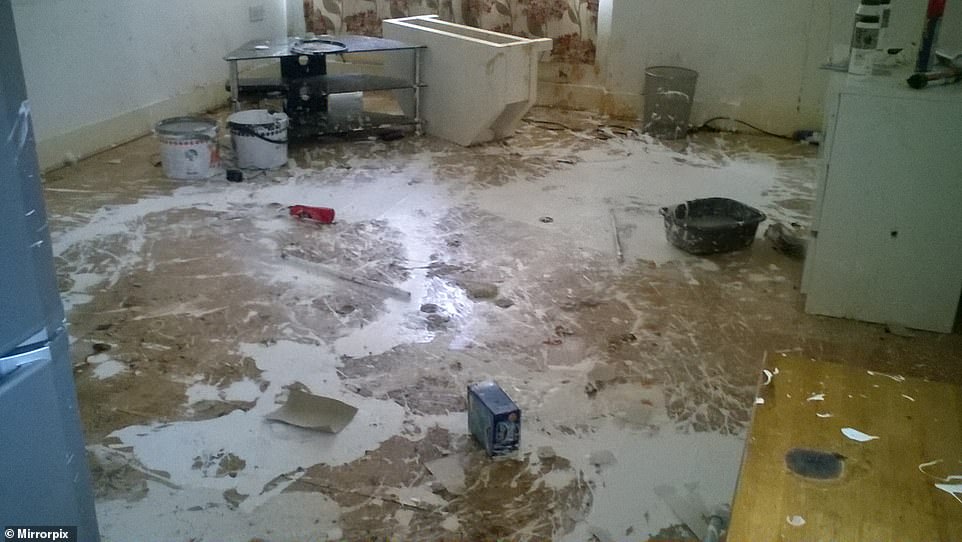 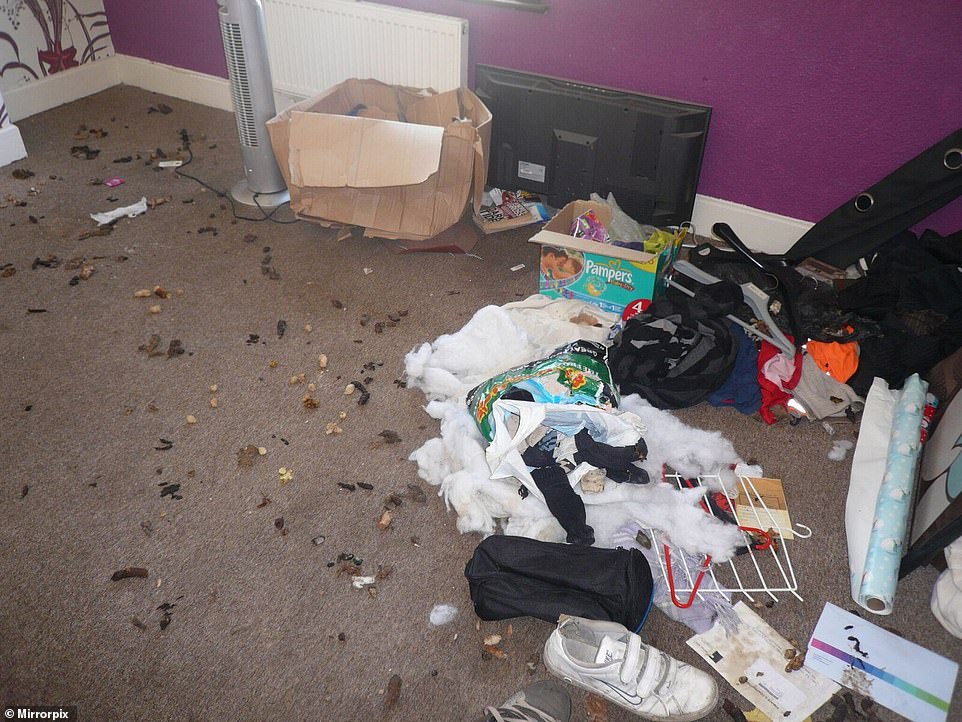 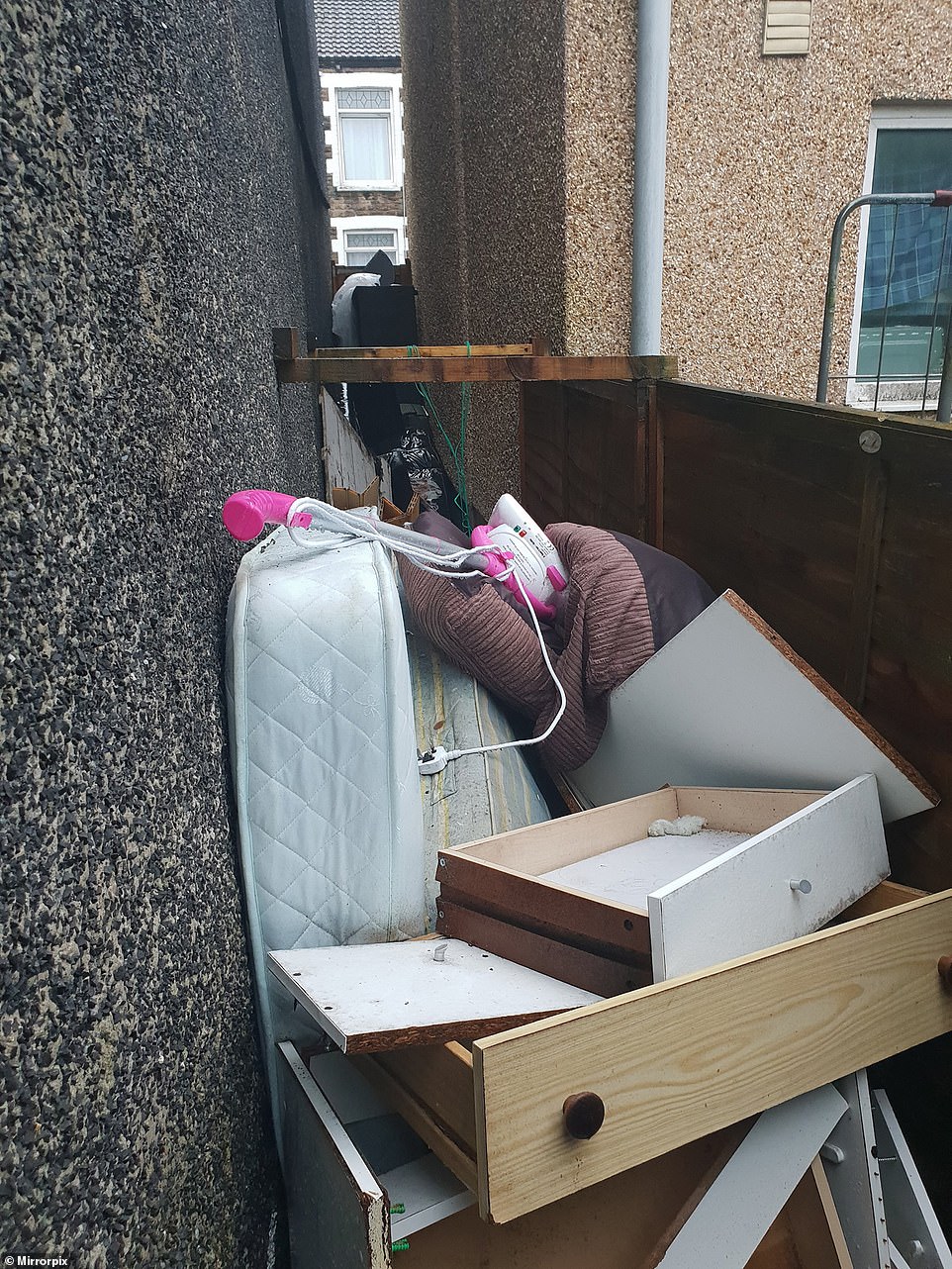 The shocking pictures have been dubbed the ‘worst messes left by tenants’ in the UK. This image shows  drawers and mattresses which were dumped outside a house 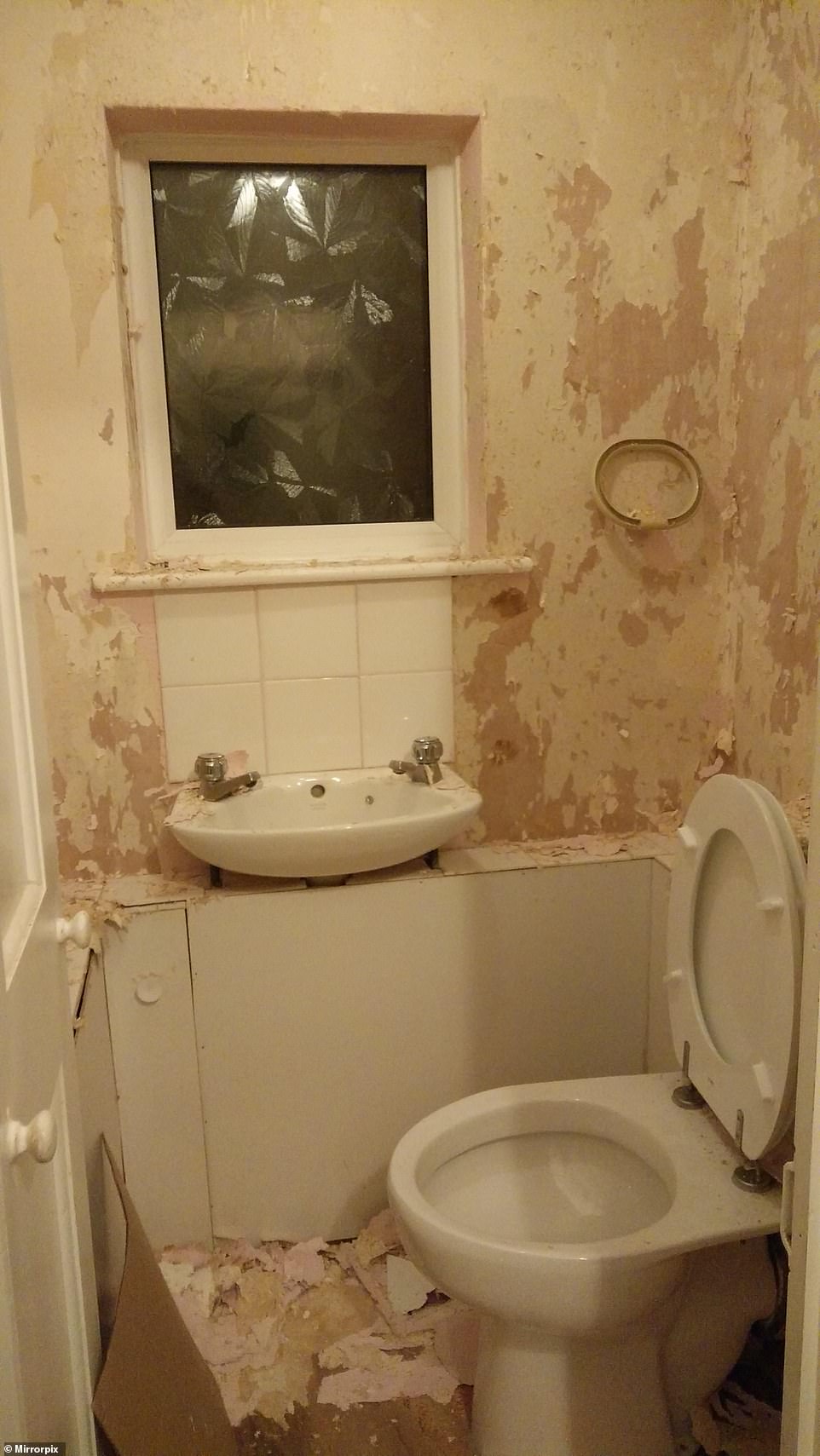 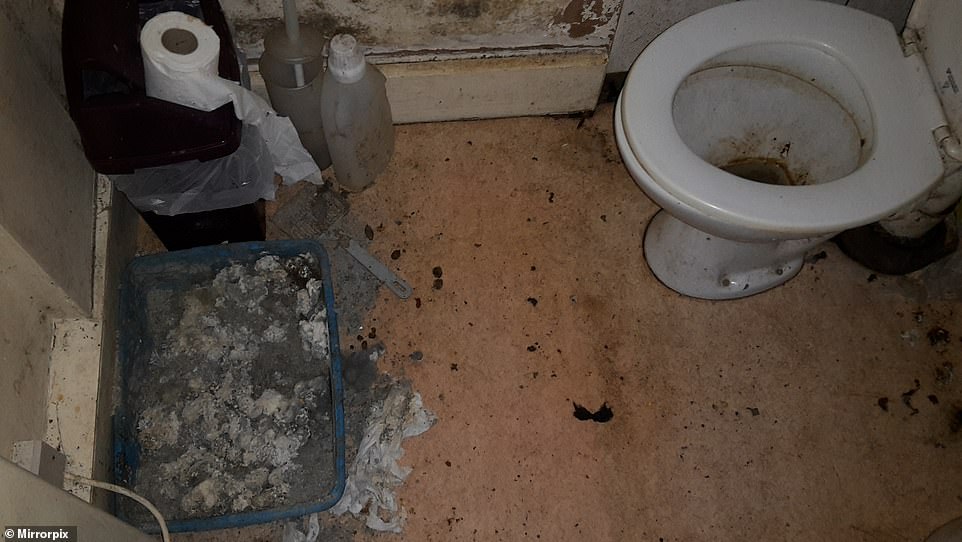 This revolting toilet is covered in dirt and muck 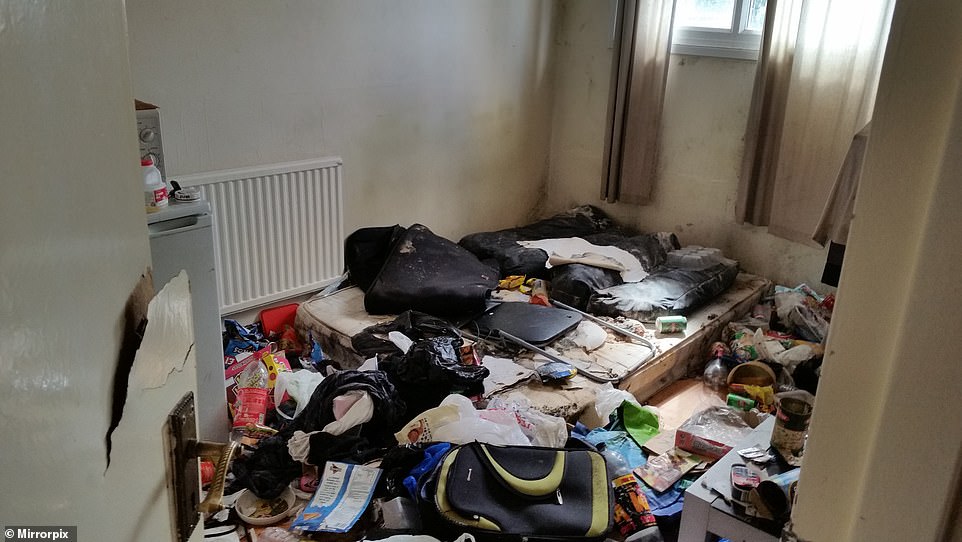