A mortgage time bomb is threatening almost 900,000 Australian home borrowers who are behind on their repayments – and it could get worse from next month.

Despite interest rates being at a record low of 0.1 per cent, 31 per cent of Australians are in arrears, a survey by financial comparison website Finder found.

The findings, based on a poll of 446 borrowers, were applied to the broader economy, highlighting how 899,000 Australians were behind on their mortgage.

Making matters worse, JobKeeper wage subsidies are ending on March 28 and so are the last of the six-month mortgage holidays the banks offered last year following the Covid shutdowns.

A mortgage time bomb is threatening almost 900,000 Australian home borrowers who are behind on their repayments – and it could get worse from next month, a major bank fears

Should borrowers continue to lag behind on their mortgage repayments, the banks would most likely resort to repossessing homes.

The concentration of repossessed homes would potentially burst a property price bubble, replicating a ticking time bomb that exploded in parts of the UK and the United States after the Global Financial Crisis.

‘Some people are still without work or underemployed and aren’t earning enough to cover their monthly living expenses – including their mortgage,’ she said.

‘Many people are also concerned about what will happen to their finances once the JobKeeper subsidy is wound back at the end of the month. 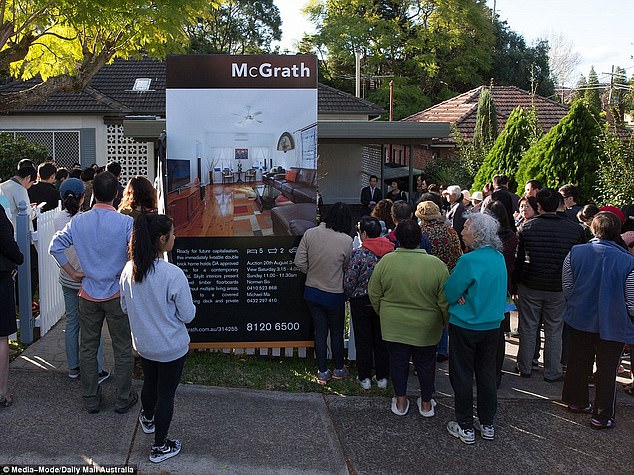 St George and Bank of Melbourne: 1.89 per cent, four-year fixed

‘With some homeowners now only a few missed mortgage payments away from potentially having their homes repossessed, this is no doubt a scary time.’

Ryan Felsman, a senior economist with the Commonwealth Bank’s share trading arm CommSec, said 110,000 jobs would be lost unless the federal government extended JobKeeper with a targeted package for specific sectors.

‘The job losses will be focused on certain parts of the economy,’ he told Daily Mail Australia.

‘We think that jobs in travel-sensitive sectors like transport, accommodation, recreation and arts will be most at risk.’

While the economy is recovering, Mr Felsman said interest rates were likely to remain at a record low of 0.1 per cent until 2024, as promised by Reserve Bank of Australia governor Philip Lowe.

Weak wages growth meant inflation was likely to remain well below the RBA’s two to three per cent target.

Mr Felsman said inflation would stay low until unemployment, now at 6.4 per cent, fell closer to 4.5 per cent – a jobless level that hasn’t been seen in Australia since November 2008 during the early days of the GFC.

‘The Reserve Bank’s been pretty clear about the fact that they don’t think they’re going to meet their mandated objectives with full employment and also inflation in the two to three per cent target until 2024 at the earliest,’ he said.

‘We don’t have an interest rate hike in our near-term forecasts.’

Three of Australia’s big four banks are offering fixed mortgage rates under 2 per cent, with Westpac offering the lowest major lender rate of 1.79 per cent for borrowers who lock it in for two years.