The Today show and GMA battle it out for best costumes

The morning shows wowed fans this morning as they showed off their costumes in their annual Halloween episodes.

Megyn Kelly, in her first year participating since leaving Fox News for NBC, dressed up as Shania Twain.

The show finished off with a duet from Savannah Guthrie and Matt Lauer, dressed up as Kenny Rogers and Dolly Parton – marking the first time in several years that Lauer had dressed in drag. 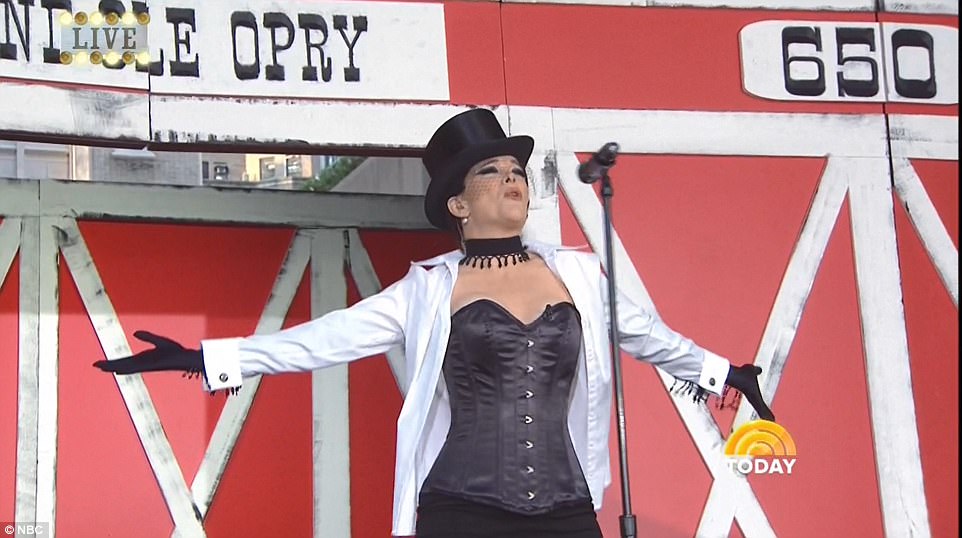 Megyn Kelly, in her first year participating since leaving Fox News for NBC, dressed up as Shania Twain 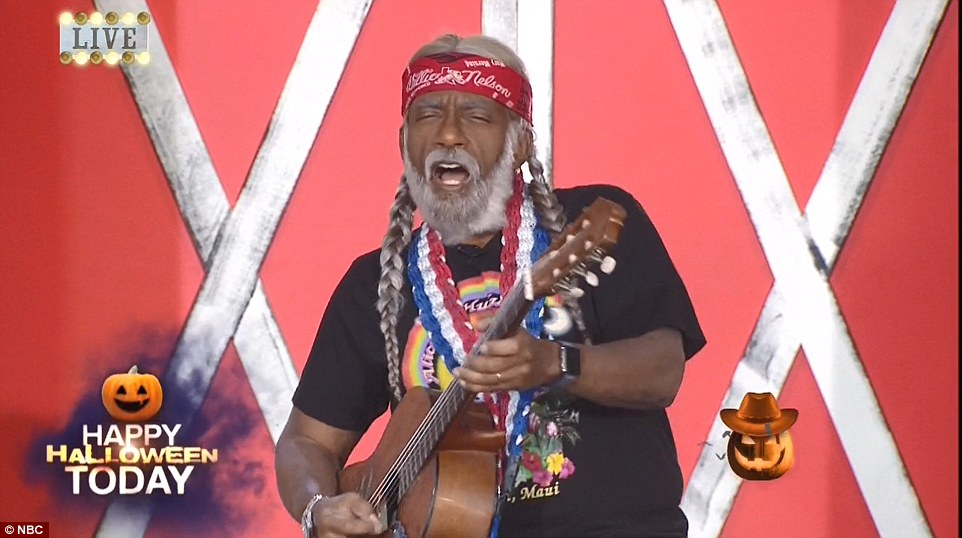 Good Morning America dressed as the Avengers, which like ABC is a Disney property.

Sarah Haines kicked things off as a news reporter, telling the audience that Times Square had been taken over by gang of bandits before introducing the superheroes who were on hand to protect the city.

Stephanopoulos seemed less than thrilled with the spectacle and at one point Haines asked if he could open his shirt to show his Superman shirt because he ‘looked like he was just doing the news.’ It was an Avengers theme on GMA with George Stephanopoulos dressed in a Superman t-shirt, Amy Robarch as Spiderman, Robin Roberts as Wonder Woman, Michael Strahan as Thor, Lara Spencer as Black Widow and Sara Haines as a news reporter

Later, an actual Avenger appeared in the form of the Hulk, Mark Ruffalo.

And despite the presence of two black anchors, no one dressed as Black Panther, the upcoming Marvel film.

The group also got a visit from the cast of ‘Stranger Things’ earlier in the day, who bucked the costume trend and opted instead for designer threads, with Millie Bobby Brown appearing in a $1800 stretch jersey dress by Gucci.

It was a big departure from last year, when Amy Robach did Sia, Ginger Zee came as Dory from Finding Dory, Robin Roberts was a Pokemon hunter, Michael Strahan did Pikachu, Sara Haines and guest host Alfonso Ribeiro dressed as Ghostbusters, and Lara Spencer was Alexander Hamilton.

George Stephanopoulos did not dress up in costume for last year’s festivities.

Charlie Rose, Gayle King and Norah O’Donnell continued their tradition of not dressing up for the holiday over on CBS This Morning.

Last year, was one of the strongest Halloween years for the Today show, with the cast each dressing up as a different figure from the 90s.

Carson Daly dressed as himself from 18 years prior, when he was the host of the popular MTV music video countdown show Total Request Live, to kick things off.

The Today puppy Charlie was dressed up as a Beanie Baby while Lauer later revealed that producers wanted him to be Britney Spears from the ‘Hit Me Baby’ music video.

Maksim Chmerkovskiy also appeared as Joker with his Dancing With the Stars costar Peta Murgatroyd coming as Harley Quinn, TJ Holmes was Madea, and Jesse Palmer – who has since left to host Daily Mail TV – was Captain America. 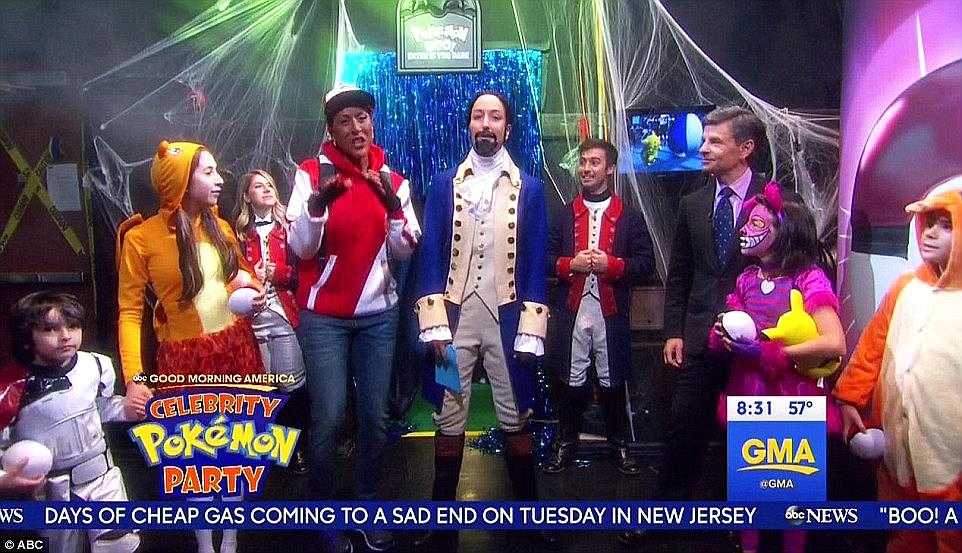 On GMA last year, Lara Spencer (center) went as Hamilton, Robin Roberts (center left) went as a Pokemon hunter and George Stephanopoulos (third from right) decided not to dress up 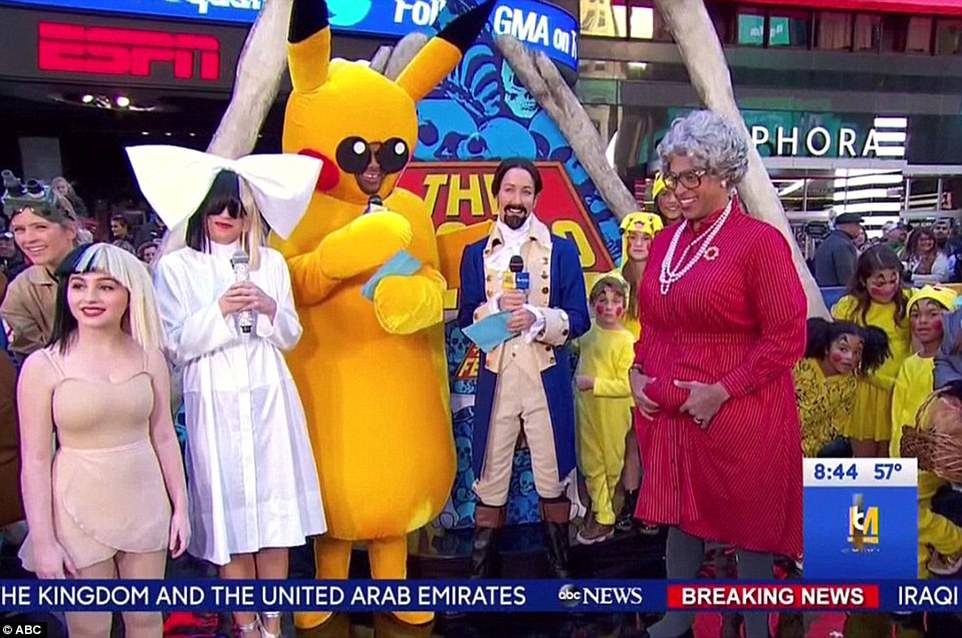