The Tony Pulis reject who will terrify Tottenham: Serge Gnabry’s journey to the top

Serge Gnabry’s tale is a curious one. You probably know the name, one of those teen prodigies signed by Arsene Wenger.

They congregate at Arsenal from all over Europe, the best 16-year-olds of their generation, Mostly they adorn the League Cup team. Some go on to become Cesc Fabregas.

Many disappear into the ether of world football, competent professionals yet nothing more.

The name Serge Gnabry is well known, but the path of the 24-year-old is already well traveled

Gnabry was surely in the latter group? A bright start at Arsenal morphed into a loan move to West Brom, where he played just 12 minutes in the Premier League.

He then returned to Arsenal under Wenger, but never featured for the club again.

Yet as Bayern Munich head to London this week to face embattled Tottenham in the Champions League, it is to Gnabry they will look for inspiration after the departures of Arjen Robben and Franck Ribery.

It is the likes of Gnabry that Germany are hoping will rejuvenate the national team this summer at Euro 2020. The 24-year-old has nine goals in 10 games for his country.

And it was Gnabry who scored six goals to drive Germany on to an Olympic silver medal at the 2016 Rio Olympics in the immediate aftermath of that dreadful loan move to the Hawthorns. 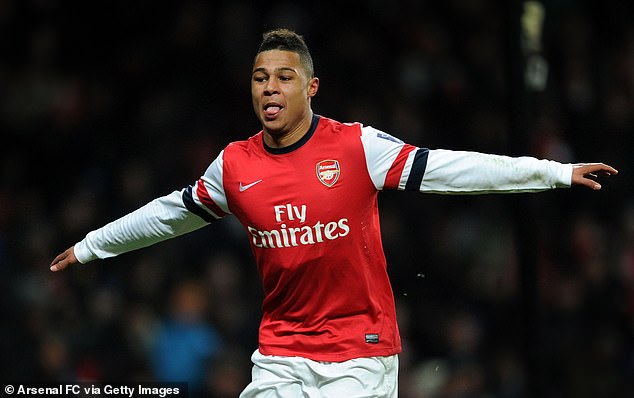 Affable and intelligent, humble and seemingly well grounded, he appears the epitome of the model pro. All of which begs the obvious question: what on earth happened at West Brom?

‘Tony Pulis,’ he replies with equanimity and an absence of bitterness. ‘Ask Tony Pulis,’ he continues. ‘Different styles, different opinions. I can’t really say too much, but I tried my best at West Brom and it didn’t work out.

‘I was told I would be getting a lot of game time, otherwise I could have signed for another team. They really seemed like they were going to play me and I spoke to the manager before…’

He can afford to be sanguine now but he also recognises that those dark days when he lived alone in Birmingham with just his parents to visit him have played an important part in his journey.

‘Mentally for me, in that time at West Brom, I said to myself: “Even though I have zero chance of playing, all I can do is work hard.” That mentality has stayed with me today and helped me to become a Bayern player.

‘You always know your worth, off the pitch or on the pitch. I knew my capabilities. But I would say the mental side progressed really high during that time and helped me be who I am now.

‘I think that’s one of the things you learn through your career, that it doesn’t always go well. From a young age until I played in the first team at Arsenal it always went like this (he gestures upwards) and then suddenly I learned; “Woah, it doesn’t always go up.” And I learned to deal with that. 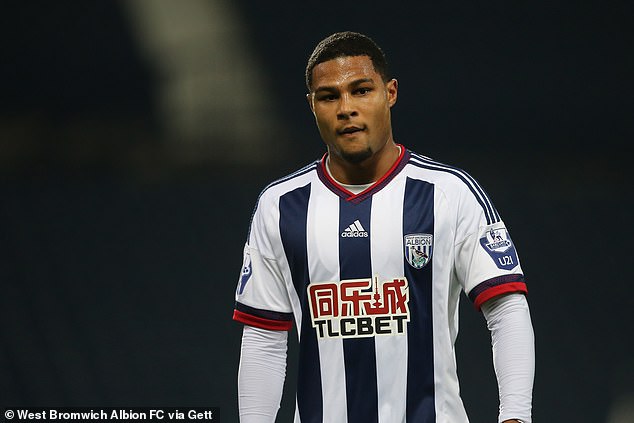 After realising things had ceased sky-rocketing at Arsenal, he was loaned out to West Brom 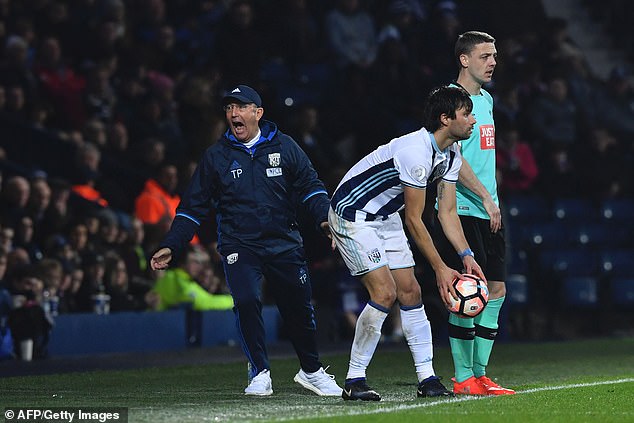 ‘Obviously at the Olympics I got the chance to play regularly and that is one of the big things. I’m sure that if he (Pulis) had given me some time I would have showed what I’m capable of.’

He even returned to Arsenal halfway through the season, so badly had the loan gone. ‘There was really no chance for me to play at West Brom… if the manager at the new club won’t play you, then there is nobody who can help you, is there?’ Yet the experience seemed to instil doubts at Arsenal as to his worth. ‘I think for sure,’ he says.

‘The question came up. It didn’t look good. I’m sure I’ve proved to everyone (they were wrong).’

Arsenal did want him to stay in 2016 and offered him a contract yet, crucially, didn’t get it signed and sealed before the Olympics. It was in Brazil that the world began to wake up to what he could do.

By then, with Alexis Sanchez, Mesut Ozil, Theo Walcott, Alex Oxlade-Chamberlain and Danny Welbeck ahead of him at Arsenal, he opted for a move to Werder Bremen.

He says: ‘I was still pretty confident that I could have got in the team but I just didn’t want to wait. I didn’t want to be fourth or fifth (choice). At the Olympics I’d played five or six games (in a row), found my rhythm and I said to myself: “OK, I need to play.” 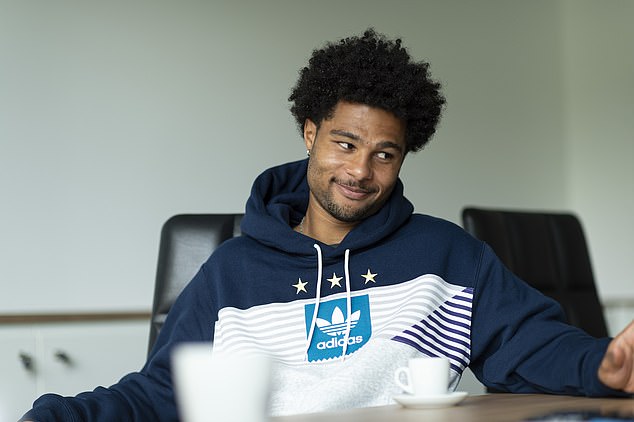 ‘It was the hardest decision I ever had to make in football leaving a club like Arsenal, the fans, the players. But in the end I just didn’t want to wait. To keep playing, I had to take a step back and in the end it was the right decision.’

He has fond memories of his time in London, where Hector Bellerin and Jon Toral were contemporaries. He maintains a friendship with Bellerin which still influences him to this day.

It was the Spanish right-back who encouraged him to research veganism and Gnabry maintains a vegan diet during key parts of the season.

‘Hector has been doing it a few years,’ he says. ‘I have periods. There are a lot of things to take care of about our bodies and it’s something I wanted to try out.

‘You can get all the protein that you need — you just need the information.’ He enjoyed the recently-released cinema documentary, The Game Changers, which is backed by Arnold Schwarzenegger, Jackie Chan, Lewis Hamilton and Novak Djokovic and which examines the benefits of vegetarianism in sport.

He is also one the growing band of footballers signed up to Common Goal, the charity led by Manchester United’s Juan Mata and supported by Jurgen Klopp, who donate one per cent of their salary to charitable causes.

And Gnabry nurtures an internationalist perspective, his father Jean-Hermann having originally come from Ivory Coast. 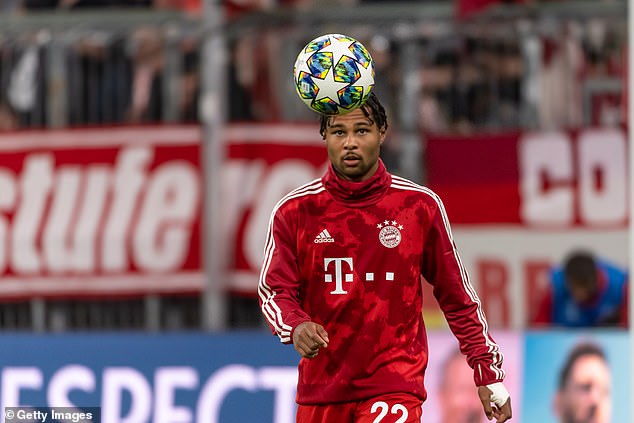 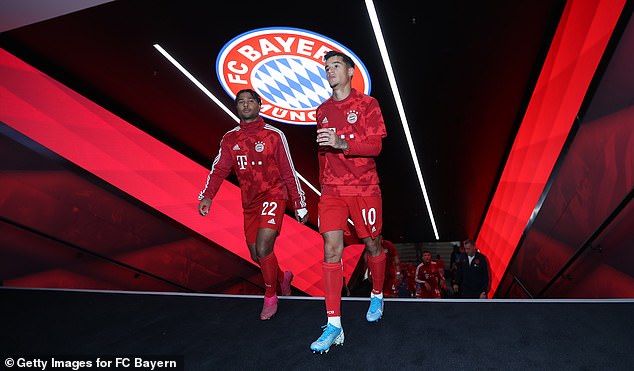 ‘I have family in Africa with my dad being from there: I know how life can be. So I want to give back as much as I can. I went there to Abidjan this summer. I feel the connection for sure. The culture my dad raised me in is not just typical German. I have both.’

In Ivory Coast he also has the benefit of being relatively low profile. ‘As I didn’t choose to play for Ivory Coast not many people know (me). But I was happy, I could walk on the streets. When Gervinho went there, there was 100 people on the streets within 10 seconds.’

As for Bayern, he recognises they are at a crossroads. Without Robben and Ribery for the first time in 10 years they are dominant in Germany and yet without a Champions League win since 2013. When they won that trophy, the club stated that the goal was to win Europe’s top trophy regularly.

‘Before I came they were always in the semis… played better than their opponents but didn’t get the win. Now last year we have a very young squad: me, Niklas (Sule), Joshua (Kimmich). Our main goal is to get to the top and I think we have the potential to do it. 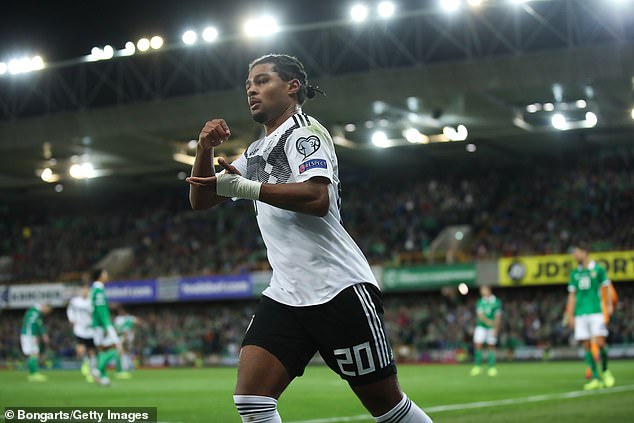 ‘Can you say it’s a better squad? I don’t know. It’s a different squad. A squad that can go very far.

‘It might take time for us to build a big thing. With (Philippe) Coutinho being new, Ivan (Perisic) being new, Lucas (Hernandez), Benji (Pavard), who all played at the top level… it will take mentality to beat the top teams. Against Spurs we will see how far we are.’

And as a former Arsenal man, he knows what is expected of him this week.