The top 10 words to include in your dating app profile

Creating the perfect dating profile that will catch the eye of potential suitors can be a daunting task.

And now experts have revealed the top ten words to guarantee success when it comes to online dating apps.

Researchers at Badoo delved into their database to look at the most popular male and female singletons on the app and analysed their ‘about me’ sections, noting the words that appeared frequently in their bios.

Interestingly, the top bio word for female users was ‘love’ whereas the most swiped-right male users, had ‘6ft’ in their bio.

Although the words are varied for male and female users, ‘music’ and ‘gym’ appeared in both lists.

Further research by Badoo found that 87 per cent of users swipe-right if a person’s bio is funny. This comes as no surprise, as a user’s bio is a small window of opportunity to showcase their personality and stand out from the crowd.

Badoo’s in house dating-expert, Claire Stott, commented: ‘A good bio needs to be positive and give a flavour of what you are about, so it is no surprise that our most popular users are doing just that.

‘When creating a profile, it can feel overwhelming at first deciding what content to include. But do not fear – our data tells us that a popular bio is one that is short and snappy, around only 20 words.

‘I would encourage you not to be afraid to write about something that is specific to you, such as your favourite film director or least favourite pasta dish. 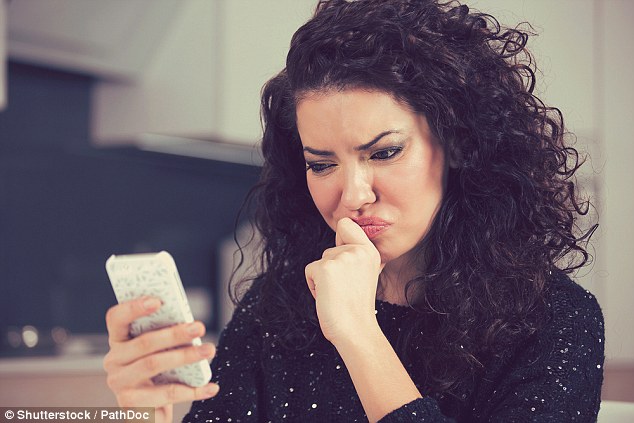 Although the top 10 most successful words are varied for male and female dating app users in the research from Badoo, ‘music’ and ‘gym’ appeared in both lists (file photo)

‘These sorts of things will help you to stand out and can often add a touch of humour. Even if your preferences turn off a few people, those that do appreciate them will probably be better matches in the long run.

‘Plus, you’re making it easier for them to initiate the conversation with something meaningful.

‘It is also a good idea to include what you are looking for and any potential deal breakers – such as height – to prevent awkwardness later on.

‘Though unsurprisingly we find that mentioning height is more common in men, who are at least 6ft!’