While the beauty tricks and fitness routines of supermodels and female celebrities are reported at length, little is often said about those of the richest men in tech.

That may be due to a bygone stereotype of the computer nerd, with their big glasses, uncombed hair, and preference for fleece vests and pocket protectors.

But some of the richest men in the world are proving that image wrong, showing that money and power really can turn anyone into a Silicon Valley stud.

Here are some of the tech leaders who have gone from drab to fab, and how they did it. 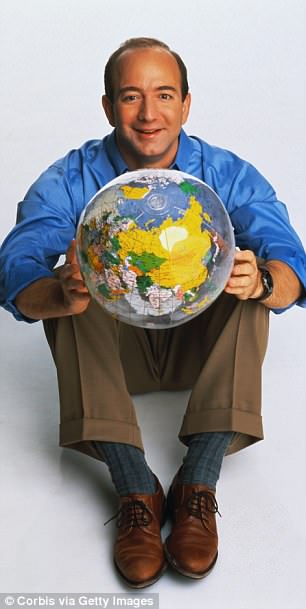 Jeff Bezos set the internet on fire when he showed off his shaved head and bulging biceps in 2017, looking a far cry from his early days in the tech industry (pictured right in 1999)

Jeff Bezos set the internet alight when he rocked up to the annual Allen & Company Sun Valley conference with bulging muscles peeking out from his polo shirt.

With his shaved head and tinted sunglasses – plus the bulging biceps – many on Twitter couldn’t help but compare the Amazon CEO to action star Vin Diesel.

Gone were Bezos’ baggy shirts and receding hairline and there, among the most richest and influential people in the world, he seemed to emerge reborn.

Of course, Bezos didn’t transform overnight. In fact, the billionaire had begun hitting the gym hard as early as 2013. 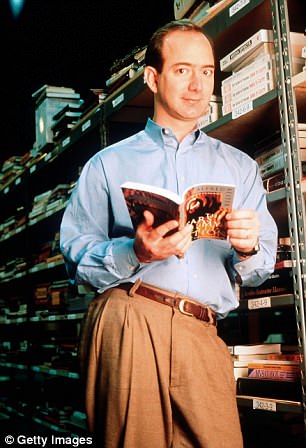 Gone were Bezos’ baggy shirts and receding hairline . There, among the most richest and influential people in the world, he seemed to emerge reborn. He is pictured here in 1997

That’s when Brad Stone, who has written about Bezos and Amazon, noted that the CEO was definitely undergoing some sort of physical training.

‘He looked a little pasty and rumpled after the 90s, and now he’s clearly working out every day,’ Stone said at the time.

The journalist predicted that Bezos, who owns space exploration company Blue Origin, was in astronaut training.

But Bezos, much like fellow billionaire Peter Thiel, also seems to be interested in the aging process in general.

Both men have invested in Unity Biotechnology, a company that is currently developing drugs to ‘halt, slow, or reverse age-associated diseases’.

As for his fitness routine, little is known about Bezos’ habits other than the fact that he still manages to get eight hours of sleep a night and once had octopus for breakfast at a business meeting. 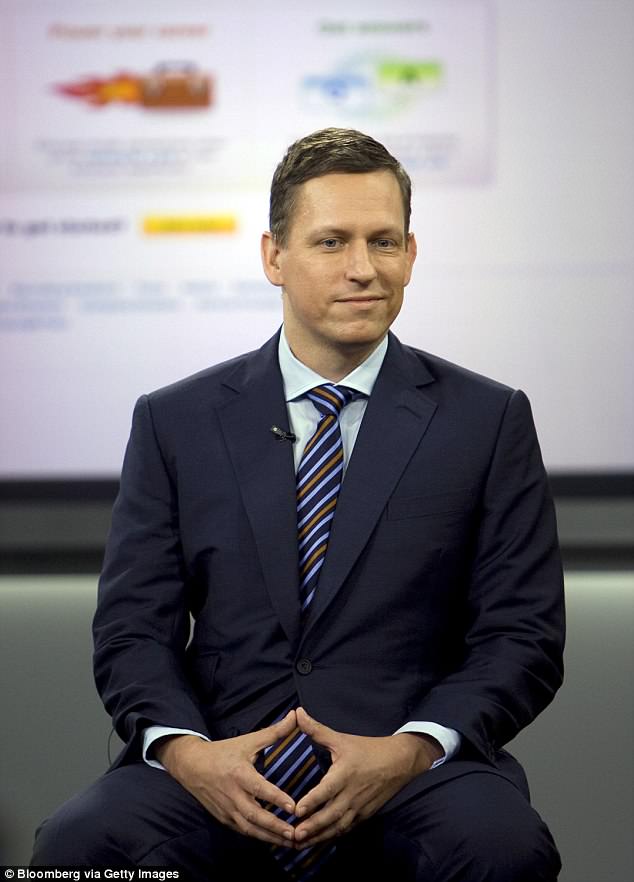 Few tech leaders seem more concerned about the idea of getting older than Peter Thiel, who once famously claimed he was going to live to 120 years old

Few tech leaders seem more concerned about the idea of getting older than Peter Thiel, who once famously claimed he was going to live for 120 years.

The venture capitalist and PayPal co-founder revealed in 2014 that he was taking human growth hormone to ‘help maintain muscle mass’.

‘There’s always a worry that it increases your cancer risk, but I’m hopeful that we’ll get cancer cured in the next decade,’ he told Business Insider at the time.

And in 2016, Thiel revealed to Inc Magazine that he was interested in parabiosis, the process of getting blood transfusions from a younger person to reverse aging.

‘I’m looking into parabiosis stuff, which I think is really interesting,’ he said at the time. 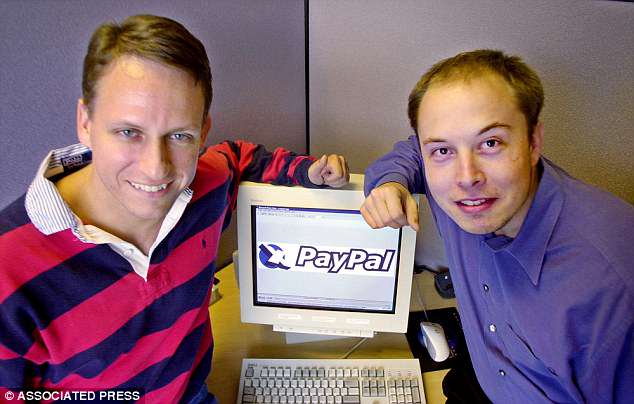 ‘This is where they did the young blood into older mice and they found that had a massive rejuvenating effect.’

Thiel has also given $6million to the Sens Foundation, a non-profit dedicated to developing ‘preventative medicine for the diseases of aging’.

And the billionaire has already signed up to be deep frozen when he dies – whenever that may be.

‘You can accept it, you can deny it, or you can fight it,’ Thiel once said of death.

‘I think our society is dominated by people who are into denial or acceptance, and I prefer to fight it.’

When he’s not sending millions to anti-aging companies, Thiel is known to follow a strict Paleo diet with no refined sugar (although he still lets himself enjoy red wine). 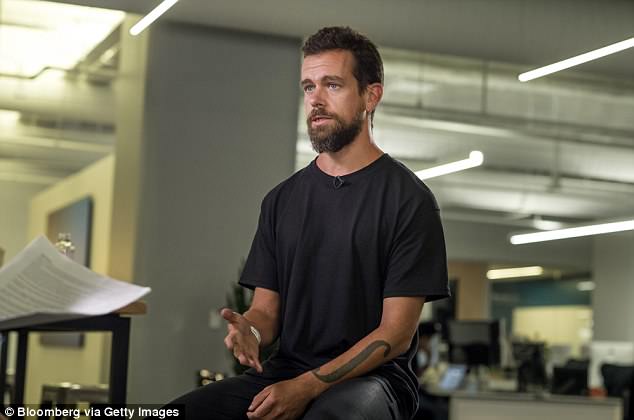 Twitter co-founder and CEO Jack Dorsey has dramatically changed his aesthetic since becoming a teach leader, now known for sporting a rugged beard fitting of an SF hipster

There is an infamous picture of Jack Dorsey as a 90’s teenager, his hair stiff with gel, spiked to the sky, and dyed bright blue.

The Twitter co-founder and CEO has dramatically changed his aesthetic in the decades since, and is now known for sporting a rugged beard fitting of a San Francisco hipster. 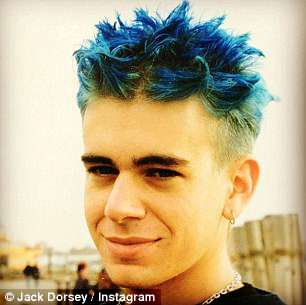 There is an infamous picture of Jack Dorsey as a 90’s teenager, his hair stiff with gel, spiked to the sky, and dyed blue

Dorsey has spoken at length about his daily routine, revealing that he meditates for half an hour every morning and does a seven-minute workout on his phone before he even touches Twitter.

The billionaire walks the five miles it takes to get to the company’s San Francisco headquarters every day and usually listens to audiobooks or podcasts to ‘clearly everything away’.

Dorsey has also said he always takes Saturdays off and often goes hiking. He spends his Sundays on ‘reflection’.

The young tech leader, who works 80 hours a week, once said that he has found balance as he has gotten older and has realized the importance of physical activity.

‘When I was young, I didn’t understand the value of exercise or health and how that affected my intellect,’ he told Y Combinator in 2016.

‘I think it was useful for me to go to all extremes to find the balance I have now, but I wish I focused more on being healthier in the past.’ 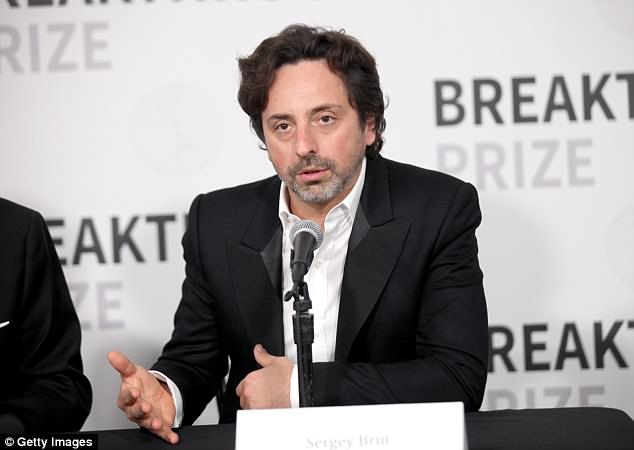 Alphabet president Sergey Brin is notorious for his love of adventure, trying everything from springboard diving to gymnastics and trapeze school to keep himself fit

The Google co-founder is notorious for his love of adventure, trying everything from springboard diving to gymnastics and trapeze school.

Brin has been said to keep fit with roller hockey and ultimate frisbee and revealed he likes to do ‘a variety of acrobatic things’, according to Business Insider.

Google employees have told stories of Brin coming into meetings on rollerblades, walking around the office on his hands, and holding bonding events at circus school. 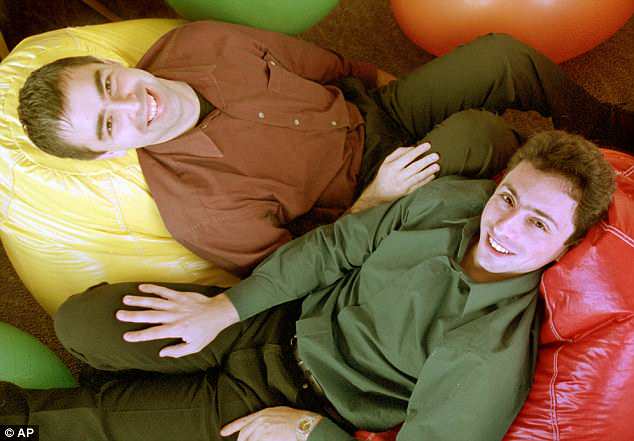 The Google co-founder (pictured in 2000 with Larry Page) is notorious for his love of adventure, trying everything from springboard diving to gymnastics and trapeze school.

While he may be known among friends as a jokester, there is a reason why Brin decided to take his fitness seriously.

The billionaire discovered in 2008 that he had a mutation on his LRRK2 gene that could substantially increase his risk for Parkinson’s disease, which his mother has.

So Brin changed his diet and began exercising regularly, hoping to cut his 50 percent chances by half.

‘Until the fountain of youth is discovered, all of us will have some conditions in our old age, only we don’t know what they will be,’ he said in a past interview.

‘I have a better guess than almost anyone else for what ills may be mine – and I have decades to prepare for it.’ 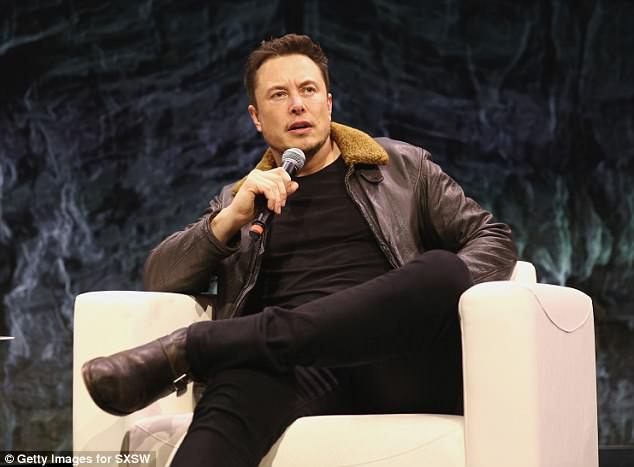 Elon Musk is the epitome of revenge of the nerds, transforming from a severely bullied boy in South Africa to a billionaire who used to date actress Amber Heard

Before he founded companies like SpaceX and and Tesla, Elon Musk was a severely bullied child teaching himself computer programming in his native South Africa. 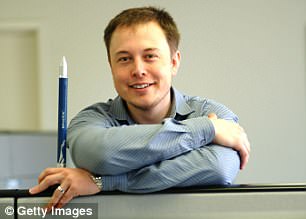 Musk, who taught himself computer programming when he was 12, was once bullied so badly he was sent to the hospital

It once got so bad that Musk was sent to the hospital after a group of boys threw him down the stairs and beat him until he was unconscious.

Fast-forward to present day and Musk is a bonafide billionaire with Hollywood actresses as his dates.

But little is known about how Musk’s exercise or grooming habits.

In fact, one wonders when he even finds the time to hit a treadmill with his legendary 100-hour work weeks.

Musk has said he only needs six hours of sleep and often skips breakfast. He usually gives himself five minutes to finish lunch.

The CEO hits the gym only once or twice a week to do a little weightlifting or cardio.

Then again, maybe nothing is truly more powerful than sweet, sweet revenge.