EXCLUSIVE: The true Cable Queen! Megyn Kelly ziplines over a Montana River on family vacation – as network executive says they ‘need’ her no-nonsense demeanor to reign in Trump during the presidential debates

Megyn Kelly is the ‘Cable Queen’ when it comes to dominating television ratings.

And now the job-seeking former Fox anchor is taking the title to new heights, as she was seen in vacation photos ziplining over the Gallitan River in Montana on Friday.

Kelly’s husband Doug Brunt posted the photo of his wife striking a pose with a wide smile and wrote: ‘Poise, grace and no fear – my beautiful wife ⁦@megynkelly⁩ shows she really is the ”Cable Queen”. We and the kids loved the Gallatin River zipline.’

This comes as a media executive source tells DailyMail.com that they hope Kelly won’t be jobless for much longer.

‘Our debate schedule needs a Megyn Kelly, overly kind treatment of the candidates won’t serve any of them well in the end,’ they said. 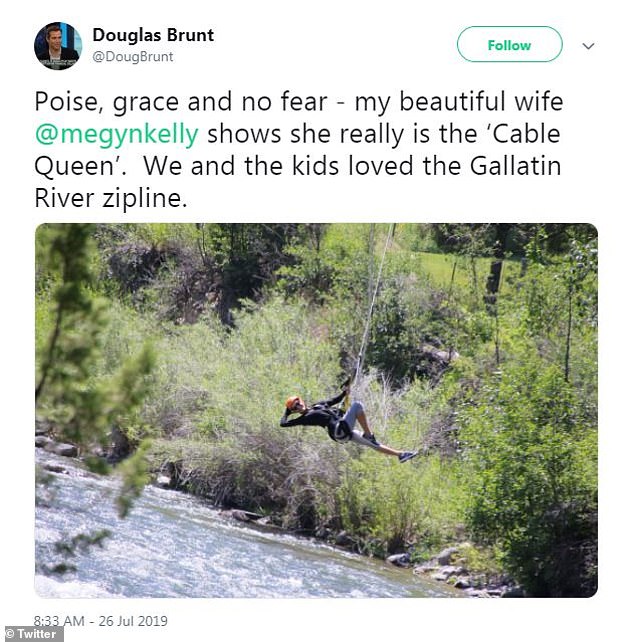 Her husband Doug Brunt tweeted a photo of the TV host zip lining over the Gallitan River, calling her the ‘Cable Queen’

The executive continued:  ‘Anyone who has been in politics and who has debate-prepped candidates knows firsthand that tough debates in primary elections make for stronger candidates in a general election.

‘The debates need a highly skilled quick on their feet moderator with tremendous skill and poise.’

Megyn’s no-nonsense style shocked Donald Trump in 2015 from all the softball questions he had received up until then by TV journalists.

‘The kid-glove treatment will not help the eventual (and some might say, unfortunate) candidate who will go on to face off against Trump — a man greatly tested since he stepped onto his first debate stage,’ the source added. 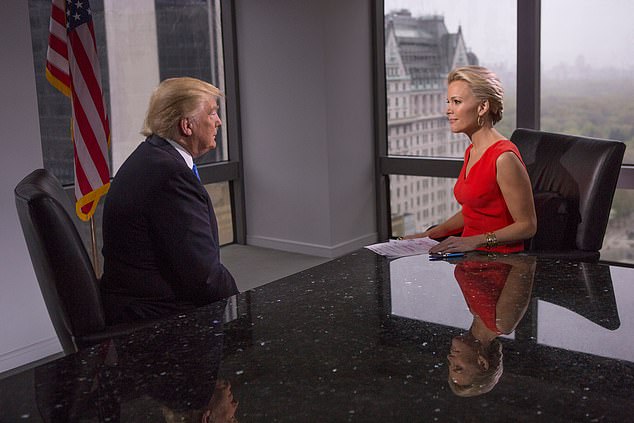 A media executive told DailyMail.com, ‘Our debate schedule needs a Megyn Kelly, overly kind treatment of the candidates won’t serve any of them well in the end’ 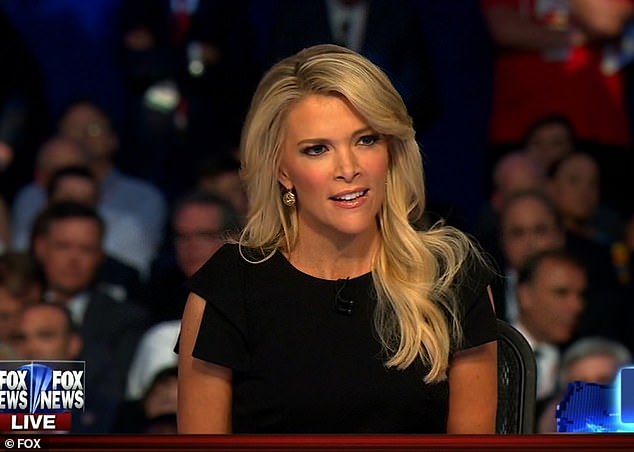 The first GOP presidential debate in 2015, was hosted and anchored by Megyn Kelly and fellow Fox News hosts Chris Wallace and Bret Baier and drew an unprecedented 24 million viewers

The ‘Cable Queen’ has the numbers to back up the title as well.

She holds the all-time ratings record not only for a political broadcast like a debate — but for cable news in general.

The first GOP presidential debate on August 5, 2015, was hosted and anchored by Megyn Kelly and fellow Fox News hosts Chris Wallace and Bret Baier and drew an unprecedented 24 million viewers — emerging as the highest-rated debate of all time — and also the highest-rated cable news program in history. 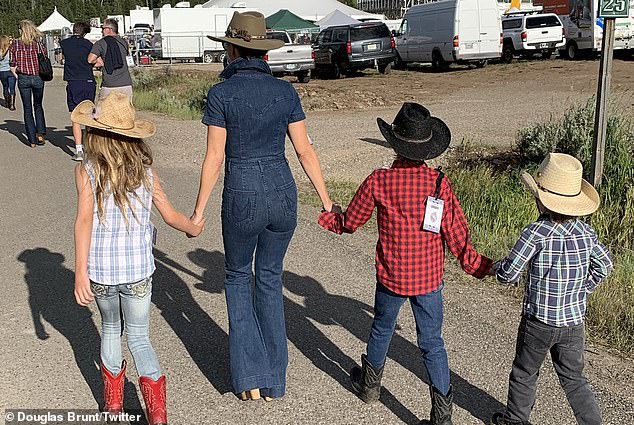 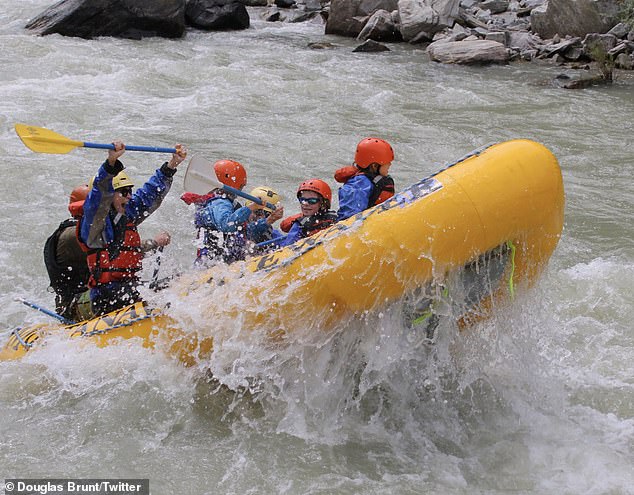 For now, TV’s hottest free agent has yet to decide her next move and appears to be enjoying her time off after her $69 million payout from NBC.

Her husband Doug also joined in the ziplining activities, and the adventurous family of five enjoyed white water rafting down the river.

In another photo, Kelly is pictured in a denim jumpsuit hand in hand with children  Yates 9, Yardley 7 and Thatcher 5, as they all donned cowboy hats and boots.