President Trump rejoined first lady Melania Trump for Easter weekend in Florida, with CNN reporting that the two were spotted sitting at a two-top together Thursday night at Mar-a-Lago.

The couple was seen just briefly spending time together, as the president went on to have dinner with boxing promoter Don King, who had campaign for Trump in 2016.

On Good Friday, Melania Trump wasn’t seen by the press at all, while Trump spent time at his nearby Trump International Golf Club.

He likely golfed, but pool reporters never caught a glimpse of the president throughout the day.

Trump was seen giving a double thumbs up from his motorcade as he traveled back to Mar-a-Lago Friday afternoon.

The motorcade zoomed right by an ‘Impeachment Now’ sign.

The president, seen giving a double thumbs up from his motorcade on Friday, was reunited with first lady Melania Trump Thursday night, the first time the couple has been together since the Stormy Daniels interview aired 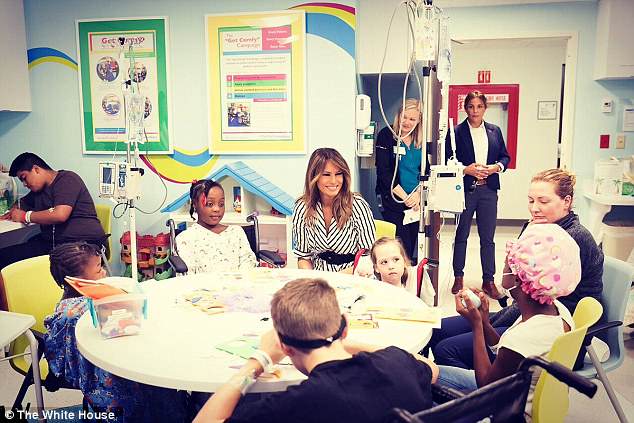 First lady Melania Trump had stayed in Florida for the week for spring break, and on Thursday toured the West Palm Children’s Hospital located at the St. Mary’s Medical Center 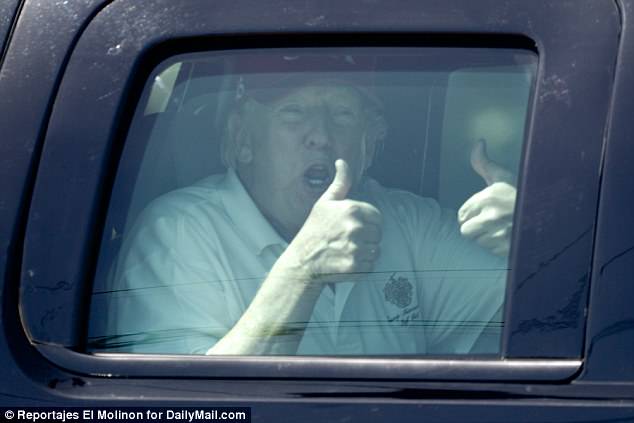 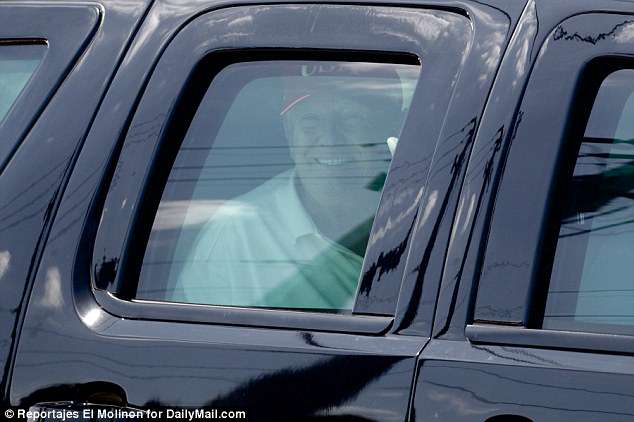 The president, wearing a white polo and a red ‘USA’ cap, was seen beaming from the backseat as he returned to Mar-a-Lago Friday afternoon 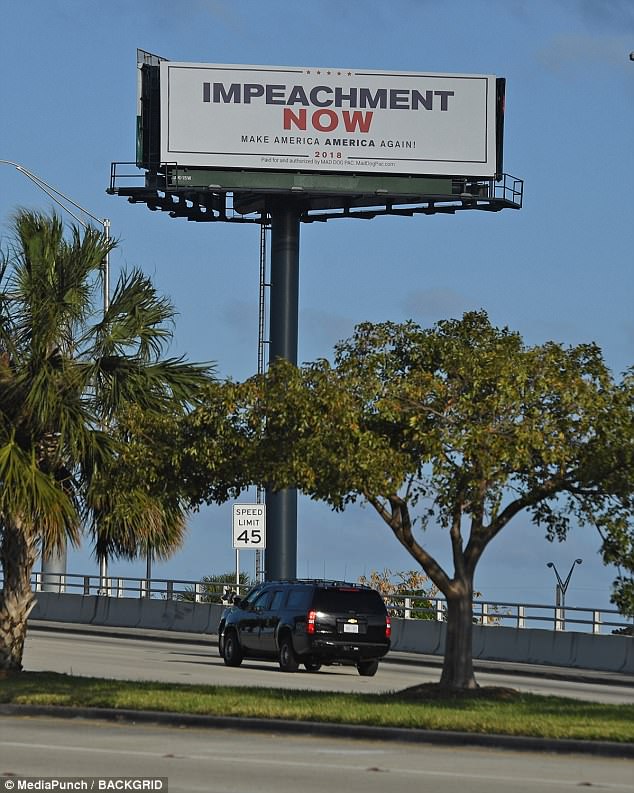 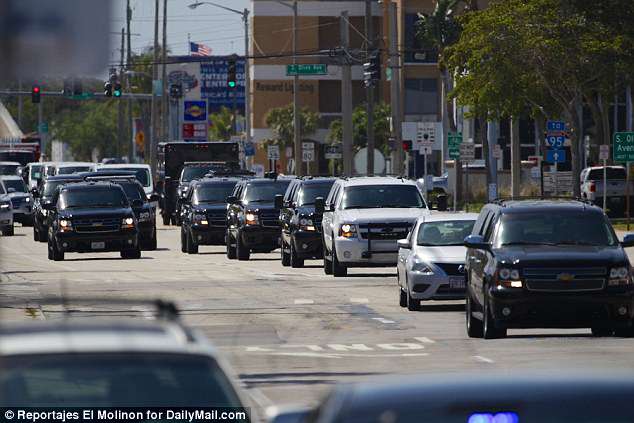 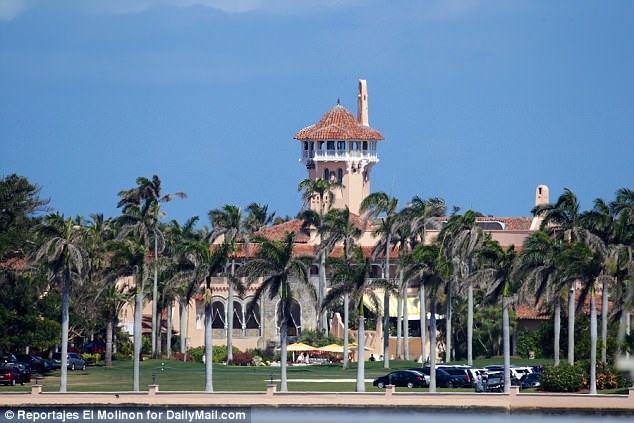 The president and first lady are spending one last weekend of the season at the ‘Winter White House,’ President Trump’s Mar-a-Lago estate 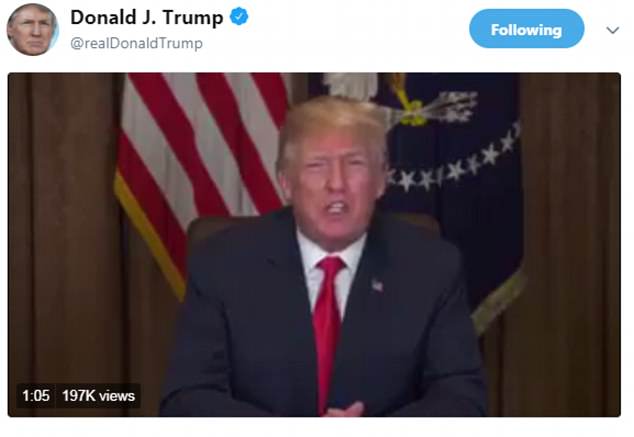 Shortly after returning to Mar-a-Lago Friday, President Trump tweeted out a video of himself delivering a Passover and Easter greeting

Upon his return to the ‘Winter White House’ the president tweeted a video of himself delivering a Passover and Easter greeting.

‘My fellow Americans, at this holy time of the year families across our nation gather in homes, churches and synagogues to light candles and to praise God,’ Trump said.

The president then referenced the stories of both Passover and Easter before adding, ‘both of these sacred celebrations remind us that God’s love redeems the world.’

‘In America we look to the light of God to guide our steps, we trust in the power of the almighty for wisdom and strength and we praise our heavenly father for the blessings of freedom and the gift of eternal life. Happy Passover. Happy Easter,’ Trump said.

First lady Melania Trump spread her own bit of Easter cheer, when she made an unannounced visit to the Palm Beach Children’s Hospital on Thursday, meeting with patients and their families.

Reporters weren’t informed of her trip to the St. Mary’s Medical Center campus until after the fact, with her spokeswoman Stephanie Grisham confirming it in a tweet.

Later Thursday, the first lady tweeted about the visit, and included some pictures. 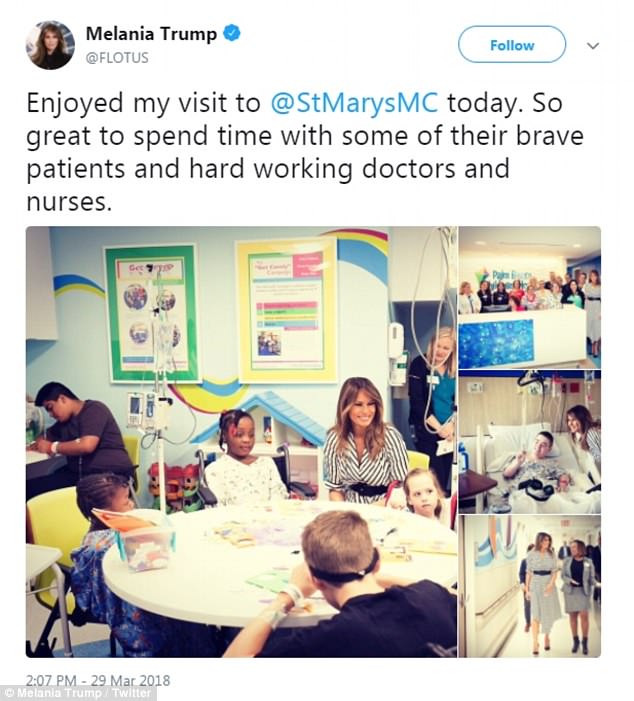 She sent out a tweet that included four pictures from her visit. While at the children’s hospital she gave out Easter treats 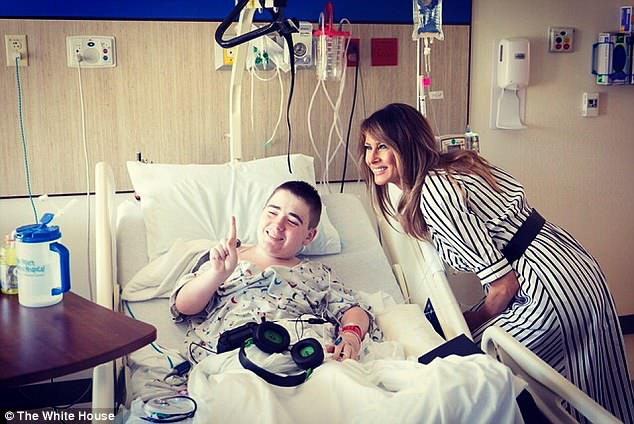 Melania Trump (right) is seen leaning over one young patient how is giving her a No. 1. The first lady made a surprise trip to St. Mary’s Medical Center in Florida Thursday 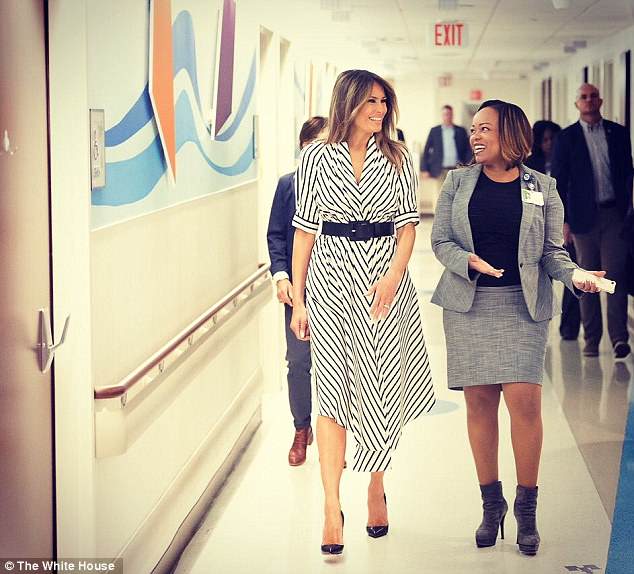 First lady Melania Trump (left) receives a tour of the Palm Beach Children’s Hospital on Thursday. She brought Easter treats to give to the kids while staying in Florida for spring break 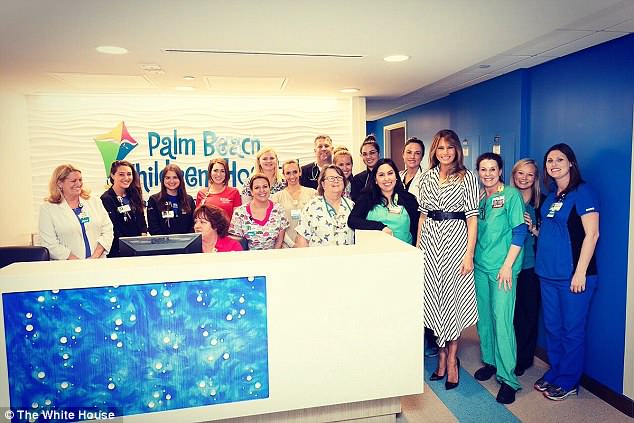 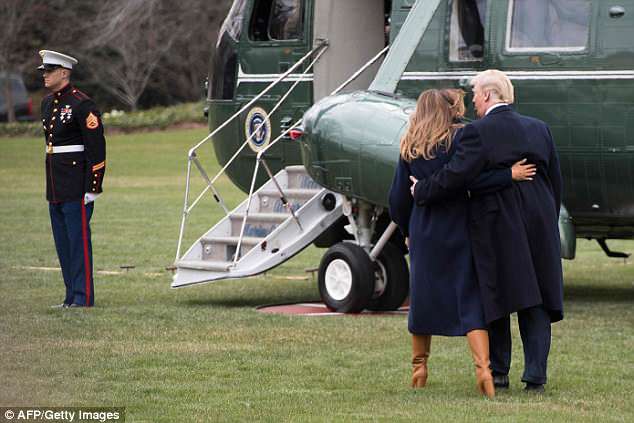 Melania Trump (left) embraces her husband President Trump (right) as they walk to Marine One together on March 19. The couple took a trip to New Hampshire to address the opioid epidemic

‘Enjoyed my visit to @StMarysMC today. So great to spend time with some of their brave patients and hard working doctors and nurses,’ Mrs. Trump said.

She and the president had been apart all week.

Thursday marked the first day she was seen out publicly.

She’s expected to return to Washington before Monday’s Easter Egg Roll, one of the year’s major events that the East Wing puts on.

After giving a speech in Ohio Thursday, Trump boarded Air Force One and headed to Mar-a-Lago to be reunited with his wife.

When the Wall Street Journal first broke the story of Trump’s personal lawyer Michael Cohen paying Daniels $130,000 in hush money weeks before the 2016 election, the first lady kept her distance, cancelling a planned trip to Switzerland with her husband.

Instead, Melania Trump toured the Holocaust Museum in D.C. and then boarded a plan to Florida for a Mar-a-Lago spa day.

She returned in advance of her husband’s State of the Union address, but took a separate motorcade to Capitol Hill, which was excused as a way that she could spend more time with her guests, as newsworthy Americans are always picked to sit in the first lady’s box.

More recently, Melania Trump has engaged in public displays of affection with her husband, including holding hands and sharing a photo of them standing together on the Truman Balcony – smiling – in front of D.C.’s early spring snow.

While Daniels said the two only had one sexual encounter, she also told 60 Minutes’ Anderson Cooper that Trump wanted it to happen again.

Grisham has defended the first lady on Twitter this week.

‘While I know the media is enjoying speculation & salacious gossip, Id like to remind people there’s a minor child who’s name should be kept out of news stories when at all possible,’ she said.