It’s typical for China to export products to the world but an online initiative is promoting British businesses’ chance to sell to China’s 900million-strong consumer market.

The 11.11 Go Global Pitch Fest is part of Singles Day on 11 November – dubbed the world’s biggest online shopping event – and has been run by Alibaba Group’s Tmall Global since 2014.

It helps brands to expand their business globally by fast tracking them into the Chinese market and showcasing them on the big shopping day.

This year, 11 British finalists were chosen out of 70 hopefuls to livestream their businesses with influencers well-known to Chinese consumers, such as Xiaobaoceping, Shiwangexiaojueqiao and Xiaofeiaifenxiang.

This year’s 11.11 Pitch Fest has given British and Irish businesses access to China. Chinese shoppers typically buy goods while watching livestreams on their phones

Pitch Fest 2021 was launched in June to find emerging brands that would resonate with the Chinese market.

David Lloyd, general manager UK, Netherlands & Nordics at Alibaba Group, says: ‘We had several entries which we looked at very closely. We had a conversation and got to know them better and their objectives…. there are a variety of different businesses from various sectors including food and drink, health and wellness and mother and baby brands.’

Lloyd says the businesses were chosen because they are ready to dedicate resources to the project and building their business in China.

He explains: ‘We felt they could be successful over the medium and long term and had to be ready to work at a pace.’

In some cases, finalists have had to make adjustments to their products to cater to the Chinese market.

Lo-Dough, for example, had to create a batch of fresh recipes to adapt to Chinese ways of cooking, which typically include using a wok to create stir fries or steaming.

Rob Wales, managing director and co-founder of Lo-Dough, says: ‘Their cooking equipment is around stir-frying and steaming but there’s a growing use of kitchen tabletop ovens. We knew we had to think of different ways on how they would use Lo-Dough.

‘The good news is that the Chinese market is open to and aware of lower calorie, healthier alternatives. With that in mind, we set up with our development chef to find out what we could we do with Lo-Dough that could fit a Chinese diet. We steamed our Lo-Dough and it turns out we could make great bao buns!’ 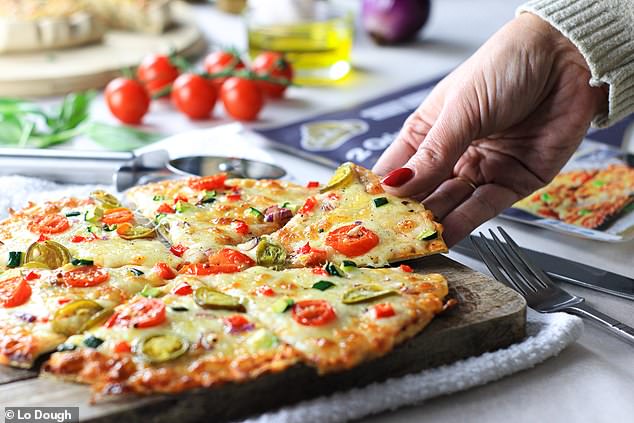 Lo-Dough is a low-calorie bread alternative with only 2.2g of carbohydrates. The company had to adjust its product for the Chinese market  and realised it could make bao buns

For some time, Chinese consumers have been buying wine through Tmall, but Lloyd now believes they’re open to Scottish whiskey and British beer.

‘We really do have a great heritage when it comes to whiskey and beer. Chinese consumers are curious about overseas brands and interested in different flavours, just as we are.’

Tea was a Chinese export but now several brands like the Brew Tea Company, Tetley Tea and HotTea Mama are being promoted on Pitch Fest to Chinese consumers.

11 UK and Irish Pitch Fest finalists at a glance

Lloyd acknowledges that selling tea back to China sounds like a bad joke but there are serious reasons why British beverage makers are breaking into the Chinese market.

He explains: ‘China’s tastes are evolving quite quickly, and its 700million strong middle class take trips outside China every year.

‘They are interested in imported goods. When Chinese consumers look at the tea category, they believe it is premium or offers something different. They also get excited about products that have a heritage or one that promotes health benefits.’

Phil Kirby, co-founder of Brew Tea Co., says Pitch Fest has been a positive experience for his small business.

He says: ‘They’ve done all the promo, lined us up with distribution partners, and placed our product with influencers. The process has taken a couple of months, but it would’ve taken us a lot longer without them.

‘All we needed to do was give them information about our products, and brand story. What it will allow us to do is speak more confidently with distributors in China.’ Brew Tea Company is one of the 11 finalists to participate in this year’s 11.11 Go Global Pitch Fest

Health and wellness brands also do well in China. The British finalists falling into this year’s category include nutrients and supplements range YourZooki; Vitl, a data-led tailored nutrition and supplements brand and Beyond NRG, a sugar free, natural nootropic energy drink that uses natural caffeine-free supplements.

Eco-conscious premium beauty skincare brand, Solv., is the only beauty product to make the cut, while two companies – Zita West and MotherlyLove – made the baby and maternity brands category.

Zita West is a fertility consultation service while MotherlyLove is a natural skincare brand designed for pregnant women across each stage of pregnancy.

While the Chinese consumer holds ‘Brand Britain’ in high regard, small businesses can still feel intimidated in taking their trade to China. Many cite logistics and language as a barrier to entry.

To address these fears for foreign companies dealing with China, Alibaba Group launched Tmall Global, an extension of its Tmall platform, while also catering to the increasing consumer demand for products and brands.

Tmall Global also taps into the Chinese consumer’s preference of buying items online, promoted by their favourite celebrities via livestreaming.

Lloyd says: ‘Live streaming has been around meaningfully in China for about three to four years, and it now accounts for 10 per cent of all e-commerce transactions in China. It started as a small thing and has become a critical activity now.

‘For companies that are unheard of in China, livestreaming is a powerful way to launch into the Chinese market. We certainly think it is the best way to start.’