The UK has ‘the right person in charge’: Donald Trump praises Boris Johnson as ‘far superior’

‘I think that U.K. has the right man in charge right now – the right person in charge, in the form of Boris,’ Trump told reporters in the Oval Office Tuesday.

The accolades to Johnson, who has been in his post as prime minister for about one month now, comes after the president and Johnson have spoken on the phone four times since the end of July.

‘A lot of people know that we have a very good relationship. I think he’ll be far superior, I think… he’s going to be very important for the U.K.,’ he continued.

May resigned at the end of May this year, and Johnson was elected Conservative Party leader at the end of July and at that time was appointed prime minister.

Trump and Johnson spoke for the fourth time on Monday.

‘President Donald J. Trump spoke by telephone with Prime Minister Boris Johnson of the United Kingdom earlier today to discuss a wide range of trade and economic issues,’ the White House said in a statement.

‘Prime Minister Johnson also provided the President with an update on Brexit,’ the statement continued. ‘The President expressed great enthusiasm for his upcoming meeting with the Prime Minister at the G7 Summit in Biarritz, France’ 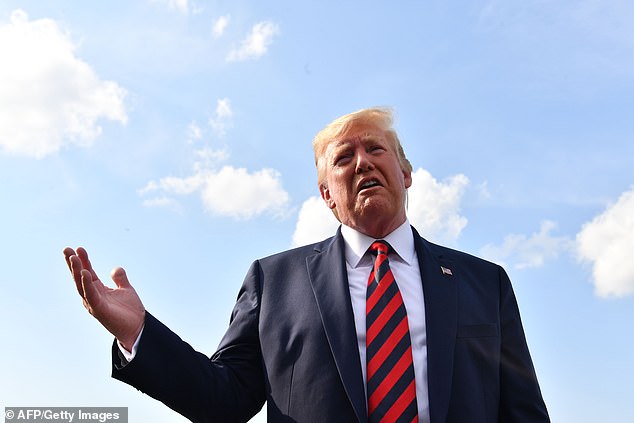 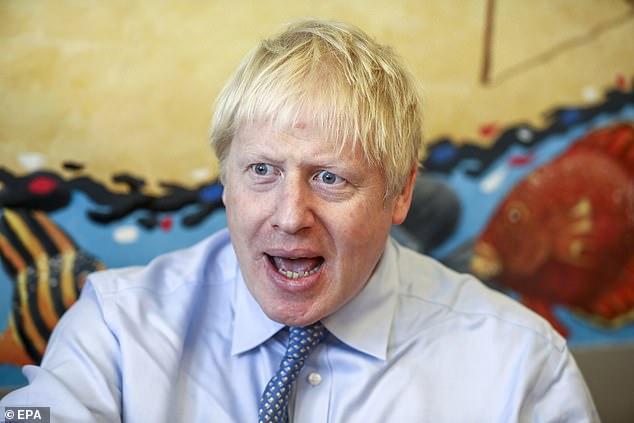 The phone conversations between the two comes as they prepare for a Group of Seven summit in France next weekend.

The frequency of contact between the leaders Trump’s repeated suggestions that Johnson should be the next prime minister, have been a boost to the British politician who’s a conservative with similar views to Trump’s.

The relationship between the two has been friendlier than the one between Trump and May.

Toward the end of her tenure as prime minister, Trump assailed May in tweets over the leaks and her failure to get parliamentary approval for Brexit.

The U.S. president has lavished praise on Johnson since he won the keys to Downing Street, welcoming the former mayor of London’s election as Tory leader by predicting he would do a ‘great job’ and suggested he was ‘Britain Trump.’

The two men spoke immediately after Johnson became PM at the end of July and again at the start of August. They have spoken a total of four times now.

Trump tweeted about his call with Boris Johnson on Monday, saying he was looking forward to meeting the British PM on the weekend

World leaders are preparing to head to Biarritz, France from August 24-26 for the 45th G7 Summit.

Canada, France, Germany, Italy, Japan, the United Kingdom and the United States are members of Group of Seven, which includes the seven largest economies in the world. These countries represent almost 60 per cent of the global net worth.

Trump’s talk with Johnson also comes as the prime minister has scrambled to defend Brexit plans following a leak of an internal report over the weekend.

The document, ‘Operation Yellowhammer,’ warned of potential fallout from a ‘no-deal’ on Brexit, including widespread disruption at ports and potential shortage of food, drugs and fuel.

Johnson’s trip to Berlin on Wednesday and Paris on Thursday will be his first official trip abroad since being installed as prime minister.