Are these licence plates REALLY offensive? The unbelievable reason a driver was robbed of his number plates by police

A motorist has had his custom-made number plates cancelled because officials considered them to be offensive.

Peter Hansen, from Portland, in Victoria, has had the plates reading ‘WEPN’ on his 1971 Holden Torana for ten years.

Mr Hansen’s plates were cancelled when his wife Jacinta applied for a set of plates for another car reading ‘WEPN 2’.

He received a letter from VicRoads in June which the plates were ‘unacceptable’.

Mr Hansen waited until Friday to change his plates and invited friends to join him on WEPN’s last drive.

‘Come join me and WEPN for her last cruz (sic) around the streets of Portland and then to VicRoads to buy a new set of plates, sad it’s come to this but that’s VicRoads for you,’ he wrote on Facebook.

Mr Hansen has vowed to fight to keep his custom number plates and has received a wealth of support from car lovers and his community.

‘The community support, and the local people of Portland, and everything that’s been done for me, I feel like a very rich man,’ Mr Hansen told 7News.

Ms Hansen said the number plates were part of the family.

‘We’ve done everything in the car, we’ve gone all over Australia, we’ve competed in events,’ she said. 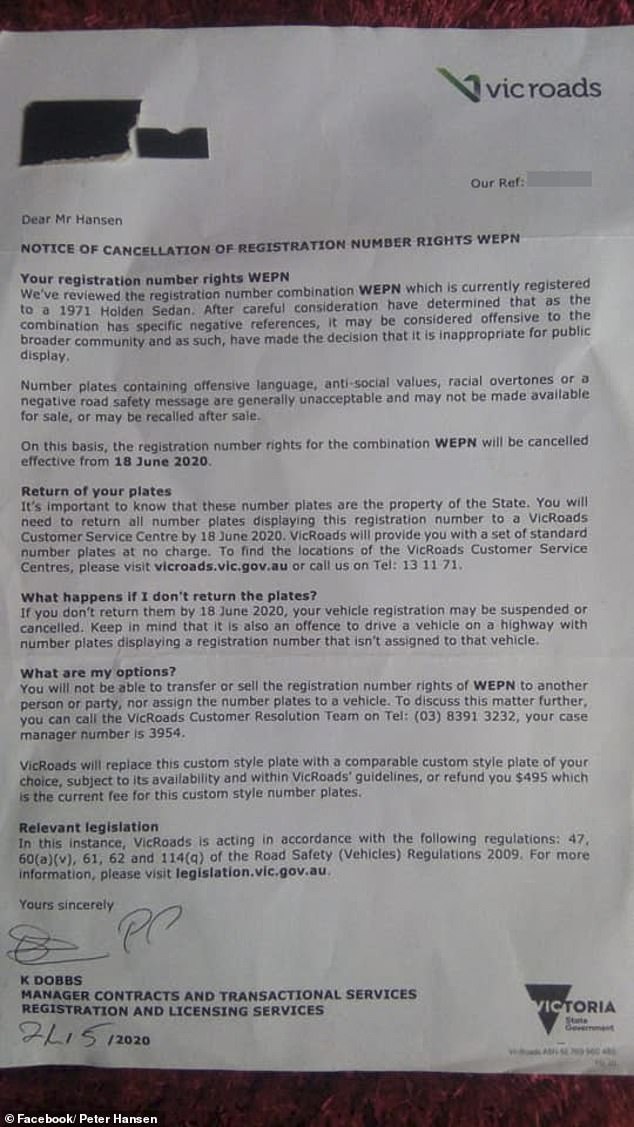 A Change.org petition was launched to protest VicRoads’ decision and let Mr Hansen keep his plates on his car, which is well known in the area.

‘This is so wrong for so many reasons. So I ask for all my fellow car enthusiasts to sign this so that the rights to the plates return to its rightful owner Peter Hansen,’ the petition reads.

More than 11,600 people have signed in favour of the petition.

Despite having put generic plates on his car, Mr Hansen has kept the WEPN plates in the hope of a successful bid against the Victorian Civil and Administrative Tribunal. 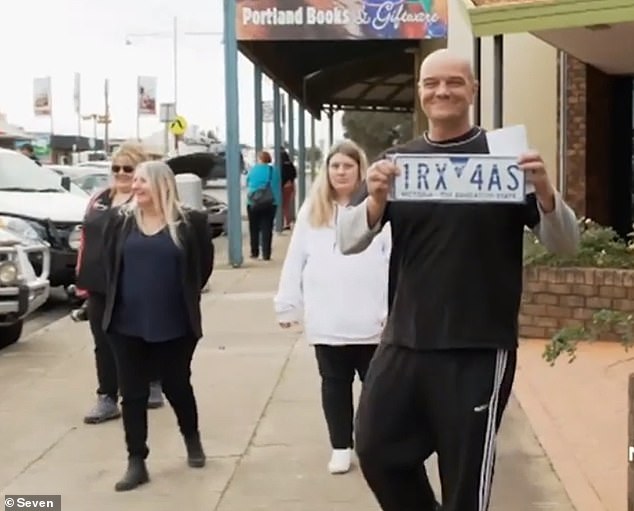