The Valleys star jailed for drug dealing in Wales

Leeroy Reed, who appeared in MTV’s The Valleys, has been jailed for drug dealing

A reality TV star who tried to launch a career as a rapper has been jailed for drug dealing.

Leeroy Reed, 27, starred in MTV show The Valleys and released a single in 2013 called Can’t Get Enough.

But he is now facing up to a year behind bars after he and other members of a cocaine and cannabis dealing gang were caught in Porthcawl, south Wales.

A court heard Reed’s accomplice Owen Morgan, 23, was arrested on suspicion of supplying cocaine during a night out.

The spokesman said: ‘Among the evidence found at his property were mobile phones which linked both Reed and Griffiths to drug supply operation.’

‘Both were subsequently arrested and all three were convicted of being concerned in the supply of cannabis and possession of cannabis.’ 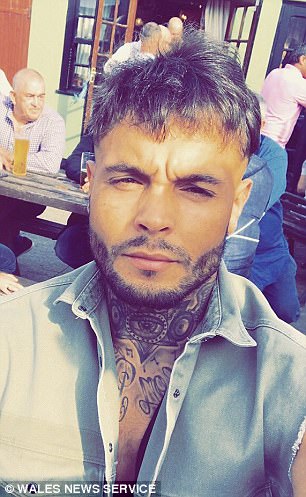 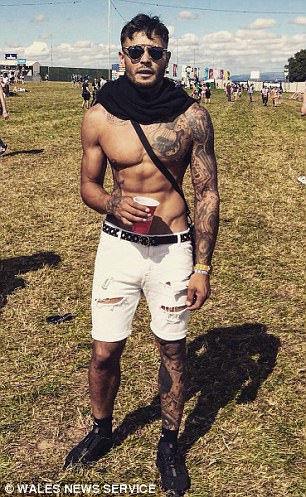 The reality TV star already has a string of convictions, including one for attacking his ex

Police said Reed and Morgan: ‘Were instrumental in supplying drugs in and around Porthcawl.’

Reed, of North Cornelly, admitted supplying Class A drugs and was jailed for 22 months at Cardiff Crown Court. He will serve half of that behind bars before being released on licence. He was one of a three-man gang jailed over drug dealing in Porthcawl, south Wales

Just days before he appeared in court Reed tweeted: ‘My lucks slowly recovering watch me clean up on Halloween.’

In August 2013 he was found guilty of slamming an ex-girlfriend’s head into the door of a BMW but was spared jail.

He was given a 12-month community order with 150 hours of unpaid work and ordered to pay £630 in court costs.

Speaking after the drugs convictions, detective Inspector Dean Taylor, said: ‘Illegal drugs have a devastating impact on our communities, inflicting misery upon users and their families, and local residents.

‘We hope this sentence sends a strong message to anyone else who sees Porthcawl or the surrounding area as a potential marketplace in which to ply their illegal trade.

‘As always, I would urge anyone with information about illegal drug activity in their community to tell us what they know via 101. We can and do act upon intelligence from the public and we will continue in our determined efforts to target those involved in the supply of drugs.

‘An investigation is now also underway into the trio’s assets and finances, under the Proceeds of Crime Act, to ensure that they are unable to benefit in any way from their criminality.’ 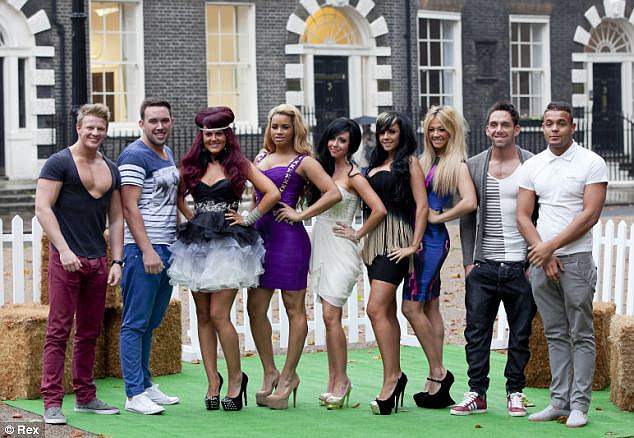 Reed, pictured (right) with members of The Valleys cast, was handed a 22-month sentence