The vegan restaurant that wants YOU to pay for their mounting bills, back rent and staff wages

A struggling business owner who closed her restaurant due to poor sales has turned to crowd funding to avoid losing her second business.

Feed the Earthlings owner Teaki Page closed her vegan fast-food restaurant in Broadbeach in May after sales declined, so when her second business in Burleigh Waters started to suffer she reached out for help.

Ms Page posted a crowd-funding campaign for $5000 to help cover the costs of bills and back rent, which she blames on poor trade due to the Commonwealth Games. 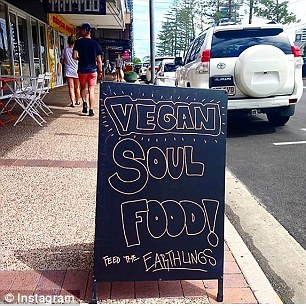 The business owner told Gold Coast Bulletin she isn’t proud of having to ask for money, but added it was her ‘last resort’ to save what she called a ‘social enterprise’.

She added unlike other fast food chains, Feed the Earthlings has a sustainable approach to cuisine, with a focus on food that has a reduced impact on the environment.

‘The only way I have been able to live with it is because we are a social enterprise, we’re not just a business, we’re part of a bigger community and a movement,’ she said.

‘We are an integral part of that and we are really making a difference.’

According to the restaurant’s website, the eatery is 100 per cent vegan, with meat free, dairy free, and gluten free options, and was voted Gold Coast’s best burgers.

The gofundme listing, which is titled ‘Keep vegan Feed the Earthlings’, has already raised $4000 of its target goal, along with plenty of positive feedback. 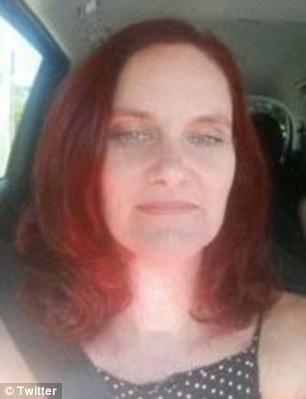 Business owner, Teaki Page said her restaurant is a ‘social enterprise’ with a sustainable approach to cuisine

‘You guys are hugely important to reducing the divide between vegan and non-vegan food choices and demonstrating that delicious food does not have to come at the cost of living beings,’ one person wrote of the crowd funding site.

‘Wishing you guys all the best. What you are doing is brilliant three fold – for the animals, for the environment and for people’s health. Get back up on top,’ another person said.

A third person added: ‘Best of luck bouncing back!’

However, despite the positive comments, not everyone agreed with the idea of businesses asking for handouts.

Public relations officer Andrew Meadowcroft told the publication crow funding wasn’t a suitable solution, and was ‘cheeky’ given that customers already have to pay for food and services.

‘I certainly wouldn’t recommend that strategy,’ he said.