The VERY middle class wooden toys on trend for Christmas

But for some parents, it seems, it’s all become a little too common.

And to cater to their demands, new ranges of much posher kitchen toys made exclusively of wood are hitting the shelves.

The sets include ‘Nespresso’ coffee-makers, US-style fridges with ice-dispensers, smoothie-makers, Aga cookers – and, of course, that middle-class staple, avocados.

The wooden ranges are being sold by major store chains including Aldi, Asda and John Lewis in an effort to capture a slice of the vast Christmas toy market.

Peter Jenkinson, who follows toy trends and runs the Toyology website, said the sets were part of a ‘push-back against plastic’, adding: ‘Often consigned to the back of a cupboard when not in play, plastic play-sets are being replaced by highly crafted wooden sets that are left on display when not used.’

Asda’s Gemma Bergin said its new ‘Smeg’-style wooden fridge and kitchen toys were coloured light blue ‘to ensure they are tempting for children, while appealing to parents looking for toys to complement their homes’. 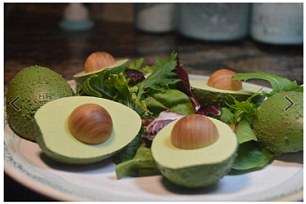 Aldi is expanding its wooden toy range in October. It will sell a wooden Nespresso-style machine, complete with changeable pods, as well as a wooden smoothie-maker.

‘Our wooden toys have become increasingly popular with the range selling out online in a week last year,’ said Aldi’s Tony Baines.

‘There is demand for wooden toys based on modern kitchen appliances, as children love to mimic their parents.’

John Lewis began selling a wooden Aga and coffee machine last year. The store’s Ben Archer said: ‘Fifty-two per cent of toys we sell are crafted from wood. The coffee machine is one of our best-sellers, outselling the plastic version three to one.’ 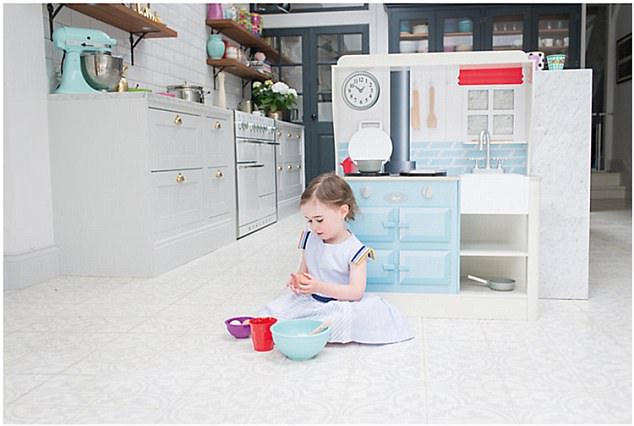 The outlet where it sells best is the John Lewis at London’s Canary Wharf, where many corporate lawyers and bankers work. One toy company, Donkey Products, has brought out a wooden smartphone and laptop, where the screen is a blackboard.

The firm’s Lewis Dawson admitted most buyers were ‘middle-class, affluent parents and grandparents – there is a certain snob value to them’. Kieran Elsby, a spokesman for Hape, who supply Harrods, says sales of role-playing wooden toys are up 16 per cent. ‘If you’re slicing an avocado or aubergine in the kitchen, children enjoy copying that.’