Last spring, my allotment-holding neighbour, Janet, tearfully told me she was quitting the plot she had lovingly tended alongside mine for the past 15 years. She was moving away to look after her frail mother.

‘I’ve just come for one last look,’ she said sadly.

With any luck, the wistful tears blurred her view of the unkind smirk fighting its way onto my face as I falsely claimed to feel sorry to see her go.

The unedifying truth is, I’d been waiting for something like this to happen for years.

Our allotments used to be one plot, which got split in half when the last tenant gave it up in the mid-Noughties. Then the new, smaller plots were handed out to me and to Janet, knocking two people off the lengthy waiting list. I hoped her leaving would mean I got my hand on the whole original allotment.

Plot-splitting is a policy increasingly being adopted by councils — two-thirds of local authorities have reduced the size of their allotments. Stock image used

Plot-splitting is a policy increasingly being adopted by councils — two-thirds of local authorities have reduced the size of their allotments to tackle waiting lists that can be decades long and up to 400 people deep.

Half plots, quarter plots, even microplots containing just enough space for a couple of raised growing beds are being gratefully snapped up by those looking to save money on groceries in the cost-of-living crisis or who fancy a taste of the Good Life.

But offering less space to more people only ever leads to dissatisfaction in the end.

And so I fear this policy has turf war written all over it.

At our site, fellow allotment-holders get their tape measures out the minute someone’s gone on holiday — they’re checking their fellow growers aren’t enjoying more square-footage than they’re due.

Paving flags routinely get lifted and re-laid if natural movement on dividing paths means someone’s ended up with a few centimetres more than they started with — there’s no point arguing about it, because the measurements are clearly stated in our leases.

Although one chap has started putting signs up around the perimeter of his plot whenever he goes on holiday, stating trespassers will be composted.

Letting your raspberry canes spread to your neighbour’s plot is seen as a hostile invasion; the offending articles usually get ripped out and flung on to the would-be invader’s plot, presumably because actions speak louder than words.

Fifteen years ago, I was so thrilled to have finally made it to the top of the waiting list after eight long years, I didn’t care how much land I’d been allotted. But over time, my fingers got greener and so did my gaze.

I’d look around at full-sized plots, suddenly envious of the greenhouses, polytunnels and fruit trees I didn’t have room for. If mine had only been a quarter plot, I know I’d be mad with jealousy by now.

As it was, a couple of years ago I got my tape measure out, indignant to discover Janet had got the marginally bigger half when our plot was split.

So when she told me she was leaving, I didn’t hesitate. That evening, I phoned our site manager, Jim, demanding I be allowed to take over Janet’s plot in a first-come-first-served land grab.

‘Stop being greedy and be grateful for what you’ve got,’ was Jim’s blunt response. Janet’s plot was being halved again, he told me, knocking two more people off his waiting list and that was that. ‘The same will happen to yours when you go,’ he added ominously. 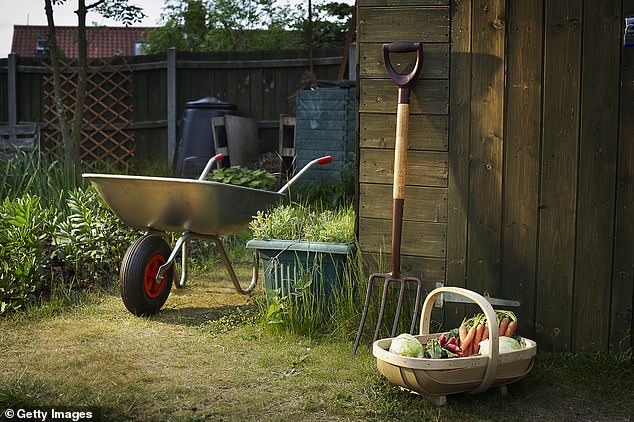 ‘Allotments might sit at the heart of communities but they’re run as dictatorships,’ Annie Graham writes. Stock image used

The words were a warning shot fired straight across my brassicas, and I immediately backed down. Jim gets endless late-night emails and phone calls from a persistent hardcore among the 50-odd would-be growers waiting for a plot — so I don’t blame him for looking for inventive ways to cut that list down. And he has all the power.

Allotments might sit at the heart of communities but they’re run as dictatorships. Upset the wrong person — in this case, the site manager — and it won’t be the ever-hungry caterpillars that’ll see you off. It’ll be your fellow allotmenteers.

I’ve had b****y comments made about my ‘amateur-looking’ bean frames and an old compost bag full of weeds dumped in my salad bed with an anonymous note saying: ‘These grew from seeds that blew over from your plot, so you can have them back.’

When illness meant I didn’t make it down to my plot one year until the growing season was well under way, I was warned I needed to ‘shape up or ship out’.

Worryingly, as demand even for small holdings has increased at our site, so too has plot turnover.

You’d expect, of course, a good proportion of newbies to soon give up on theirs — quickly discovering that those Instagram-worthy shots of the sun going down over their pea frames aren’t actually worth the backbreaking work that goes into them. But it’s the plots suddenly being vacated by hardened devotees that I find troubling.

Not least because Jim always seems to have a hand in it. 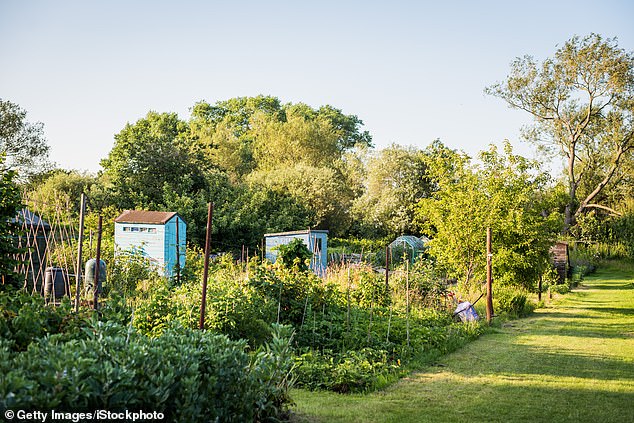 ‘Half plots, quarter plots, even microplots containing just enough space for a couple of raised growing beds are being gratefully snapped up by those looking to save money on groceries in the cost-of-living crisis or who fancy a taste of the Good Life,’ Annie says

Take our most recently departed, Bill, who’s had his allotment since the 1980s but abruptly left last month after being accused — by Jim — of attempted murder.

It started with a heated row between these two septuagenarians over some stolen manure. Jim caught Bill filling a bucket to take home for his roses, off a pile that had Jim’s name on it.

The first rule of allotments is you don’t take another man’s muck without asking. Jim went mad. Bill, knowing he didn’t have a leg to stand on, walked away, not realising Jim had reached such a peak of indignation, and on one of the hottest days of the year, that he had keeled over.

Bill, who’d left his hearing aid at home, didn’t hear Jim’s feeble cries for help and carried on walking. Every re-telling of this story saw it become more dramatic, ultimately evolving into a clear case of Bill trying to kill Jim by ignoring his cries for help.

Poor Bill couldn’t cope with being branded a would-be killer and quit. He felt wounded that no one challenged Jim over his preposterous version of events.

But Jim has made cowards of us all, making examples of several of us by issuing written warnings for breaking rules he’s only recently started enforcing, such as having to spend a minimum number of hours on your plot during the growing season and making sure the majority of your plot is being cultivated. We all fear too many infractions could see us booted off the site, our plots carved up.

I got one after being blamed for someone’s infected midge bite after the victim mentioned, only half-joking, that the insect probably came off my weedy plot.

That was all Jim needed. I was on holiday at the time, but was tried in absentia and found guilty. The first I knew about it was a handwritten letter pinned to my shed door telling me that if I didn’t have time to stay on top of my weeding, I should stop taking so many holidays or, better still, just quit.

Why not just oust Jim? He was elected to the role long before I came along and any hint of a coup quickly gets crushed because no one else wants his job. It’s a council site, but we’re self-managing and Jim does most of the work.

I haven’t got the time or inclination to make manure deals with the local farmer, get everyone’s rent in each year and, of course, handle that headache of a waiting list. Everyone else feels the same way. 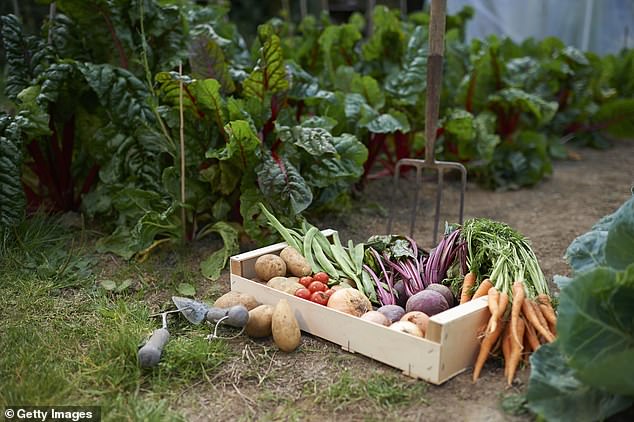 No one, apart from Bill, has shouted back at him — and look how that ended for him.

Sadly, people at our site are now leaving voluntarily because they don’t like this change in atmosphere. I know three old-timers who are leaving because of it.

The thing is, it’s no good bringing loads more new people on to a site if the old guard they’d traditionally have learnt from have all moved, or been moved, to make room for them.

My new neighbours arrived in April, enthusiastic and grateful for what they’d been given as they took over one half each of Janet’s old plot.

Less than six months on they’re looking around and complaining loudly that they should have got more. My own plot suddenly seems huge by comparison.

I should probably warn them Jim doesn’t take kindly to dissent. But if he’s ticked off with them, then his attention will be off me — which is why I’ve decided to let them find out for themselves.