Teenagers are dying on Britain’s streets because of a sick ‘scoreboard’ system which sees gangs members awarded different ‘points’ for stabbing rivals on different parts of the body.

Young thugs get maximum points for inflicting a head injury, with lower scores for hitting the chest or stomach, in a system experts think stems from violent computer games.

At least two deaths have been linked to gangs who boasted about scores in drill videos online, with many more feared to have been injured in the carnage.

Earlier this year, The Mail On Sunday revealed gangs were boasting of their gruesome score tally on social media, fuelling an explosion in tit-for-tat violence.

Now an investigation by Sky News has found 17-year-old Rhyhiem Barton, who was shot dead in Kennington in May last year, had previously rapped about ‘the scoreboard’ in a music for his ‘Moscow 17’ gang.

The murder of Tavis Spencer-Aitkens in Ipswich in June last year also came after his killers bragged about the scoring system in a drill video they posted online. 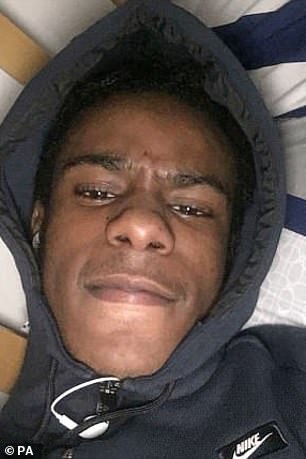 Tavis Spencer-Aitkens (left) and Rhyhiem Barton have both died in attacks linked to gangs who boast about their ‘scoreboard’, in which members gets points for different attacks and crimes 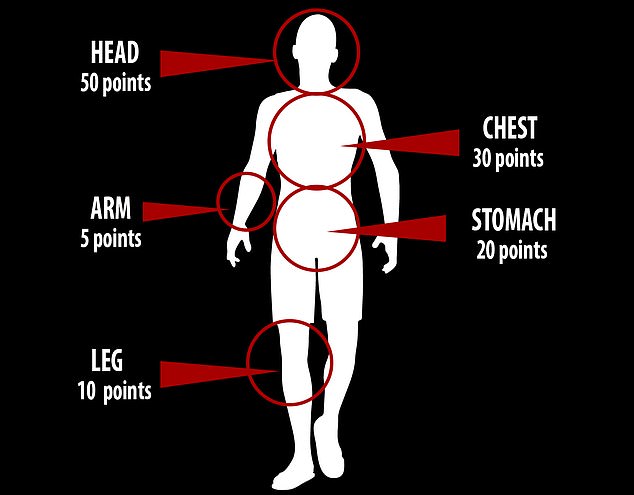 Gang members get the most points for attacking someone in the head, then lesser ‘scores’ for injuring a rival on another part of the body, the Sky News investigation claims

Rhyhiem Barton – who rapped under the name GB – was killed on the Brandon Estate where he lived. Relatives said he was shot from a BMW by thugs armed with a shotgun.

His devastated mother, who had previously sent Rhyhiem to live with relatives in Jamaica following an earlier stabbed, had to wash his blood from the street.

His murder was one of five shootings in London that weekend amid tit-for-tat violence among some gangs.

The Moscow 17 video he appeared in included the lyrics ‘check the scoreboard’ and repeated references to people getting ‘splashed’, slang for stabbing.

In Ipswich a month after Barton’s murder, Tavis Spencer-Aitkens, aged 17, was attacked by a gang and later died of a stab wound.

Five members of J-Block have since been jailed for a combined total of more than 100 years over the killing and it later emerged some of the killers had appeared in YouTube rap video which referred to ‘scoring points’. 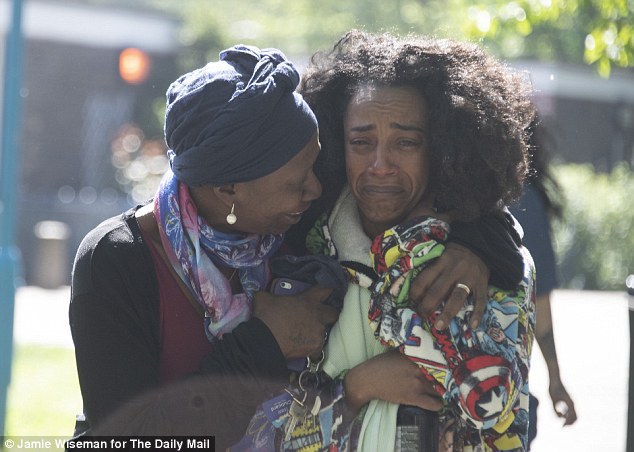 Rhyhiem’s devastated mother, who had tried to shield him from the violence on their estate, scrubbed his blood of the pavement following the fatal attack

Chris Preddie, a former gang member who has been awarded the OBE for his work with young offenders, previously warned that the scoring system was fuelling violence.

Mr Preddie said gang members send bragging messages on Snapchat or other social media to each other with videos of the violent acts accompanied by coded emojis signifying the particular crime.

‘It’s for everything you can think of from petty theft to phone-snatching to gang-related incidents,’ he said.

‘You don’t see the scores but you see them posing with the knives and with the big money… that’s part of the points system. It’s a systemised culture. 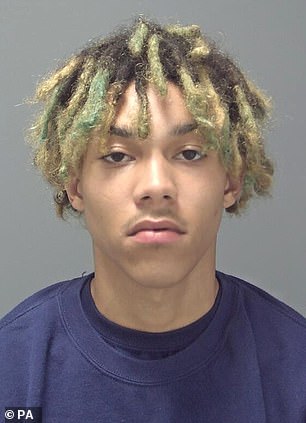 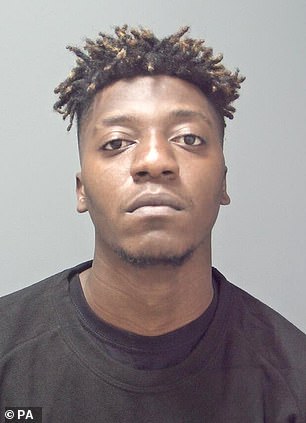 Four were convicted of Tavis Spencer-Aitkens’ murder. Kyreis Davies got a minimum of 21 years. Aristote Yenge will serve at least 25 years 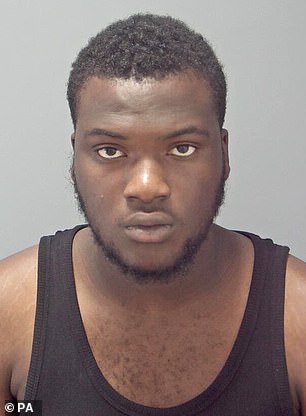 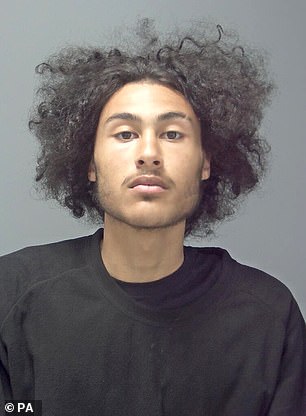 Four were convicted of Tavis Spencer-Aitkens’ murder. Adebayo Amusa got a minimum of 23 years. Isaac Calver will serve at least 21 years

Mr Preddie added: ‘If a child in Slough has suddenly found out about Scores, he’s found it through YouTube.

‘These Drill rappers have massive platforms to inform the minds of young people.’

The Commissioner of the Met Police, Cressida Dick, recently said she believes her force has turned the tide on knife crime thanks in part of the increased use of stop and search.

But figures suggest suggest the carnage could now be moving to other cities.

Figures published earlier this month showing knife crime is up 35% in Merseyside, 20% in West Yorkshire and 17% in the West Midlands. The number of killings was up by nearly half in Yorkshire and almost 20% in the North West. 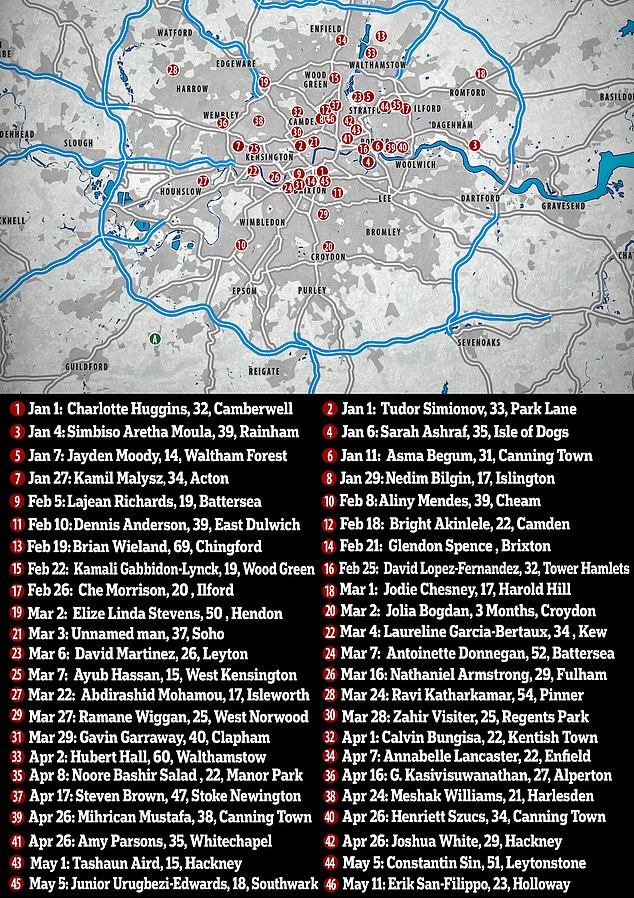 London has already seen well over 40 murders this year, many linked to gang violence