The Voice crowned its season 14 champion on Tuesday during a star-studded finale.

Brynn Cartelli of Kelly Clarkson’s team was named the winner by host Carson Daly at the end of the two-hour episode on NBC.

Season fourteen: Britton Buchanon, Brynn Cartelli, Spensha Baker and Kyla Jade were the four finalists vying to be named the winner of The Voice on Tuesday on NBC

Spensha Baker also of Blake’s team was the fourth-place finisher.

Kelly Clarkson was a new coach for the season and was joined by returning coach Alicia.

The winner of The Voice receives a $100,000 prize and a record contract with Universal Music Group. 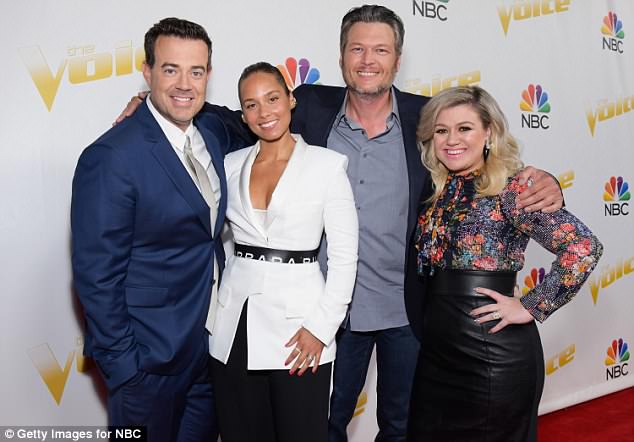