The Voice: Coaches in tears as singer auditions with late father’s favourite song

A blind audition by contestant Melanie Cowmeadow left the coaches on The Voice Australia in tears on Wednesday night.

The 23-year-old poured out her heart as she sang Florence + the Machine’s power ballad Never Let Me Go, a favourite of her late father.

Melanie later explained the last time she’d heard the song was when it was played at her dad’s funeral earlier this year.

Powerful: A blind audition by contestant Melanie Cowmeadow (pictured) left the coaches on The Voice Australia in tears on Wednesday night

All four judges turned their chairs during Melanie’s tearful performance.

Through tears, her voice breaking, Melanie said the tune was a favourite of her father’s, who was left in coma after a bad accident.

‘I’m so sorry,’ Keith told the young singer, before giving her a hug. 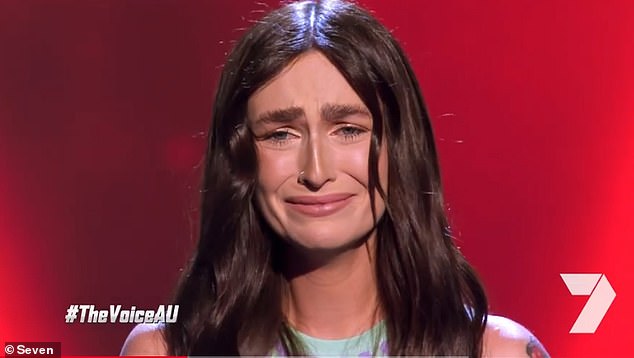 Heartbreak: Melanie told the judges after her blind audition that the last time she’d heard the song was when it was played at her dad’s funeral earlier this year 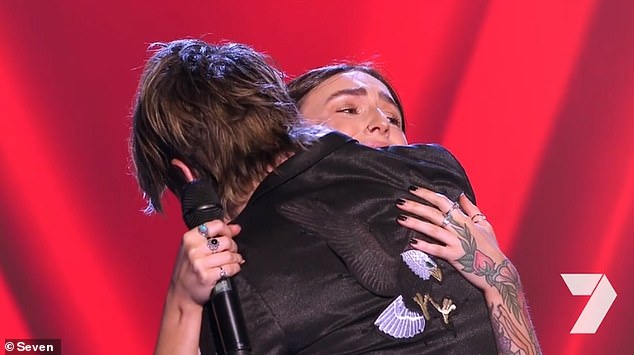 ‘I’m so sorry’: Coach Keith Urban hugged Melanie on stage after she shared her sad story

‘You’ve got us,’ Jessica Mauboy said.

Guy Sebastian admired Melanie’s bravery, telling her: ‘I’m just in awe of how you kept it together.’

And Rita Ora wiped away tears as she admitted: ‘I can’t stop crying.’ 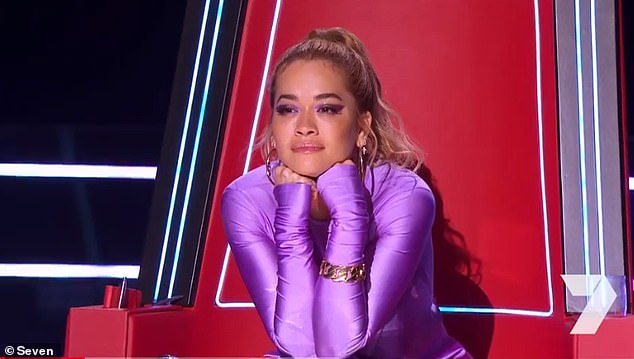 Moved: Voice Judge Rita Ora is in tears as she listens to Melanie’s story

Keith described Melanie’s performance as extraordinary, gushing: ‘That’s a whole different level of artistry in connection to a song.

‘You were really in that song, like, inside it.’

Melanie, overwhelmed by the experience, was comforted by Guy. 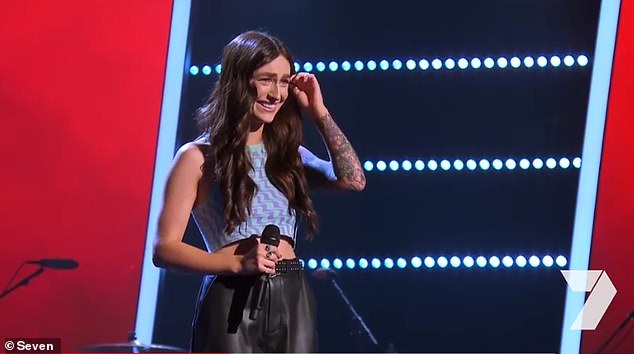 ‘Every coach on this panel has the right heart and it’s in the right place and we would all love to work with you,’ he said.

Melanie joined Team Keith and later introduced the country music superstar to her mother and grandmother.

She laughed as Keith gave her grandmother a big hug. 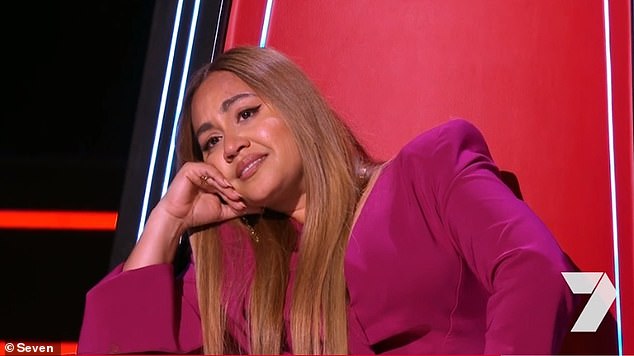