Disappearing act! The Voice star Adam Adam Ludewig shows off his dramatic weight loss after tipping the scales at 145kg

He has wowed the judges with his incredible performances on The Voice.

And now Adam Ludewig has blown fans away with his dramatic weight loss since appearing on the show.

Sharing details of his transformation on Instagram, the 16-year-old opened up about his weight struggles and posted a series of images that revealed his slimmed down physique.

Disappearing act! The Voice star Adam Adam Ludewig has revealed his dramatic weight loss after tipping the scales at 145kg

‘All thru out me growing up I always loved to eat. I’d eat till the cows came home I tell ya,’ he captioned the post.

‘By the time I was 12 I was weighing at 100kgs on the dot and I entered into high school. By the time I was in year 9 I was 130kgs. I went thru heartbreaks – bullying I just didn’t have any guidance.’

Adam added that he went through a ‘depression stage’ and by year 10 he weighed 138kg. 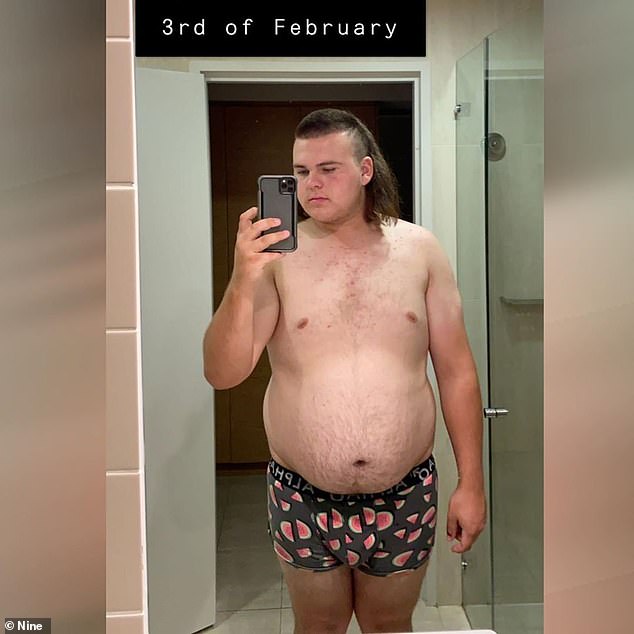 Weight woes: At his largest, Adan tipped the scales at 145.5kg

At that point he began exercising and dropped a few kilos, but he admitted that he ‘lost motivation’ and his weight crept up to 145.5kg.

‘I met my girlfriend on the 10th of March and that’s when I decided I needed to change,’ he revealed.

‘I worked hard. Harder then I’ve ever worked and I tried so much to change how I felt and looked. And I was going so good but I lost motivation at a stage around our 2 months but I’m back in it again and I feel better then ever.’ 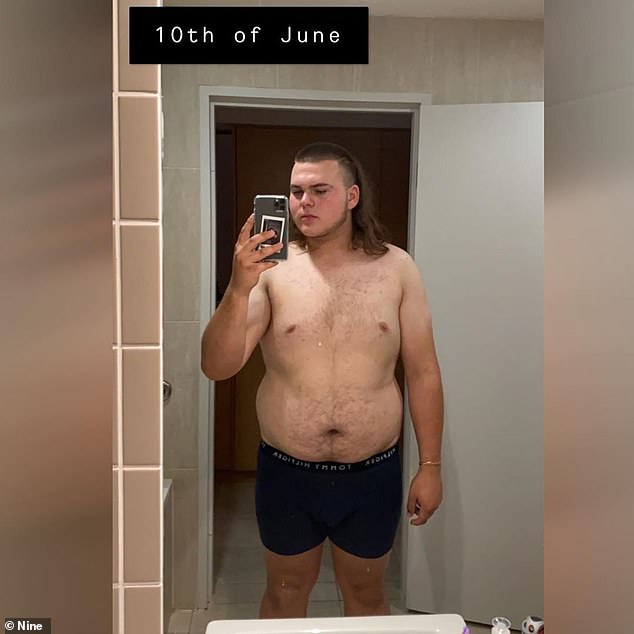 Dropping the weight: Adam said he has managed to slim down to 136kg in the last month

Adam now weighs 136kg and wants to encourage others that they can do the same.

The reality star also shared a series of images that showcased his weight loss. 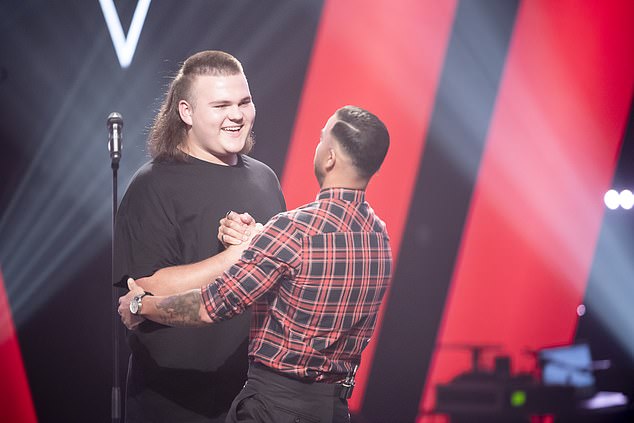 Aiming for the top: Adam is currently hoping to be crowned the winner of this year’s season of The Voice

The following images were before and after bathroom selfies of Adam wearing just his underwear to highlight his weight loss.

Adam is currently hoping to be crowned the winner of this year’s season of The Voice.

The singer made it through The Playoffs on Sunday night and will advance through to the next round.

The Voice Australia continues Monday at 7.30pm on Channel Nine. 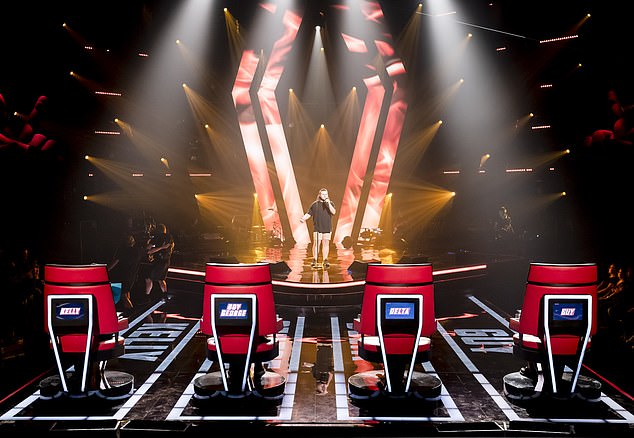 Winning voice? Adam made it through The Playoffs on Sunday night and will advance through to the next round