He’s done it before! Footage emerges of The Voice’s Andy Dexterity signing Queen’s Bohemian Rhapsody on stage BEFORE the battle rounds – despite saying it was ‘outside his comfort zone’

And while fans on Twitter said the performance gave them ‘chills’, one found it hard to believe Boy George ‘randomly’ chose the song, alluding to the show being rigged.

Footage surfaced of Andy, 35, having already performed the exact same song on stage at a Sydney event back in June, 2017.

By George, he’s done it before! Footage emerged of The Voice’s Andy Dexterity signing Queen’s Bohemian Rhapsody on stage (pictured) BEFORE the battle rounds on Sunday – despite saying it was ‘outside his comfort zone’

‘So Boy George just randomly picked a song that Andy Dexterity happened to perform in a Ted Talk,’ the viewer posted online, alongside two confused emojis.

They also referenced a prior post by a Twitter user from back in June, 2017, who shared a video of Andy performing Bohemian Rhapsody with sign language at that year’s TEDxSydney event. 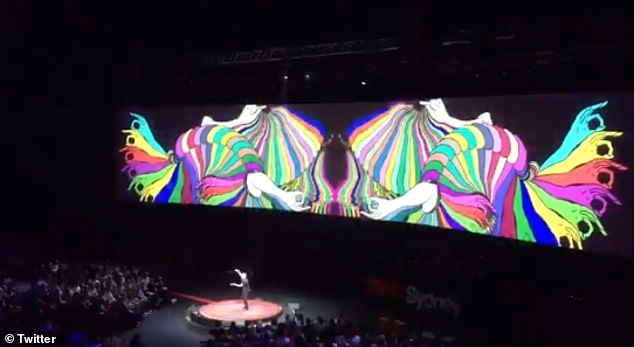 Prior performance: In June, 2017, Andy performed Bohemian Rhapsody with sign language at that year’s TEDxSydney event 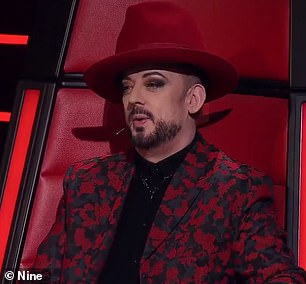 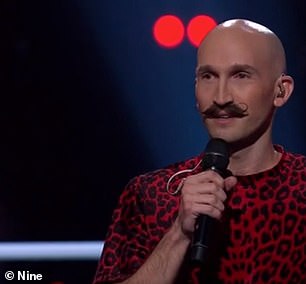 ‘Brought actual tears to my eyes’: Most viewers praised Andy and Caleb’s performance on Twitter

TEDx Talks also shared the performance to their official YouTube channel in September, 2017, with 49,466 views to date and 25.6million subscribers.

Many however praised Andy and Caleb’s performance on The Voice on Twitter.

‘Andy and Caleb bought ACTUAL tears to my eyes!!!’ one wrote.

Another added: ‘Wow I got chills watching Andy and Caleb battle, and Caleb doing sign language along with Andy was beautiful. I loved that battle.’

Song choice: Earlier on Sunday night’s episode, coach Boy George told Andy (right) and Caleb (left) that he was giving them ‘a big pair of rock royalty shoes’ to step into 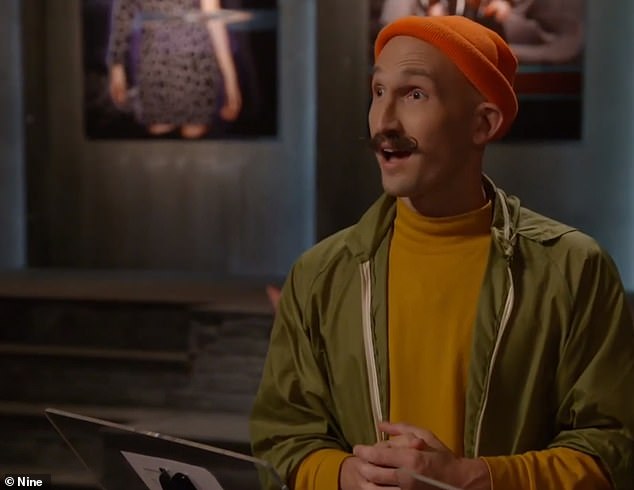 Expression: Andy appeared shocked when Bohemian Rhapsody was announced, later admitting to feeling ‘outside his comfort zone’ while performing alongside Caleb

Earlier on Sunday night’s episode, coach Boy George told Andy and Caleb that he was giving them ‘a big pair of rock royalty shoes’ to step into.

‘Bohemian Rhapsody by Queen,’ the 59-year-old continued with a laugh.

‘Such a difficult song to sing, I would never sing this song, ever,’ Boy George admitted. ‘I have heard it sung well by a couple of people, but really, you’ve got to be brave enough to kind of go, “You know, I’m going to give it everything I’ve got”.’

On the show, Andy did not reveal that he had already performed the song on stage.

Instead, he mentioned that he felt ‘outside his comfort zone’ belting out lyrics alongside the talented Caleb.

The Voice Australia continues Monday at 7.30pm on Channel Nine 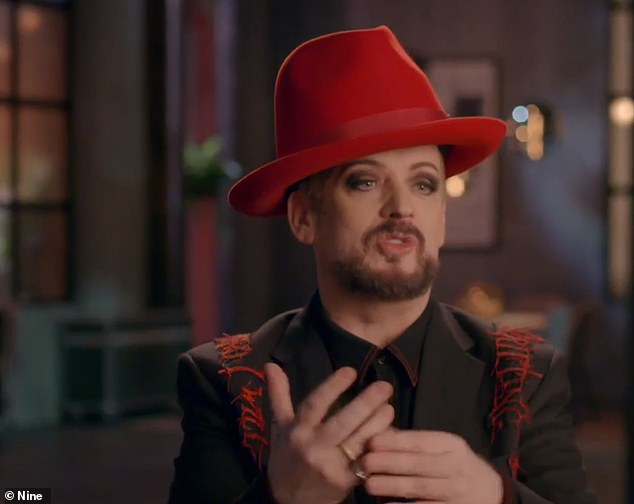 Challenging: Even Boy George admitted he wasn’t brave enough to sing the song, saying: ‘Such a difficult song to sing, I would never sing this song, ever’