The VR game that could detect dementia in MINUTES

A virtual reality game could help detect the early stages of dementia in minutes.

Researchers at University College London have developed a programme which can identify whether people’s navigational ability is deteriorating – an early warning they could be developing a form of the disease.

A smartphone app version of the Sea Hero Quest game has already been played by nearly three million people worldwide.

Both versions of the game involve sailing a ship around different routes in a bid to find objects. Players are tasked with following and then remembering routes they take across the sea, as well as finding and feeding monsters.

It is hoped the new virtual reality (VR) version – where players use a headset to immerse themselves in a virtual world – will open the game up to more people, including those with more advanced dementia who would have difficulty playing a mobile phone game.

More than 2.4million people around the world have downloaded the free Sea Hero Quest game which involves sailing a boat around mazes and misty seas in a fictional world

It will also give researchers even more information about the processes people use to navigate, as it monitors actions like stopping and looking around.

How is the data used?

Data from the mobile phone app, which is collected anonymously, led to the discovery that navigational ability begins to decline from the age of 19 and continues deteriorating into middle age.

Around two minutes of gameplay is equivalent to five hours of lab-based research and researchers have gathered around 12,000 years’ worth of information to date.

The new VR version is available to download for free but will also be used by researchers in the lab to carry out detailed analysis of how people navigate.

Lead researcher Dr Hugo Spiers, of UCL, said: ‘Whilst the Sea Hero Quest mobile game gave us an unprecedented data set in terms of its scale, allowing us gauge spatial navigation abilities at a population level, the VR game allows us to build on this by measuring subtle human behavioural reactions with much greater precision. 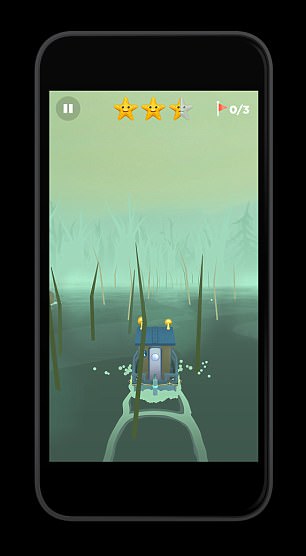 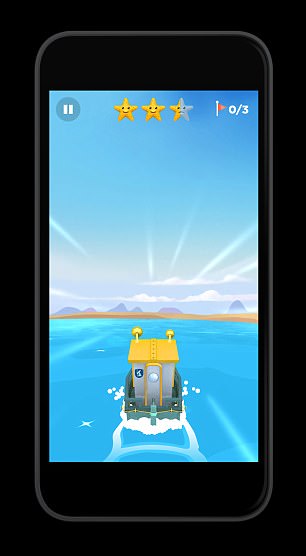 The game focuses on a sailor attempting to navigate the seas to rediscover his father’s ‘lost memories’. Players navigate a boat through five different themed areas over 75 levels

‘The intuitive nature of VR means that the study can be opened up to those who might not be able to grasp the function of the mobile game – some people with advanced dementia for example.’

Michael Hornberger, of the University of East Anglia, added: ‘In a clinical environment, VR allows an even more immersive and intuitive diagnostic assessment of navigation ability in people who may potentially develop dementia.

‘Sea Hero Quest VR allows us to measure more intuitively when people are not sure of their bearings, for example by stopping and looking around. VR therefore has the potential to capture additional complementary data to Sea Hero Quest mobile.’

Who’s involved in this game?

WHAT IS THE GAME?

The game focuses on a sailor attempting to navigate the seas to rediscover his father’s ‘lost memories’.

Players navigate a boat through waters in five different themed areas over 75 levels.

Sea Hero Quest is a joint project by UCL, University of East Anglia, Alzheimer’s Research UK and Deutsche Telekom, with the game designed by Glitchers.

Tim Parry, director at Alzheimer’s Research UK, said: ‘The reaction to Sea Hero Quest illustrates the public appetite to get involved in research and be part of ongoing efforts to tackle the condition.’

Hans-Christian Schwingen, of Deutsche Telekom, said: ‘Building on the success of the mobile game Sea Hero Quest which collected the data of almost three million players, we are very proud to continue to push the boundaries of traditional medical research, working alongside our trusted partners and leveraging our expertise in this area.’

What is virtual reality?

VR is the latest craze in gaming, although it can also be used for training and simulation exercises.

Last year, 10.8million people globally used the technology and it is thought there will be more than 16million users in the UK by 2021.

Although scientists have used VR in the lab, this is believed to be the first time an experiment has been turned into a game for mass market consumers.

The game was designed for Samsung’s Gear VR headset and has also launched on the Facebook-owned Oculus Rift headset. 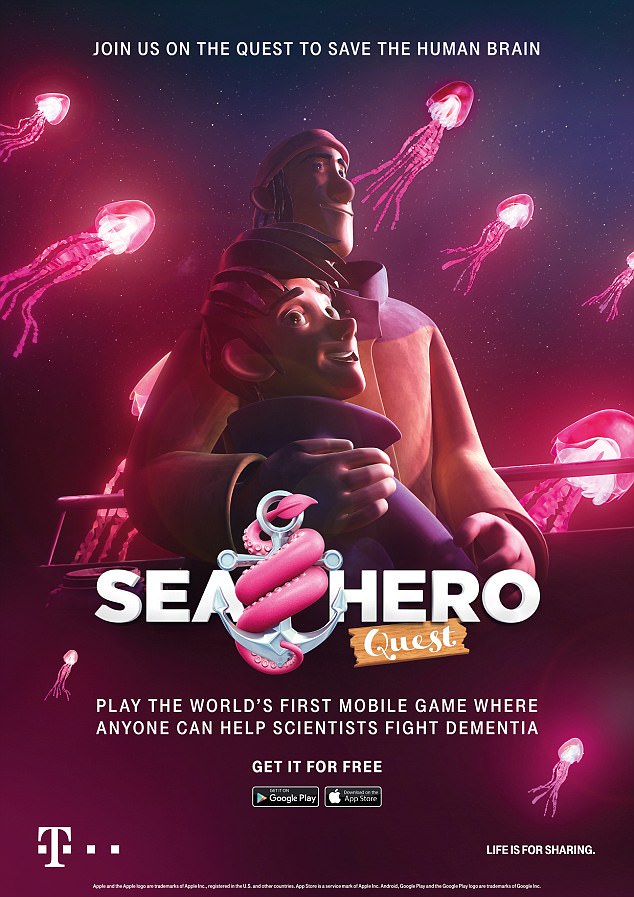 The research team, led by University College London, can now see for the first time how the healthy human brain makes decisions about navigation at every turn