The mother of a stuntman who died in July after falling from a balcony while filming a scene for the AMC show The Walking Dead has filed a wrongful death lawsuit against the network and other parties claiming low budgets led to inadequate safety precautions.

Susan Bernecker filed the suit on Tuesday claiming AMC Networks ‘orchestrated and enforced a pattern of filming and producing The Walking Dead cheaply and, ultimately, unsafely.’

She also accused the network of pressuring Stalwart Films, the production company, into keeping the budgets and expenses ‘unreasonably’ low, which caused Stalwart to cut corners on safety.

John Bernecker died on July 12 after plummeting from a 25-foot balcony while filming the post-apocalyptic show in Senonia, Georgia. The 33-year-old stuntman was shooting a fight scene with actor Austin Amelio, who plays Dwight, when he lost his footing and fell. 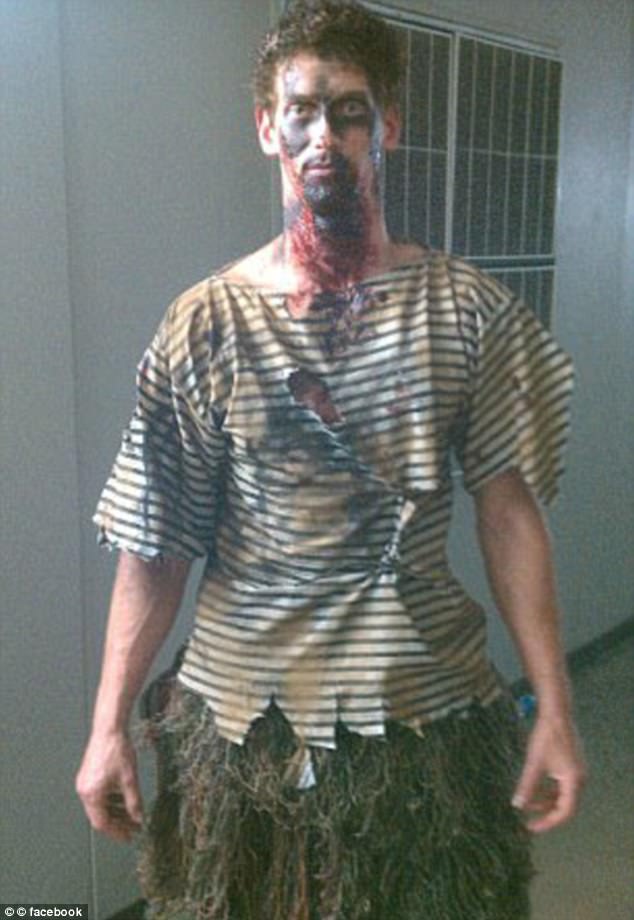 The scene was supposed to end with a fall from the balcony, but went horribly wrong.

Assistant director Matthew Goodwin told TMZ  in July that Bernecker was unable to get good separation from the balcony when he started falling and tried to ‘abort the fall by grabbing onto the railing with both hands’.

He then slammed into the bottom of the balcony before falling, landing on his head and neck. He missed the safety cushion on the ground ‘by inches,’ the outlet reported.

The lawsuit also names other companies associated with AMC and Stalwart Films, as well as Goodwin, Amelio and a stunt coordinator for the episode.

Following the incident, Amelio told officers that Bernecker ‘seemed a little nervous’ before performing the stunt and had told him that he had performed a similar fall before but never that high up.

‘We take the safety of our employees on all of our sets extremely seriously, and meet or exceed industry safety standards,’ AMC said in a statement on Wednesday, adding its ‘thoughts and prayers’ are with Bernecker, his family and everyone touched by the tragedy.

The U.S. Department of Labor’s Occupational Safety and Health Administration earlier this month cited Stalwart Films in Bernecker’s fatal fall. The agency proposed a fine of $12,675, the maximum allowable fine for a single serious violation, for ‘failure to provide adequate protection from fall hazards.’

OSHA said the company could have used several methods to reduce the risk from stunts on high platforms.

In a statement after the citation was issued, Stalwart Films said it disagreed with the citation and called Bernecker’s fall ‘a tragic and terrible accident,’ saying it meets or exceeds industry safety standards on its sets. 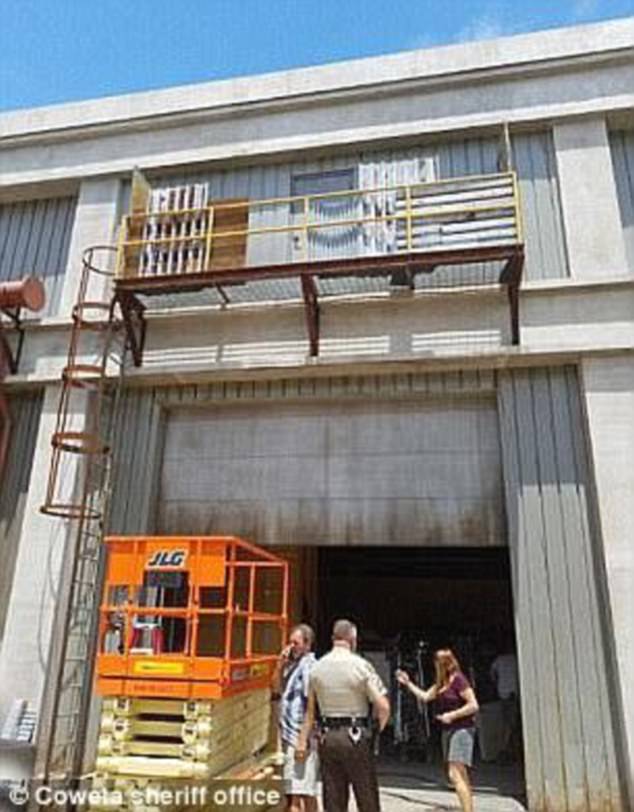 The 25-foot balcony where Bernecker was killed is seen. The stunt man died after losing his footing and falling while rehearsing a fight, and landing on concrete 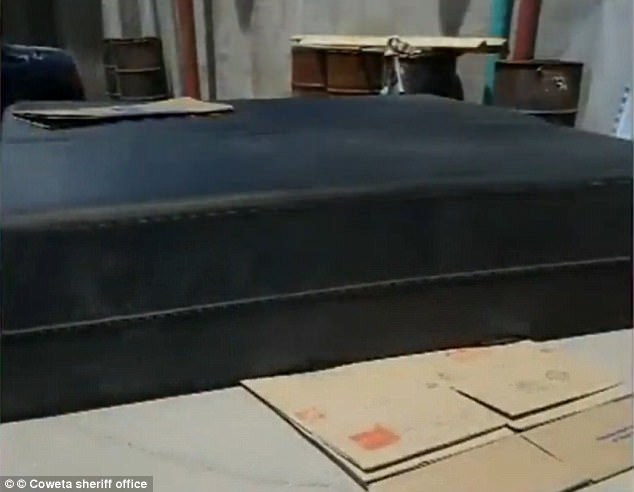 Susan Bernecker said in a press release that she hopes her son’s death will lead to improved safety standards for stunt performers in the film and television industry.

‘My goal is to do everything I can to protect other stunt performers and to ensure their safety on the set in the future,’ she said. ‘The industry is not doing enough to maintain basic safety guidelines for these performers. Worst of all, they’re scared to speak up.

Susan Bernecker is being represented by attorney Jeff Harris, who also  represented the parents of film worker Sarah Jones, who was killed in 2014 while shooting of a movie in Georgia about singer Gregg Allman.