The weight of the Milky Way has finally been discovered

The great Milky WEIGH: Scientists have finally discovered our galaxy is as heavy as 1.5 TRILLION suns using data from Gaia and Hubble

Our galaxy has been put on a set of mathematical scales by scientists who have discovered the weight of the Milky Way.

It is believed to weigh the same as 1.5 trillion suns and measures 256,000 light years across.

The project involved international collaboration between scientists working for NASA and ESA on the Hubble and Gaia telescopes.

HOW MUCH DOES THE MILKY WAY WEIGH?

One solar mass is equivalent to  2 times 10 to the 30th of a single kilogram.

The entire galaxy is 1.5 trillion times greater (1.5 multiplied by ten to the power of 12) than this.

Researchers came up with the figure by combining data from 46 globular clusters, masses of hundreds of thousands of stars that swarm around the Milky Way’s centre.

Thirty-four of these came from Gaia and another dozen from Hubble.

‘We were lucky to have such a great combination of data,’ explained Roeland van der Marel of the Space Telescope Science Institute in the US.

‘By combining Gaia’s measurements of 34 globular clusters with measurements of 12 more distant clusters from Hubble, we could pin down the Milky Way’s mass in a way that would be impossible without these two space telescopes.’

The research puts Milky Way as an above average galaxy in terms of its size.

‘The more massive a galaxy, the faster its clusters move under the pull of its gravity’ explains Professor Wyn Evans from the University of Cambridge.

‘Most previous measurements have found the speed at which a cluster is approaching or receding from Earth, that is the velocity along our line of sight.

‘However, we were able to also measure the sideways motion of the clusters, from which the total velocity, and consequently the galactic mass, can be calculated.’

Measurements from the Hubble Space Telescope and the Gaia mission have been combined to improve the estimate of the mass of our home galaxy the Milky Way to 1.5 trillion solar masses 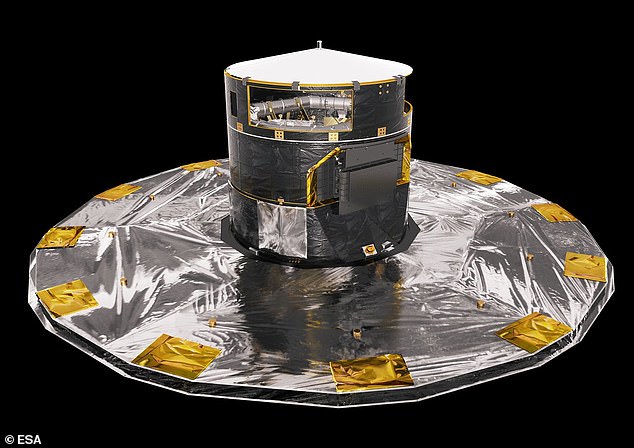 ESA’s Gaia satellite (pictured) and Hubble provided data on 46 globular clusters, masses of hundreds of thousands of stars that swarm around the Milky Way’s centre. Thirty-four of these came from Gaia and another dozen from Hubble 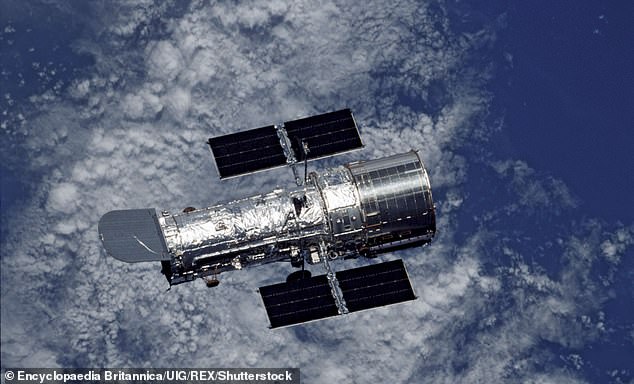 The Hubble telescope (pictured) provided data for the study. Previous estimates on the weight of the Milky Way varied wildly based on discrepancies and disagreements surrounding dark matter

A supermassive black hole at the centre of the galaxy weighs the same as four million suns and previous estimates of the Milky way’s size varied enormously between 500billion to 3trillion suns.

Variation comes from disagreements and discrepancies in techniques used to measure and weigh dark matter, which make sup to 90 per cent of the galaxy.

‘We just can’t detect dark matter directly,’ explains Laura Watkins of the ESO, who led the team performing the analysis.

‘That’s what leads to the present uncertainty in the Milky Way’s mass — you can’t measure accurately what you can’t see!’ 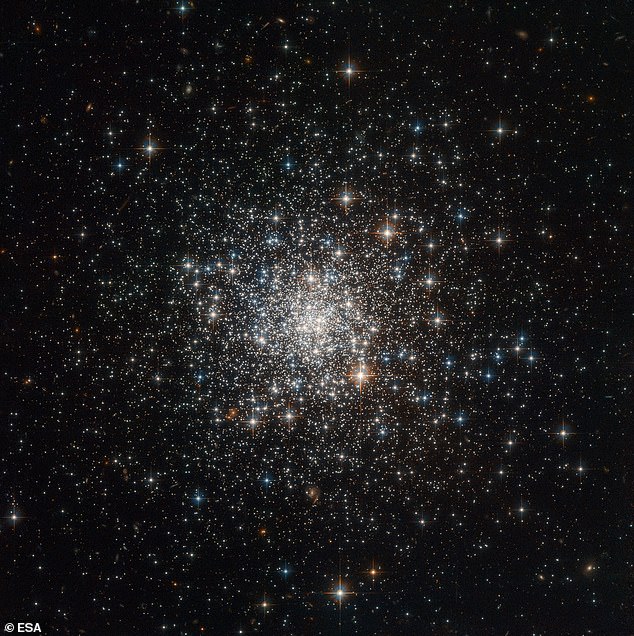 Our galaxy has been put on a set of mathematical scales by scientists who have discovered the weight and bredth of the Milky Way. It is believed to measure 256,000 light years across