The weirdest ice-cream recipes served around the world

We all scream for ice-cream, according to the old saying.

But, given the increasingly-bizarre recipes emerging from parlours across the globe, there’s good reason for some tourists to be terrified by their gelato.

A number of unlikely flavours have been causing a stir with their unconventional flavours, which include everything from meat to human produce.

But what are they? And where can they be found? Here’s our guide to the most eyebrow-raising options.

Snapped up by foodies! A restaurant in the Philippines’ Davao City offers ice-cream made with crocodile eggs, which they claim are a healthier choice than chicken eggs

A restaurant in the Philippines’ Davao City has come up with this unusual dessert after the owners were offered eggs from the crocodile park next door, where the animals are raised for their meat and skin.

But animal lovers need not worry, as the ice-cream is not made with crocodile meat but just with eggs that did not hatch or are surplus, the owners of the Sweet Spot eatery say.

According to the venue, crocodile eggs are 80 per cent yolk and much more nutritious than chicken’s eggs, making it a healthier choice for their ice cream.

London-based company The Licktators caused a stir in 2015 when they launched their Baby Gaga ice-cream – made with breast milk, no less.

Donated by generous mothers, the milk was screened in line with hospital standards and blended with Madagascan Vanilla.

A 500ml tub of Royal Baby Gaga has an RSP of £19.99 and is available in pink and blue tubs. All profits are to be donated to a breastfeeding charity. 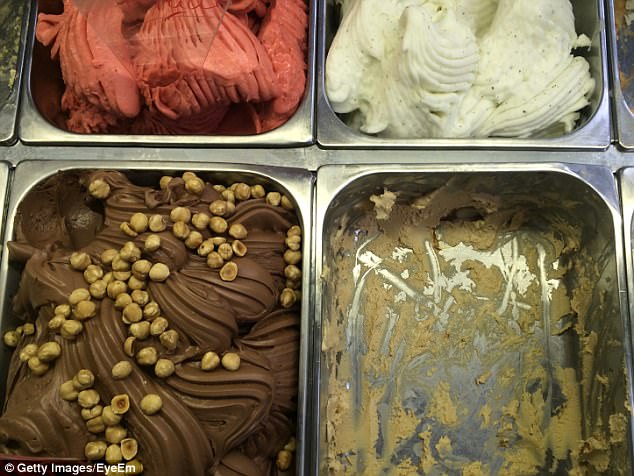 Given that Brooklyn is home to America’s hipsters, it’s perhaps unsurprising that Oddfellows is creating some seriously cutting-edge gelato.

Based in trendy Williamsburg, they rose to prominence after creating a rather unlikely foie gras product.

Boasting fattened duck liver with caramel and butter, it’s so rich that guests are only allowed one scoop.

If you like your ice-cream with a kick, this could be right up your street.

New York’s Max and Mina specialise in less-than-traditional recipes, which include eye-watering pepper-infusions for a truly powerful taste.

Customers are warned about the strength of the flavour, which has left some patrons panting. But management’s theory is that they can cool off with one of their other options, be it horseradish, garlic or pizza. 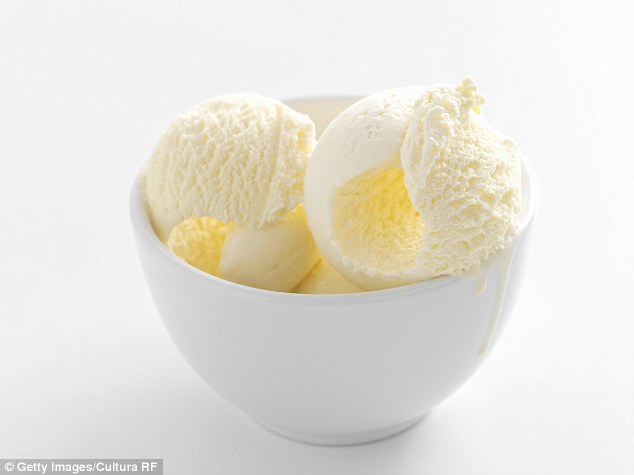 Would you try it? A number of venues have been causing a stir with their unconventional flavours, which include everything from meat to human produce

Although horse meat is rarely eaten in the West, it’s a common food type in Asia – especially in Tokyo’s myriad markets, where it’s a best-seller.

There, Basashi ice flies of shelves thanks to its special ingredient: chunks of raw equine meat, which has made it a best-seller.

As if that wasn’t enough, the same company also produces a shark fin variant.

A butter-flavored ice cream, they cook lobster meat from a local lobster pound, chop it up, butter it, and fold it into the ice cream.

During peak season, hundreds of people daily sample this ice cream and it is one of their most popular items for shipping, they claim.

Ever wanted a beer and an ice-cream at the same time? Now you can combine your cravings – thanks to London company Frozen Pints.

They sell a range of booze-infused gelatos, which include White Russian, bourbon and Pale Brown Ale recipes.

‘Like most great ideas, Frozen Pint started as an accident,’ they explain on their website. ‘Someone spilled a beer near the ice cream maker, and in a moment of inspiration, we found our calling.’

Usually considered an indulgent entree option, oyster-flavoured ice-cream has been eaten since 1842.

According to Spanish-born chef José André, oyster ice cream is made by ‘gently heating oysters with cream before freezing the product’.

Many have likened it to clam chowder, due to its consistency and pungent odour.

International ice-cream parlour Morelli’s has branches everywhere from Monaco to Kuwait – each with tailored taste options.

Visitors to their London branch can sample a selection of UK delicacies, which range from Yorkshire puddings to fish-n-chips.

Anyone wanting to experience Scottish fare can order their haggis special, which – as the name suggests – comes complete with generous chunks of sheep’s heart, liver, lungs and stomach.

No, we’re not joking.

At Kobe’s Torimi Cafe in Japan you can sample everything from cockatiel-infused gelato to sparrow-enriched ice-cream.

In a recent Twitter post it revealed that its latest creation, Parakeet Sprinkling, has completely sold-out. And not for the first time, apparently.