The Wiggles have been widely praised on social media for sharing a positive message for transgender youth.

On Friday, band member Lachlan Gillespie (a.k.a. The Purple Wiggle) posed for a photo on Instagram while holding a sign that read: ‘Boys can be Emma’.

Emma Watkins is The Wiggles’ only female member. Therefore, Lachlan’s sign means  it’s okay for boys to dress as girls if they want to.

Supportive: The Wiggles have shared a positive message for transgender youth, with band member Lachlan Gillespie posing with a sign saying ‘boys can be Emma’

The photo was shared to Instagram by Emma herself, alongside the supportive caption: ‘YES’.

It didn’t take long for Wiggles fans to praise Emma and Lachlan as ‘fantastic role models for boys and girls alike’.

One person wrote: ‘What we wear doesn’t define who we are. Go Wiggles!’ 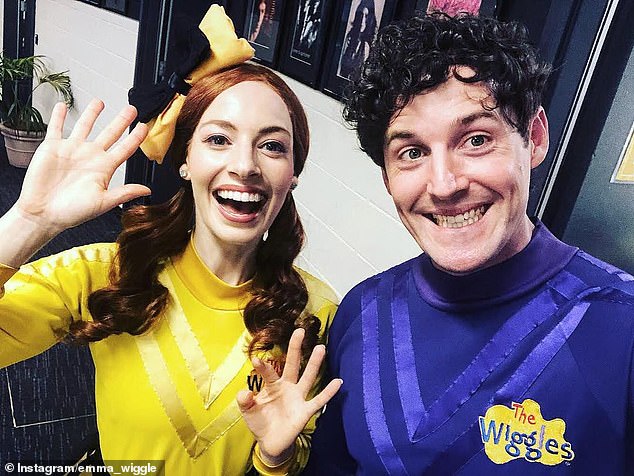 Friendly exes: Emma and Lachlan married in 2016 but announced their separation last year

Emma and Lachlan, who married in 2016, announced in September last year that they had decided to amicably separate.

Just days after their break-up, Emma told New Idea she felt ‘lucky’ the pair could support each other through their separation.

She said: ‘A lot of people have said to us that they just can’t see how it can be so amicable, but truly, Lachy and I, we just get each other.’ 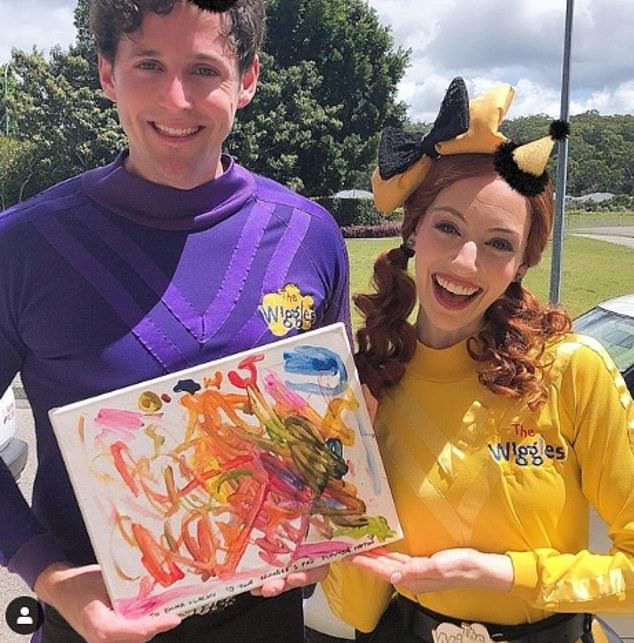 Amicable: Just days after their break-up, Emma told New Idea she felt ‘lucky’ the pair could support each other through their separation

In November, fellow band member Simon Pryce told Yahoo! Lifestyle: ‘Emma and Lachy have been incredible, the way they’ve been working through it.

‘It must be difficult for them at times personally but you would never know, they’re incredibly professional.’

Emma and Lachlan began dating shortly after joining The Wiggles in 2013. They married in Bowral in 2016, a year after announcing their engagement.

Despite their split, they continue to perform together in The Wiggles. 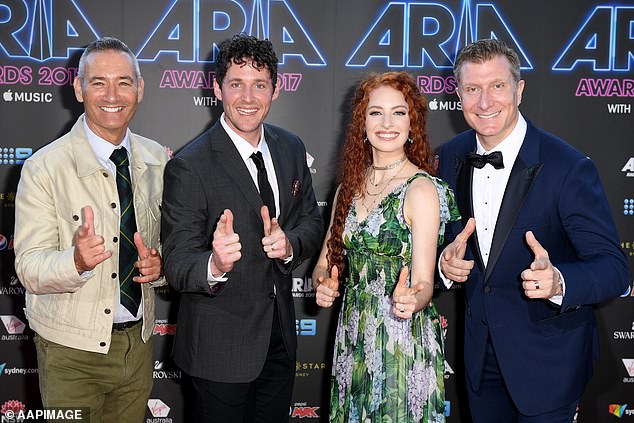