The Wonder Years star Fred Savage has been accused of assault and harassment by a female worker on the set of the Fox sitcom The Grinder.

Youngjoo Hwang, from of the show’s wardrobe department is filing a lawsuit against Savage and Fox for battery, assault, harassment and discrimination.

The suit also notes claims Savage abused female crew members by shouting at them to stop following him around and said he once shouted, ‘Don’t f***ing look at me!’

Fred Savage, who has been accused of harassment by a member of the wardrobe department on the set of The Grinder, is pictured standing up in an episode of the show screened in January 2016

It comes just months after it emerged ABC’s The Wonder Years was taken off air in 1993 after Savage was accused of sexually harassing a female costume designer, according to a co-star.

Alley Mills, who played alongside Savage as his character Kevin Arnold’s mother, called the lawsuit against him ‘completely ridiculous,’ in an interview with Page Six.

The most recent allegations relate to 2015 when Hwang claims Savage subjected her to verbal attacks in front of colleagues and once ‘violently struck’ her three times.

Hwang also claims Savage once told her: ‘It’s so f**king annoying that I have to be nice to you when I f**king hate you!’

A source close to Savage told TMZ the claims of assault and harassment were found to be ‘absolutely 100% false’ after a thorough investigation.

Hwang accuses Fox of protecting Savage rather than acting to stop his alleged bad behaviour.

‘We conducted a thorough investigation into these allegations and found no evidence of any wrongdoing on the part of Mr. Savage.

‘We will vigorously defend against these unfounded claims.’

Fred Savage said: ‘I have witnessed tremendous courage over these past few months, watching brave women who have come forward publicly fighting through the shame and stigma of harassment.

‘I’ve seen first-hand the growing support in this movement that has always felt so lacking. As someone who has always tried to live honorably and with integrity, it never dawned on me that my name could be on the other side.

‘I was made aware that a woman working in the costume department of a show I was on almost three years ago has claimed that I treated her harshly on set simply because she was a woman.

‘These accusations are completely without merit and absolutely untrue. Fox conducted an extensive internal investigation into her claims, a process in which I fully participated.

‘After concluding a thorough investigation, Fox determined that there was absolutely no evidence to support these. None of her claims could be substantiated because they did not happen. 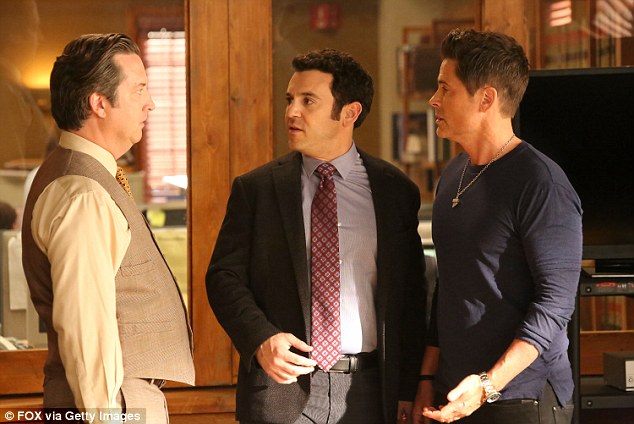 Guest star Steve Little, Fred Savage and Rob Lowe in the ‘Full Circle’ season finale episode of The Grinder, which aired on May 10, 2016 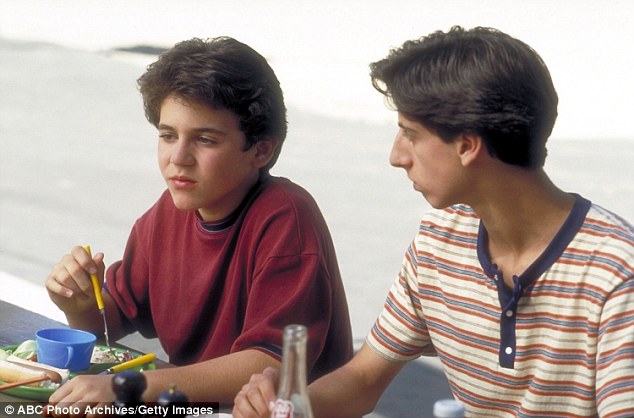 Savage is seen on the left playing Kevin in The Wonder Years in an episode aired on February 10, 1991, alongside Josh Saviano as Paul

‘I have been working in the entertainment industry my whole life and have always endeavored to treat everyone on any set I work on respectfully and professionally.

‘While none of the accusations being leveled at me are true, I wholeheartedly support all people who feel they are being mistreated come forward and speak to human resources and those in charge.

‘We have witnessed so much bravery from those speaking out recently, but I will just as boldly protect myself and my family from those seeking to tarnish my good name.

‘I cannot let these people in particular denigrate me while harming the message of thousands of women and others who have suffered and continue to suffer.’

The Grinder was a legal comedy that followed television actor Dean Sanderson, Jr. (Rob Lowe) as he returned to his home town of Boise, Idaho.

Believing he can practice as a lawyer, despite his lack of experience, he joins the family law firm, must to the anger of his brother, Stewart (Savage). 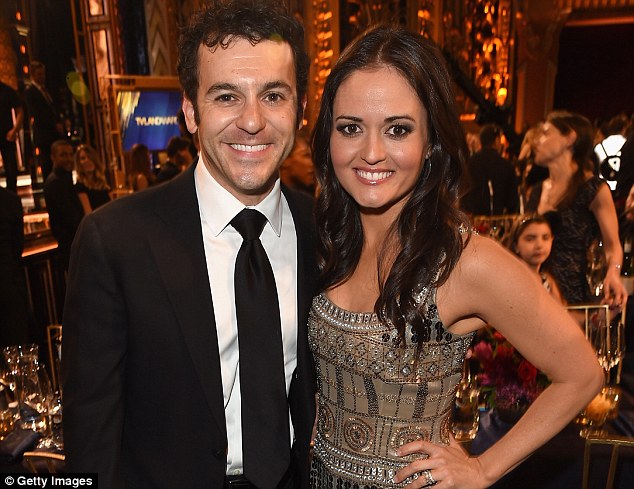