The £1MILLION whisky? Bottle of Macallan 1926 Fine and Rare 60 Year Old is tipped to break world record at auction

A rare bottle of whisky is expected to break world records when it is auctioned later this week.

According to the Scottish Courier newspaper, Perth-based Whisky Auctioneer company hope the sought-after bottle could fetch as much as £1.2 million.

The Macallan 1926 Fine and Rare 60-Year-Old is one of nearly 2,000 bottles being sold online by the Whisky Auctioneer. The first 2,000 bottles were sold last December.

The 4,000 bottle collection was built by a private collector from Colorado, the late Richard Gooding, and is said to be the biggest of its kind to go to auction. 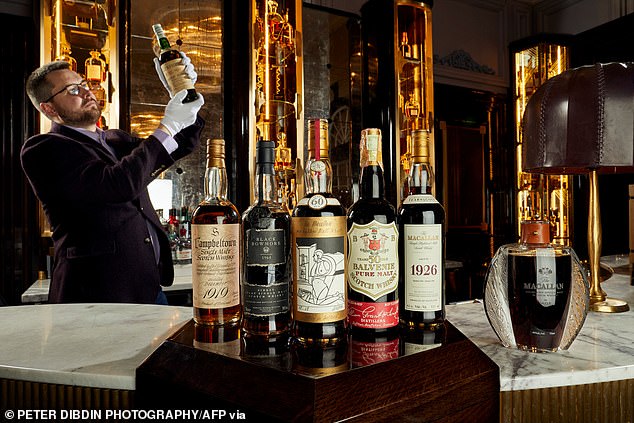 Whisky Auctioneer Founder, Iain McClune posing with a selection of whisky bottles which form part of a sale of the world’s rarest whiskies taking place this month online

Mr Gooding was the former owner and president of the Pepsi Bowling Co of Denver, one of the largest soft drink distributors in the US.

After Mr Gooding died in 2014, his family arranged with the Whisky Auctioneer to sell off the collection over two separate auctions.

The Perth-based Whisky Auctioneer hopes there will be even more interest in the second part of the sale with potential buyers from around the globe stuck indoors. 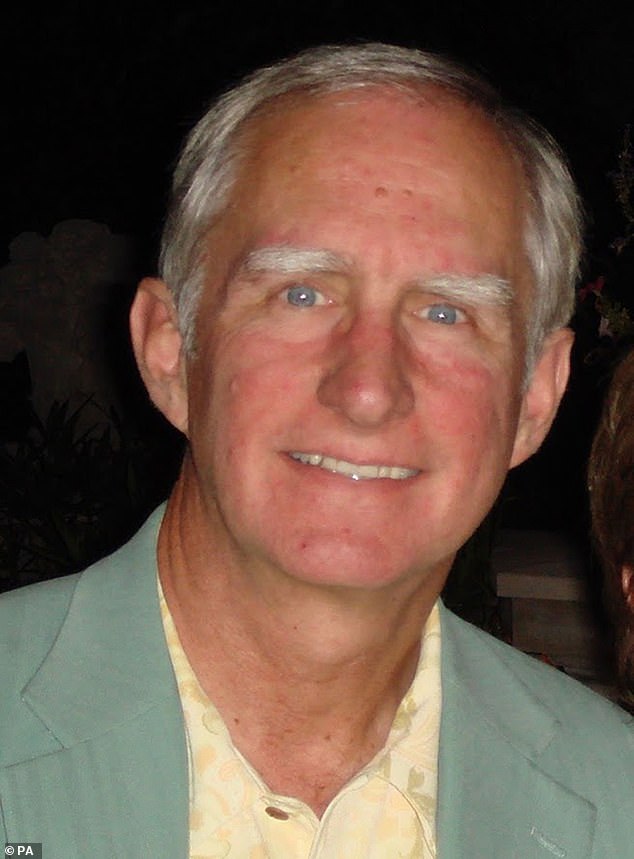 Late American business magnate Richard Gooding, whose 4,000 bottle collection of whisky is set to go under the hammer and is expected to fetch up to £8m

Once the second part of the collection is sold, it is expected to reach a collective hammer price of £7m to £8m.

The rare Macallan is one of 40 bottles produced from the famous cask number 263 in 1986, and only 14 were labelled as part of the Moray distillery’s exclusive ‘Fine and Rare’ collection.

Dubbed ‘the world’s most sought-after whisky’, the 750ml bottle is valued at £1-1.2 million – the world-record auction price for a bottle of Scotch, which was set last year by a similar bottle from the same collection.

Whisky Auctioneer founder Iain McClune said: ‘The Perfect Collection auction is a once in a lifetime opportunity for collectors, investors and whisky lovers to acquire a piece of whisky history. 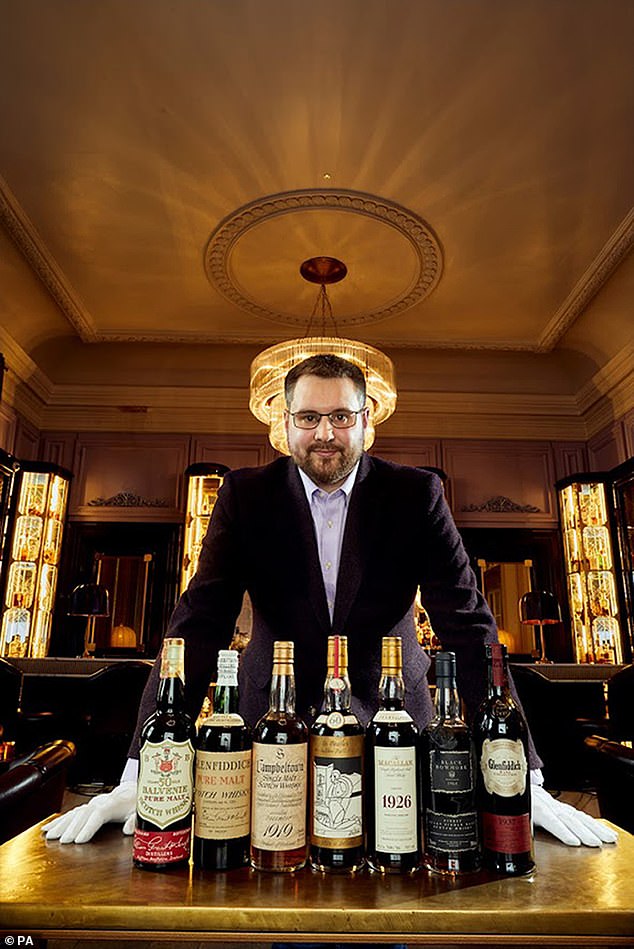 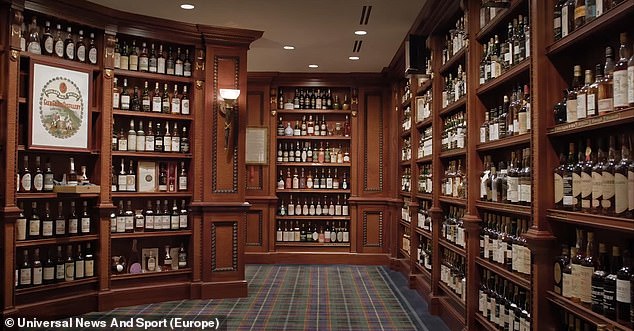 Pictured: The collection. Auctioneers have unveiled what is believed to be the largest private collection of whisky ever to go on public sale

‘They will find many bottles that have never, or rarely, been seen on the secondary market.’

He said: ‘With the current situation requiring so many of us to stay at home, the beauty of Whisky Auctioneer, unlike traditional auction houses, is that we bring the opportunity of this magnificent collection of whisky to you wherever you may be.

‘It is so easy to get involved anywhere in the world by bidding from the comfort of your own home on your laptop or phone, with something for all ranges of budgets – from a hundred to over a million pounds – a truly accessible auction for all those who have an interest in whisky.’