The world’s oldest living dog dies five months shy of her 23rd birthday: Fox terrier named Pebbles had 32 puppies, and switched to cat food as she grew older because it’s higher in protein

‘She was a once in a lifetime companion, and it was our honor to have had the blessing to have had her as a pet, and family member,’ her owner Julie Gregory said.

‘There was never anyone who met Pebbles that didn’t love her.’

She broke the Guinness World Record for oldest dog in May, weeks after seeing that a 21 year-old Scottish Chihuahua called TobyKeith had been awarded the accolade.

The world’s oldest living dog, a fox terrier called Pebbles, has died at the age of 23, her owners have revealed 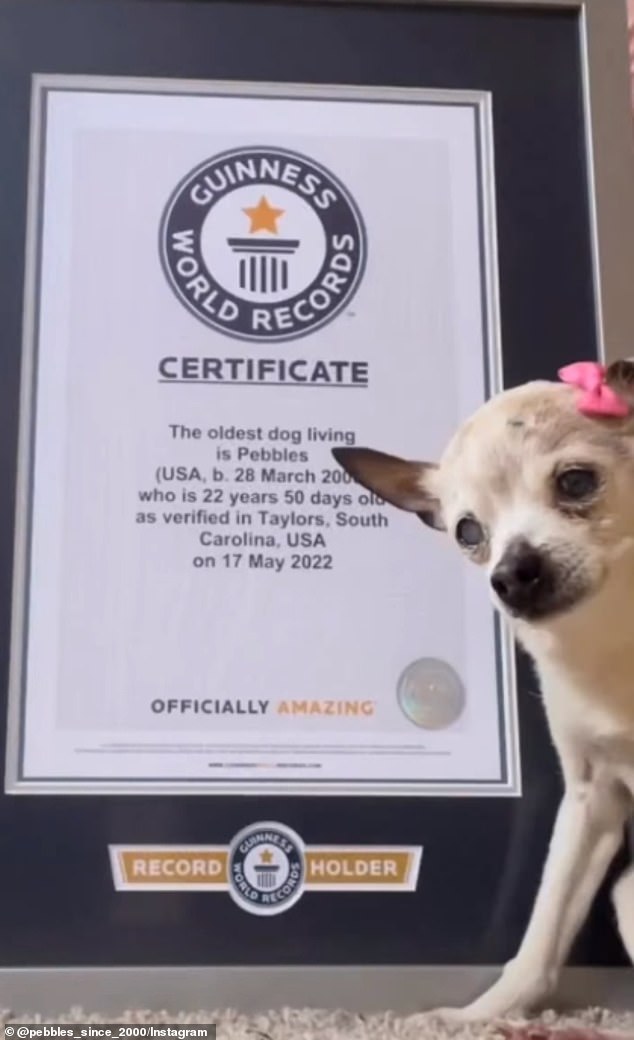 Pebbles was awarded her Guinness World Record in May after her owners saw a story about a Scottish Chihuahua called TobyKeith being crowned the world’s oldest living dog at 21. They realized Pebbles was older, and applied for the record, which was certified weeks later

The Gregorys realized Pebbles older, submitted her for the record, and overtook TobyKeith just weeks later.

‘Bobby was sitting on the couch and friends and family started texting and calling about a story they saw about a 21-year-old dog getting the record,’ Julie told Guinness.

‘When I saw TobyKeith’s story all over the news, I applied.’ Pebbles’ death means TobyKeith has now regained his crown as the world’s oldest known living dog.

Pebbles was born in Long Island, New York, before moving to south in 2007. 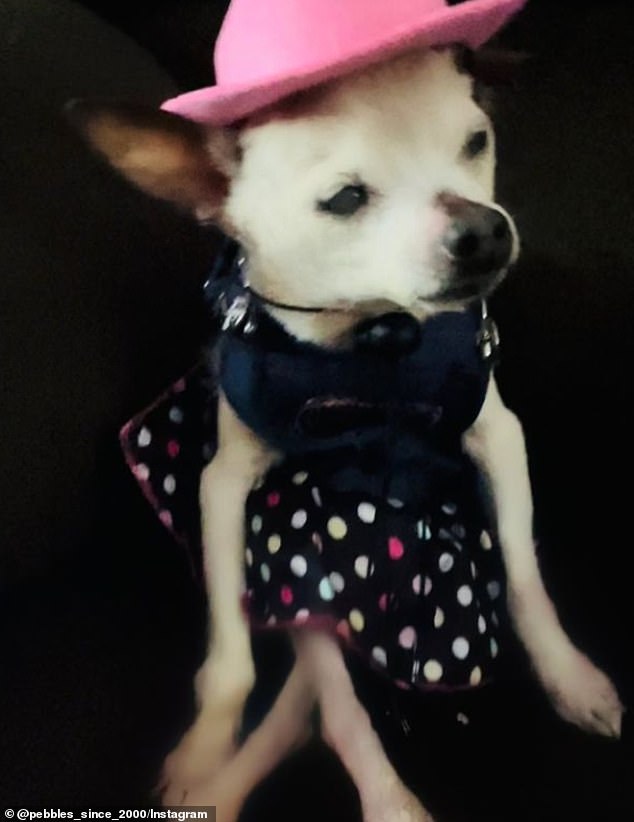 Pebbles gave birth to 32 puppies over the course of her lifetime. Her partner Rocky died in 2017 aged 16 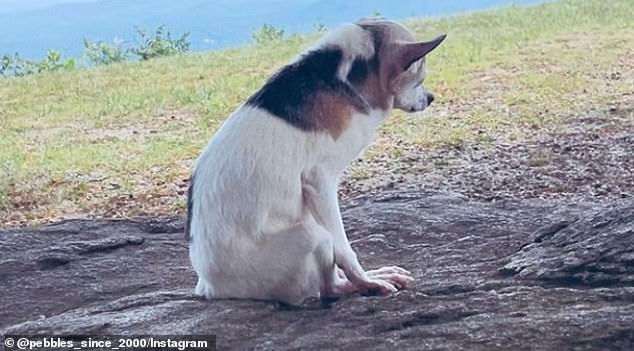 Towards the end of her life, Pebbles switched from dog food to cat food, because it is higher in meat proteins. The oldest-known dog ever was an Australian cattle dog named Bluey, who died in 1939 aged 29

When her family adopted her, the Gregory’s originally were planning on buying a much bigger dog, but they feel in love with the four pound animal.

Throughout her lifetime, Pebbles would give birth the 32 puppies cross three litters with her late partner, Rocky, who died in 2017 at the age of 16.

In 2012, Pebbles’ veterinarian switch her to cat food because it was higher in protein and she occasionally got to enjoy a rare treat of ribs.

She also enjoyed listening to country music and warm baths, according to her family.

‘She loves listening to country music while she is sleeping. Her two favorite country singers are Conway Twitty and Dwight Yoakam,’ Julie told Guinness earlier this year.

The oldest dog to have ever held the title was Bluey, an Australian cattle dog, who lived to be 29.