The world’s oldest person? China claims its most senior citizen has celebrated her 134th birthday

Is this the world’s oldest person? China claims its most senior citizen has celebrated her 134th birthday

A Uighur woman who was allegedly born in 1886 has reportedly celebrated her 134th birthday.

Chinese government news outlets claim that Almihan Seyiti is the most senior citizen in the country, though the authenticity of her birth records remains to be verified.

If the officials’ claims are true, Ms Seyiti could be the oldest person in recorded history in the world. 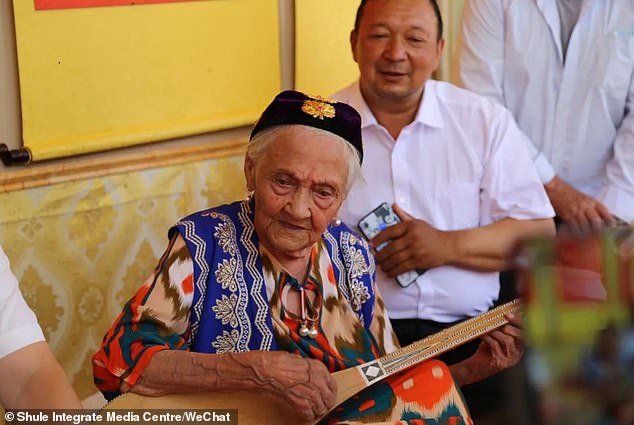 Another handout picture from Kashgar Daily shows local officials speaking to Ms Seyiti at her birthday party, which doubled as the local tourism promotion conference on Thursday in Shule 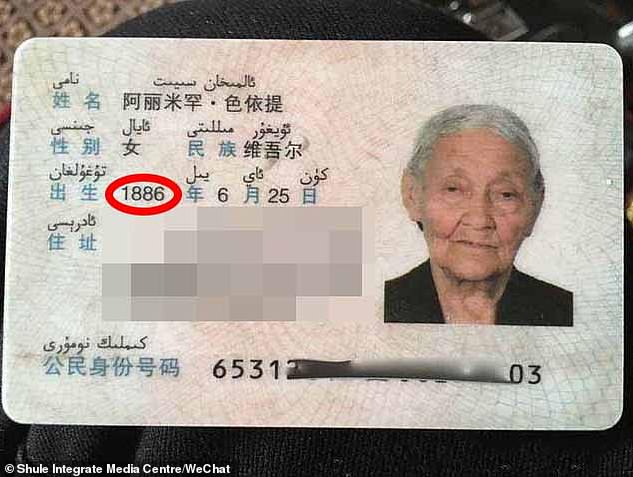 A picture circulating on Chinese social media platforms purports to show Ms Seyiti’s date of birth on her ID card. MailOnline cannot independently verify the authenticity of the picture

The elderly woman is said to have lived in three centuries and experienced two world wars.

In 1903, Ms Seyiti got married aged 17. She is said to have adopted a boy and a girl with her husband, reported China News.

She has been living with her daughter after her husband passed away in 1976 and her son died at the age of 36.

Pictures released by authorities through its social media account show the birthday star wearing a paper tiara at her grand party.

She is also seen playing a traditional instrument and talking to officials in her home village near the city of Kashgar.

In 2013, Ms Seyiti toppled China’s list of the oldest living citizens at the age of 127.

The super-centenarian enjoys singing and playing musical instruments. She is said to be in good health with perfectly fine eyesight and hearing but could no longer walk.

If the accounts are true, it means she could be 17 years older than Japan’s Kane Tanaka, who is the oldest living person in the world according to the Guinness World Records. Ms Tanaka turned 117 in January. 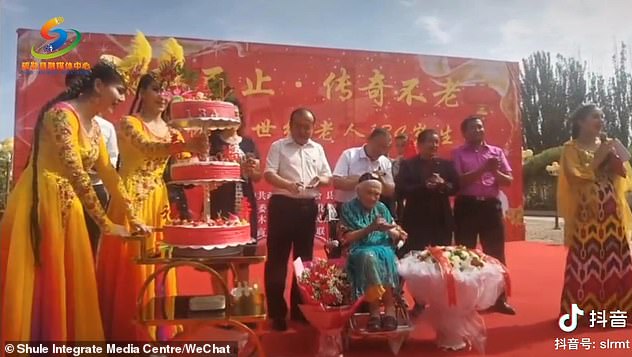 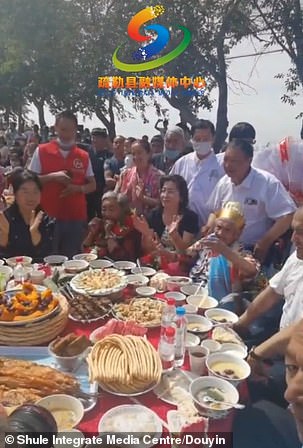 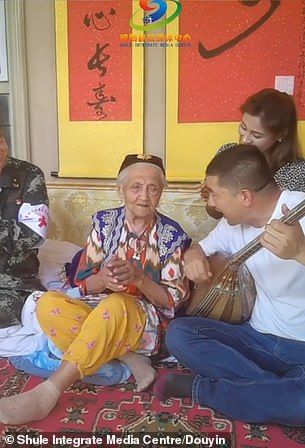 Footage shows Ms Seyiti enjoying her birthday banquet (left) and singing with guests at her birthday party. But her reported incredible longevity has been doubted in the West since 2014 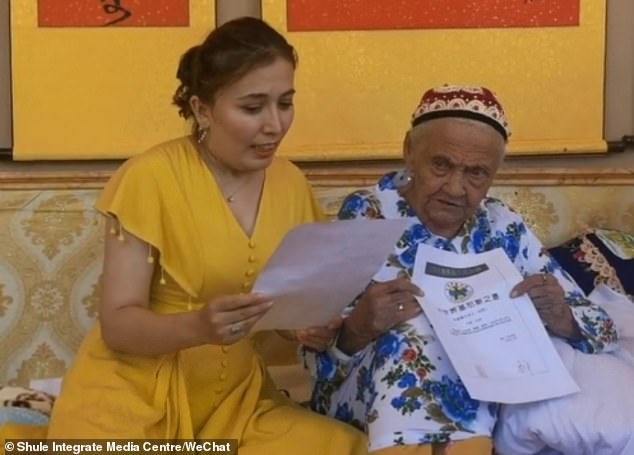 A separate clip shows a presenter confirming Ms Seyiti as the world’s oldest woman at 134 years. The title is said to have been certified by Shanghai China Records Headquarters

Western media outlets, however, have been questioning the validity of Ms Seyiti’s age, despite her official Chinese identity card listing her date of birth as June 25, 1886.

‘Birth records in the outlying regions of the 19th Century Chinese empire were sparse and unreliable, especially for the ethnic minorities, and China has reported Uighurs living into their 120s before without any solid evidence,’ BBC wrote in an article in 2014.

A separate footage released by Shule Integrate Media Centre shows a presenter confirming Ms Seyiti to be the oldest living woman in the world. The title is said to have been certified by Shanghai China Records Headquarters.

But the Chinese branch of Guinness World Records said that they had not received an application from Ms Seyiti to claim for the title of world’s oldest person, according to 163.com.

Guinness World Records still has French woman Jeanne Louise Calment as the world’s oldest person. Ms Calment died in 1997 at the age of 122.