The world’s smallest prison? The tiny jail on the Channel Island of Sark with just TWO CELLS

Is this the world’s smallest prison? The tiny Channel Island jail that has just TWO CELLS (and a narrow corridor)

Sark is a tiny island measuring just 2.1 square miles, with a tiny population, 500 or so, and, as these pictures show – it has a tiny prison to match.

In fact, the prison on this island – part of the Channel Islands archipelago – is thought to be the smallest anywhere in the world that’s still in use.

The decidedly compact building comprises just two windowless cells, measuring six-feet-by-six and six-feet-by-eight, and a three-foot-wide corridor that runs the length of the building in front of them.

Creature comforts in the cells include wood-slatted beds and thin mattresses.

This most modest of jailhouses – officially a ‘holding cell’ – was built in 1856, with prisoners held in it for a maximum of two days under judicial powers granted to the island in the 16th century.

If the crime is more severe or the punishment needed lasts for longer, the offender is shipped off to the bigger clink on neighbouring Channel Island Guernsey.

One of the earliest Sark prisoners was a young servant girl, who was thrown in the jail because she had stolen a pocket-handkerchief from her mistress.

The story goes that the girl was so scared of the dark cells that she was allowed to sit in the doorway, where local women came to visit and knit with her until her three-day sentence was completed, according to Atlas Obscura.

The last serious crime on the island came in 1990 when a French nuclear physicist called André Gardes rowed from France to the island (a distance of 25 miles) armed with a semi-automatic weapon. He stated that he was Lord of Sark and that the island was now under his rule.

He was arrested the day after he came ashore after being punched in the face by one of the local policemen. 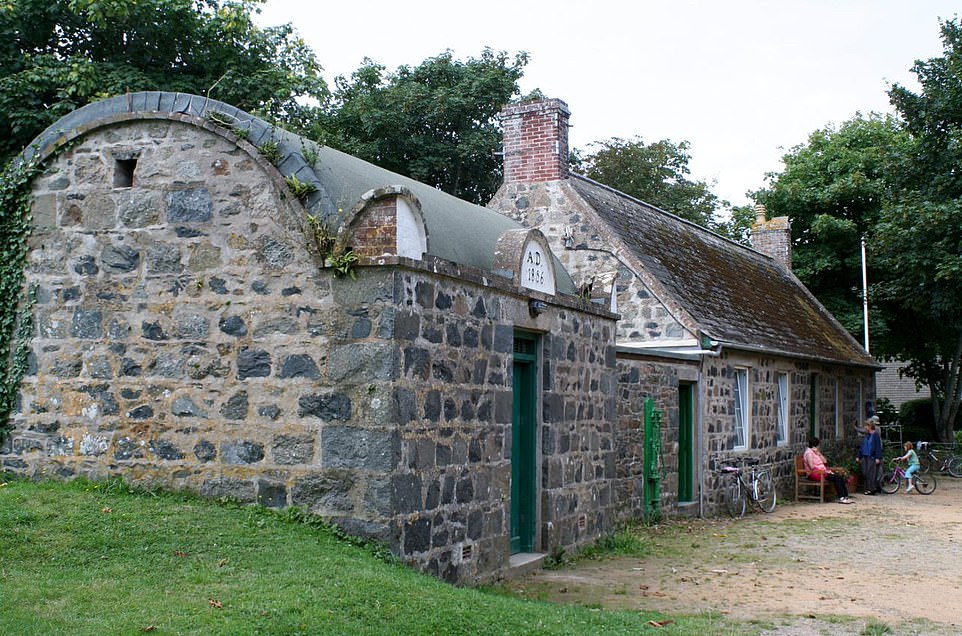 This most modest of jailhouses – officially a ‘holding cell’ – was built in 1856, with prisoners held in it for a maximum of two days under judicial powers granted to the island in the 16th century 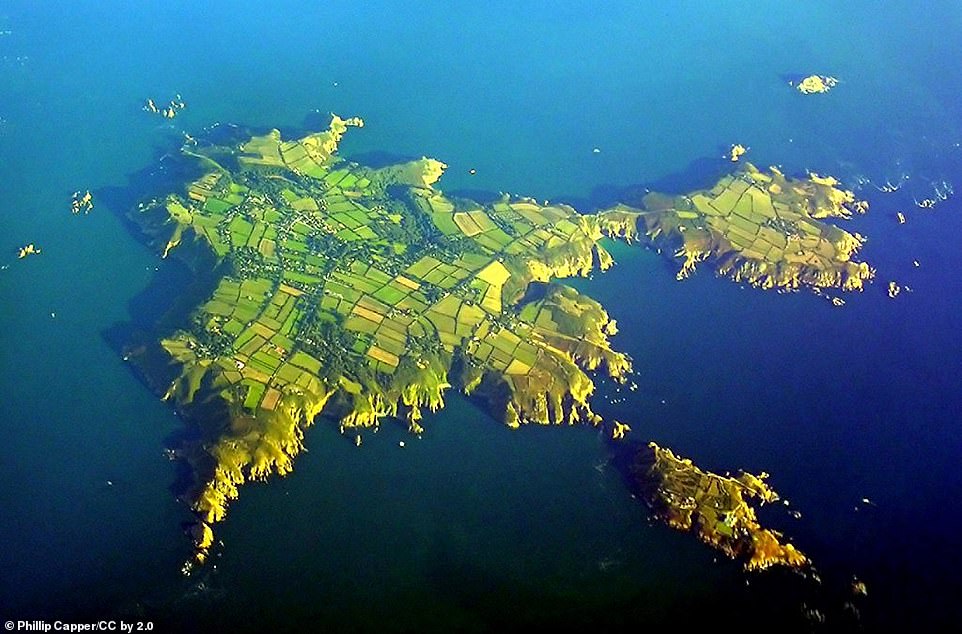 A stunning aerial image of Sark taken by Phillip Capper as he flew over it on a flight from London to Spain. He posted it to Flicker, writing: ‘I had a family holiday here in 1952 and this was the first time I’d seen the island since’

Sark’s police force numbers two – a constable and a vingtenier, or assistant constable.

And it may surprise you to hear that they are kept quite busy.

In fact, last year the outgoing assistant constable, PC Mike Fawson, said the island is ‘awash’ with criminals and that officers should be equipped with pepper spray to deal with suspects.

However, the latter offence is not being committed in cars, because they’re banned on Sark. 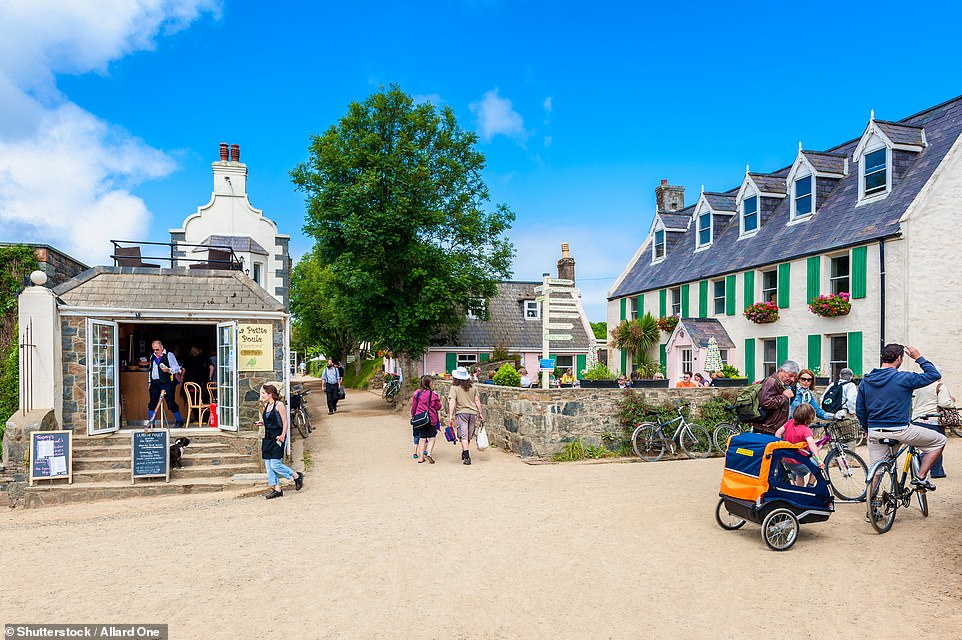 One of Sark’s bustling main streets. A visit to the island is like stepping back in time 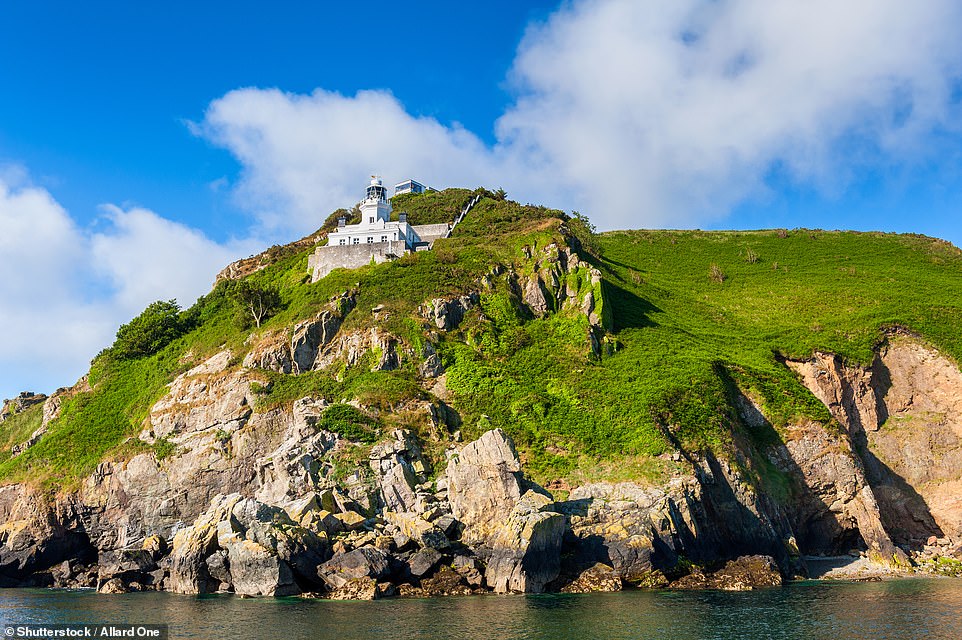 The Sark lighthouse. Cars are banned on Sark, but locals are allowed to drive a horse and cart – and operate tractors

Locals are allowed to drive tractors, operate a horse and cart, ride bicycles, and elderly and disabled people can drive battery-powered buggies.

In his report to Sark’s Chief Pleas government, PC Fawson suggested that people coming to the island should undergo background checks.

He wrote: ‘Sark in the past (and current) has been awash with people who have various criminal convictions, which in many cases we have no knowledge of until another offence is committed.’

Watch this space for any news on the prison being expanded…

For more on Sark visit www.sark.co.uk.