A new dating site created exclusively for fans of Kanye West has banned anyone who admits to liking Taylor Swift.

The aptly-named Yeezy Dating is still under construction but is due to launch officially later this month, however prospective users are already able to join a group chat so they can talk with other fans of the the 40-year-old rapper.

However while any and all supporters of the singer are apparently welcome to sign up, the launch page of the site features one very clear rule about those people who will not be invited to take part in any online flirting.

Pairing singles: Yeezy Dating is a new site that exists exclusively for fans of Kanye West to meet each other and fall in love

Love lockdown: Fans of the 40-year-old rapper can bond over their love of Kanye as the site is set to launch later this month 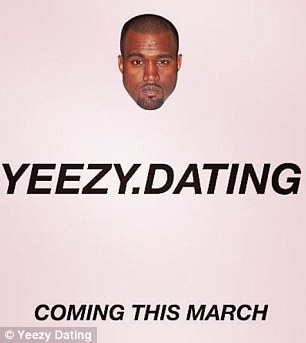 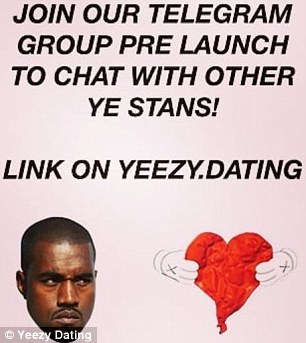 Group chat: While fans wait for the launch of the site, they have the option to join a group chat in the meantime to chat with other fans

Yeezy Dating is promoted as: ‘A dating site for fans of the genius Mr. Kanye West’ and the current landing page features nothing more than that description – and the site’s one main rule.

Below the early access prompt there’s a disclaimer with an asterisk that hilariously reads, ‘Taylor Swift fans are banned from this website,’ followed by a little snake emoji at the end.

The rule will no doubt come as little surprise to any fans of the two stars – be they Team Kanye or Team Taylor.

In 2009, Kanye kicked off a feud between the two when he took the microphone from Taylor, 28, when she was mid-way through her Best Female Video award acceptance speech at the MTV Movie Awards in order to proclaim to the audience that Beyonce, her rival in the category, should have won.

‘Taylor, I’m really happy for you and I’mma let you finish but Beyonce had one of the best videos of all time,’ he told the singer – and the world.

After the incident Kanye apologized publicly and things seemed to be fine at the Grammys in February 2015 when Taylor and Kanye buried the hatchet and even hung out backstage.

Their friendship seemed solidified when Taylor presented Kanye with the Video Vanguard Award at the 2015 VMAs.

However, things took such a turn when Kanye released his song Famous in 2016 which has the lyrics, ‘I feel like me and Taylor might still have sex. Why? I made that bitch famous.’ 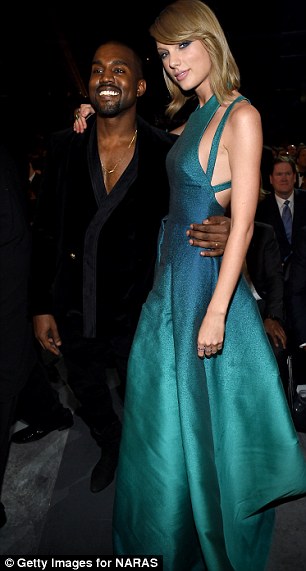 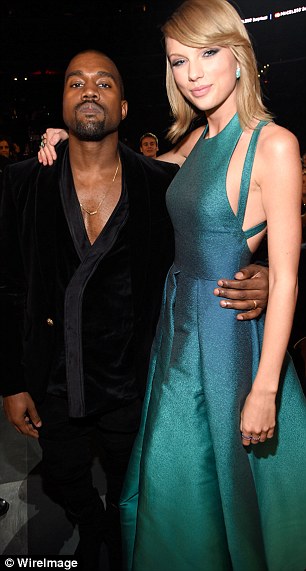 Snakes: The main rule of the dating site states: ‘Taylor Swift fans are banned from this website’ followed by a little snake emoji at the end 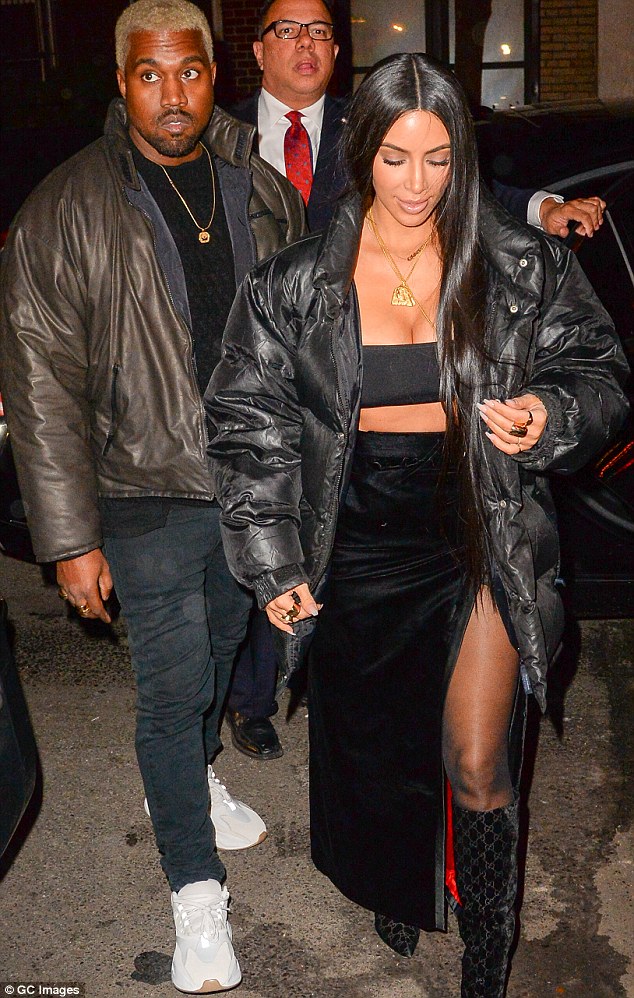 Taken: Some people joked that Kanye’s wife Kim Kardashian, 37, definitely has something to do with banning Taylor fans Kim involved? One girl posted a hilarious meme which pictures Kim typing on a laptop joking that she’s the one who decided Taylor’s fans would be banned from the site

Kanye shared that he asked Taylor for her approval before adding the line to his song and she agreed to it but Taylor’s team issued a statement that she had no idea about it and never approved the song.

Tons of people and fans came to her defense and although Taylor never said anything up until this point, when she accepted Album of the Year for 1989 at the 2016 Grammys, she snubbed the rapper in her speech.

Not naming any names, she directed her speech at Kanye and even said, ‘There are going to be people along the way who are going to try to undercut your success or take credit for your accomplishments or your fame.’

In June 2016, Kim got involved when she gave an interview to GQ saying that Taylor 100 per cent approved the song and Kim even said the entire phone conversation was recorded.

By July 2016, Kim tweeted that it was National Snake Day with a bunch of snake emojis meant for Taylor and released the phone conversation between Taylor and Kanye where she clearly agrees to everything.

Since then, Swift took a hiatus from the spotlight and it took her a year to release her latest album in 2017, Reputation, which has subtle jabs at Kanye and Kim throughout the album.

People are sharing how elated they are about the soon-to-be dating site on Twitter and one person joked, ‘Who tryna smash’ while another user wrote, ‘What a time to be alive.’

Meeting people already: One user already made a new friend through the site’s group chat 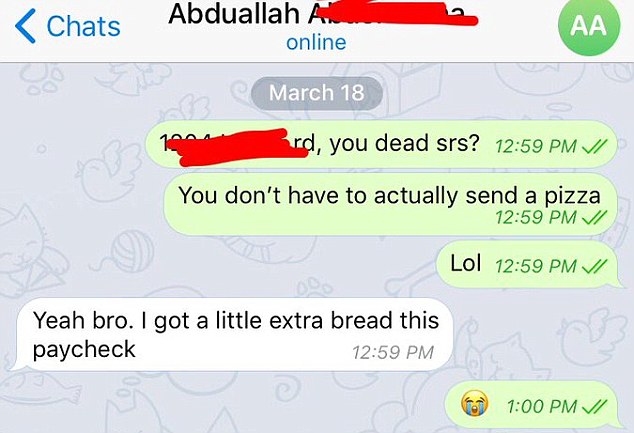 Pizza delivery: He posted the conversation he was having with Abduallah who sent him a pizza order because he has the extra money Unbelievable: Abduallah actually delivered the pizza to user Jzosel56K’s house and this is the delivery from Dominos that arrived

One girl posted a hilarious meme which pictures Kim Kardashian, 37, typing on a laptop and it says, ‘Kim adding ‘Taylor Swift fans are banned from this website’ to Yeezy Dating.’

Meanwhile, another hilarious tweet came from one guy who wrote, ‘Time to find my queen’ while someone else shared, ‘Already on the wait list.’

While many people were sharing the excitement about the site, one person has already found a match.

Twitter user, Jzosel56K from Mississippi asked for pizza in the group chat full of Kanye fans for the dating site and ‘it somehow worked,’ he wrote.

After posting the screenshots of the group chat he wrote, ‘Kanye really brings the kids together.’

He posted the conversation he was having with Abduallah where he asks him, ‘Are you dead serious? You don’t have to actually send a pizza lol.’

Abduallah then hilariously replied, ‘Yea bro. I got a little extra bread this paycheck. Which city and state though?’

Once Jzosel gave him the address, Abduallah ordered the pizza for him and when the food arrived he wrote to Abduallah: ‘They’re here! Thank you my guy!’ to which he replied, ‘No problem fam.’

Abduallah sent a large pie, cheesy bread pie and a liter of Coke from Dominos to his house.

The dating site has three simple rules, ‘Please don’t be a d**k, Please report any d***s and Taylor Swift fans are banned.’

Created by 21-year-old Harry Dry from England the site was created ‘To celebrate Kanye West fans and those who believe in themselves!’

‘We all going to be dead in hundred years. Give the kids the music!’ he concluded.