Roma defender Kostas Manolas conceded ‘there is no way to stop’ Lionel Messi as the Italian side face the daunting prospect of taking on Messi’s Barcelona side in the Champions League.

The La Liga leaders host Roma at the Camp Nou on Wednesday before the return leg in Rome on April 10.

But Manolas, when speaking to Italian newspaper Il Giornale, believed the five-time Balon d’Or winner was immune from being frozen out of a game.

Lionel Messi is so good that he cannot be stopped, admitted Roma defender Kostas Manolas 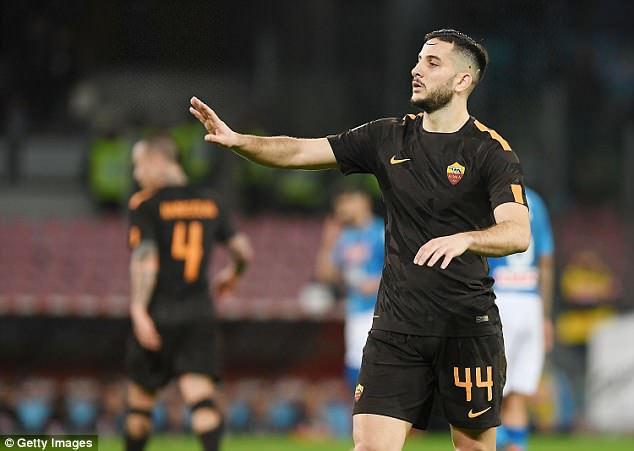 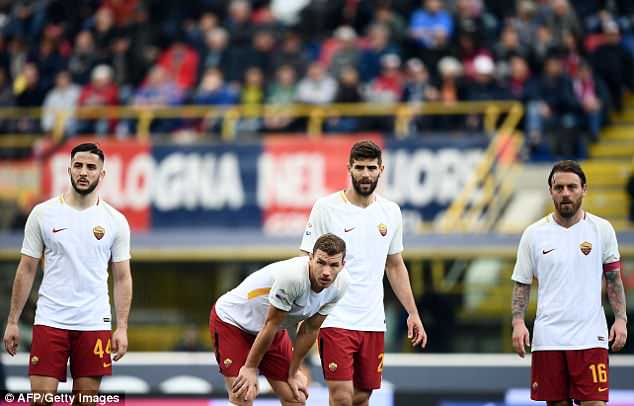 ‘Guardiola is right when he says there’s no way to stop him [Messi],’ the Greek centre-back said.

‘Even if you could fix that somehow and maybe block him off, there are 10 others that can hurt you.

‘Of course, Barcelona are still something else without Messi. We’ll have to do our best.’

Roma will need to show they have learned lessons since their last visit to play the Catalans when they found themselves dejected and on the end of a 6-1 hammering. 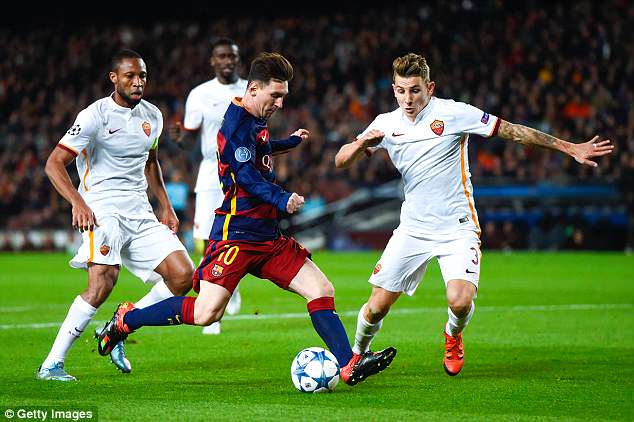 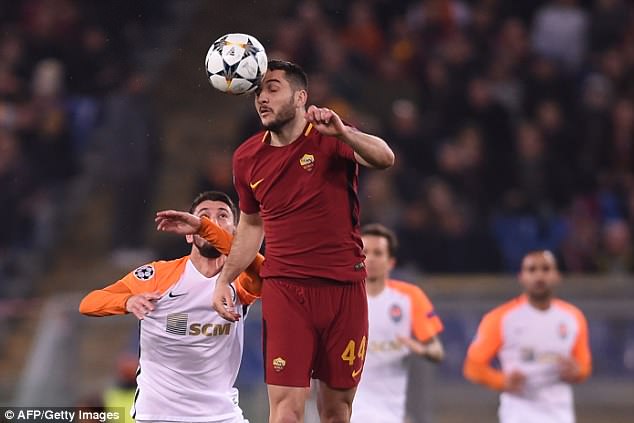 Messi scored twice that evening in November 2015 but Manolas, despite admitting the Argentine is in a league of his own, insists the Italian outfit are a different proposition this time around.

‘Tactically speaking, we got that game wrong,’ Manolas added. ‘We pushed too high up and they found space easily.

‘Now we won’t have to go there with the fear of conceding so many goals. We respect Barcelona, but we’re aware of our strengths.

‘We showed in the group stage that we’re a good team. Wow we have a double-header against a very strong opponent. They’re favourites, but when you play 11 against 11, you never know.’