There’s nothing special for me about going back to Chelsea, says Tottenham boss Jose Mourinho

There’s nothing special for me about going back to Chelsea, says Jose Mourinho – as he talks up Tottenham as ‘contenders’ to upset his former club at Stamford Bridge

Jose Mourinho insists there is nothing special about returning to Chelsea with Tottenham on top of the Premier League and shaping up to be title contenders.

‘It’s just another game for me,’ said the Tottenham boss. ‘No problem at all.’

Mourinho became a hero at Stamford Bridge when he arrived in 2004 and delivered the club’s first title for 50 years. 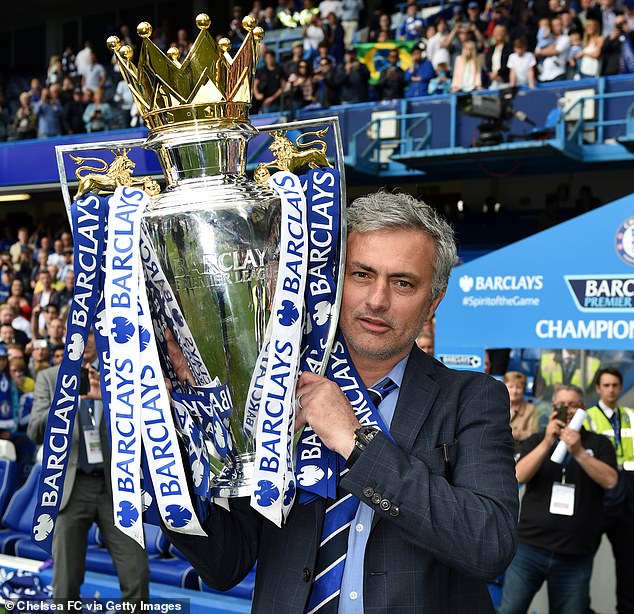 The current Spurs boss was a hero at Stamford Bridge, having won three Premier League titles

He went on to defend it and won a third as Chelsea boss when he returned for a second spell in charge.

At Spurs, it is 60 years since they were champions but the campaign has started well.

They reached the summit with a 2-0 win against Manchester City, locked together on points with Liverpool after nine games but determined not to get carried away ahead of the trip to Stamford Bridge on Sunday.

It is tight at the top with Chelsea and Leicester only two points behind. ‘Going there top of the league or with Liverpool top doesn’t change anything for us.

‘We are always contenders to win the next match. Nothing more than that. We are going to be there, three possible results. We know anything can happen, but we go there and our objective is to win the game.’

Chelsea’s form has been impressive since Frank Lampard settled on a formation with Edouard Mendy displacing Kepa Arrizabalaga in goal, Thiago Silva at the back and Hakim Ziyech sparkling on the right wing. 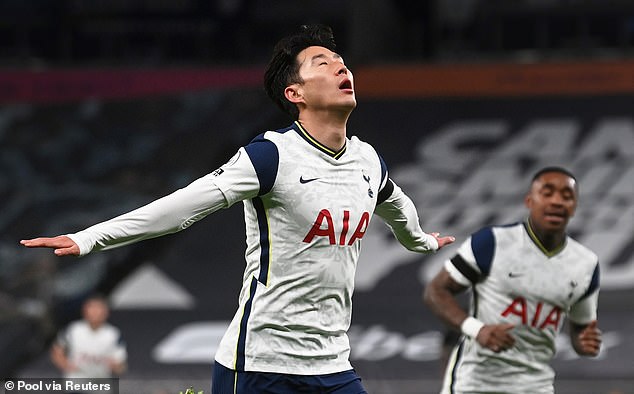 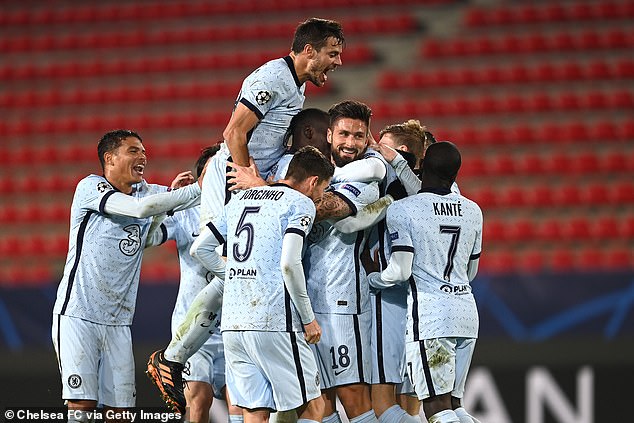 ‘Chelsea has an amazing squad,’ said Mourinho. ‘To play Mendy or the most expensive goalkeeper in the history of the Premier League? To play Reece James or Cesar Azpilicueta? To play Ben Chilwell, Marcos Alonso or Emerson?

‘I am not even worried about who is going to play because they only have very good players.’

Hugo Lloris, Giovani Lo Celso and Steven Bergwijn were all absent from the squad as Spurs eased to a 4-0 win in the Europa League against Ludogorets on Thursday but could return for Chelsea.

‘I want to believe yes,’ said Mourinho when quizzed about their availability. ‘Little things, that if I wanted to push and if I wanted to risk a little bit, they could do it.’