There’s three of us in this relationship!

They have been dating for nine months and, as their jet-setting lifestyle shows, are just as happy to display their devotion from a red carpet as they are from the deck of a super-yacht.

But when it comes to the unlikely love affair between work-shy high street retail heiress Chloe Green and her ‘hot felon’ boyfriend Jeremy Meeks, it seems there is an equally unlikely third person in the relationship: Chloe’s mummy, Tina Green.

Formidable Lady Green, all deep tan and diamonds, seems to have taken such a shine to Chloe’s new fellow — a convict and gangster — that she likes to be around him almost as often as her daughter does.

You might imagine that she is just keeping a close eye on Meeks, who has a child and an estranged wife in Los Angeles and a criminal past which is downright alarming.

He was convicted of possessing an unlicensed semi-automatic pistol and jailed for two years in 2014. Before that, he had been in court over offences including resisting arrest, negligent driving and identity theft.

In 2002 he served two years for grand theft — stealing £230 worth of goods. There was also a conviction for ‘robbery and corporal injury to a child’, a shocking incident in which he beat a 16-year-old ‘to a pulp’.

The teardrop tattoo under his left eye symbolises the death of a gang member, while another inking on his right forearm shows the word ‘Crips’ — the name of the notorious LA gang involved in hundreds of murders and drug dealing. 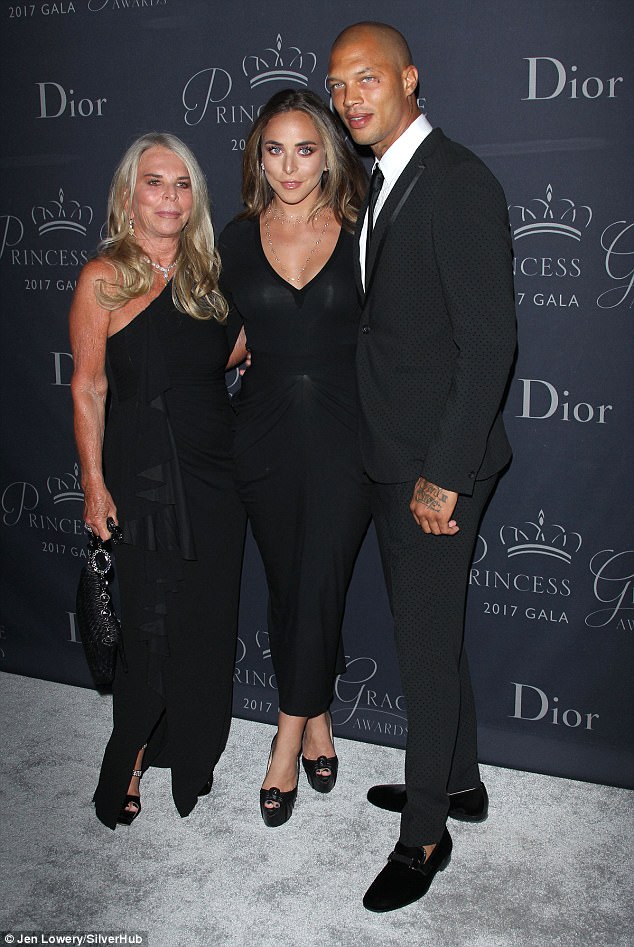 It’s only me… again: Tina is more than happy to clock up the air-miles and travel to LA to be with her daughter and her love at a charity gala last October 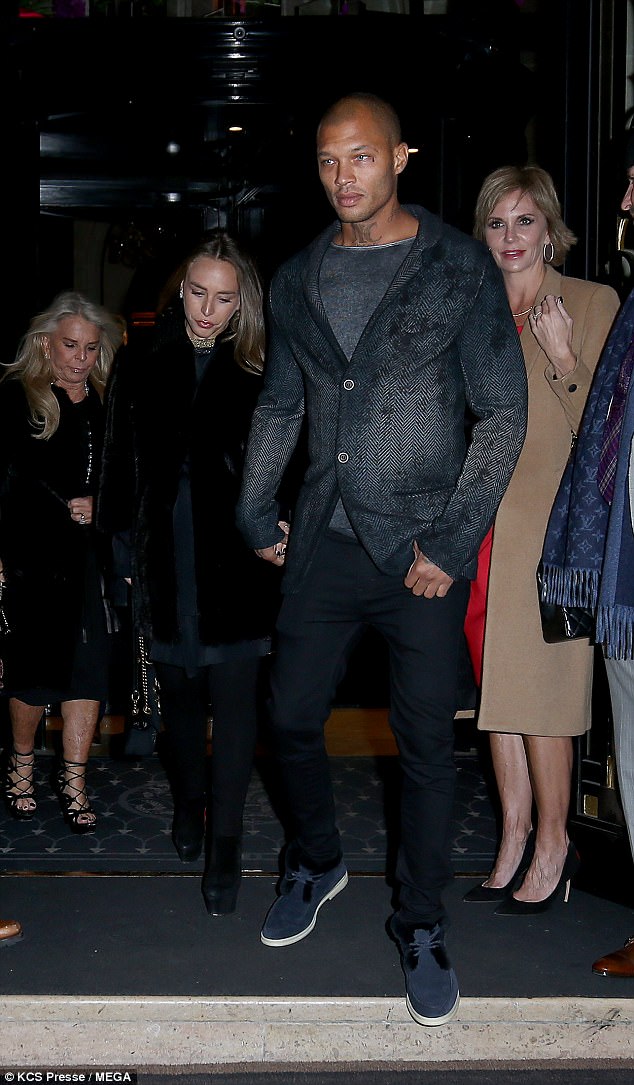 She’s behind you! The trio are all together again at a hotel during Paris Fashion Week this month

He’s not, then, the kind of person with whom Lady Green usually socialises — or, as she did this week, takes to the Paris fashion shows.

Quite what her husband Sir Philip Green makes of the trio is anyone’s guess. As he told reporters gruffly a few weeks after the romance started last year: ‘I am not getting involved in it.’

Yet sources close to Chloe say the reason Lady Green is so often seen out with the lovebirds is that she thoroughly approves of the match. The prospective in-law and the outlaw are actually great friends.

But why does Chloe, one wonders, put up with her mother’s near-constant presence? Not many young women would tolerate their mother tagging along on their dates. 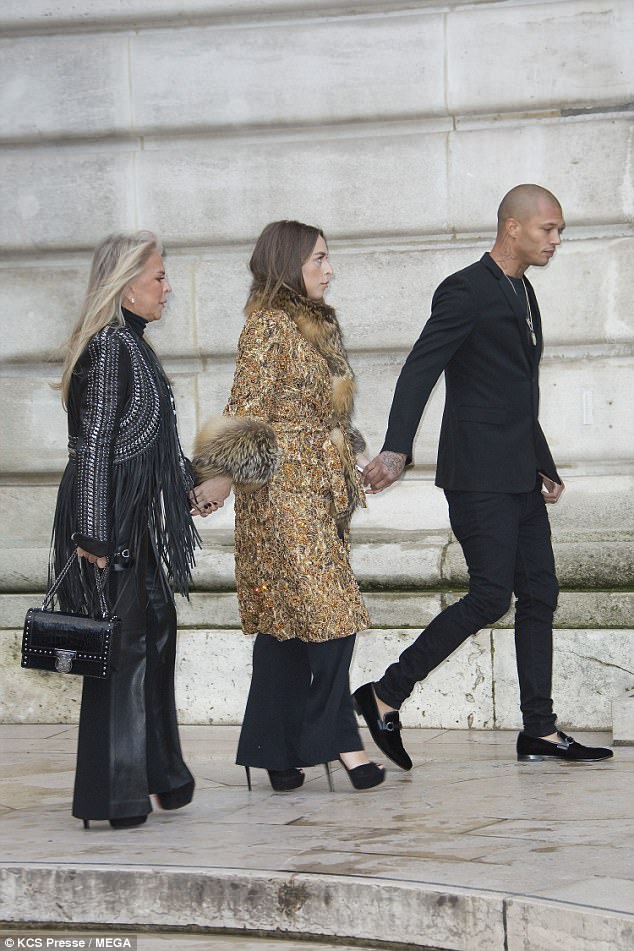 Need a hand? Mum’s turned up with teetering heels to match daughter Chloe’s at a Paris fashion show earlier this week… 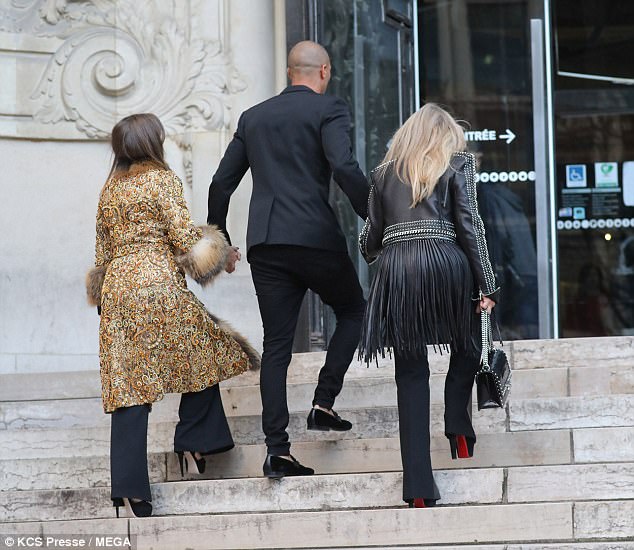 A source said: ‘Tina’s thing is taking people on shopping sprees and spoiling them. She is a big believer that spending money on people keeps them loyal.’ She is also said to be helping the couple choose a love-nest in the Hidden Hills area of LA and furnished them with a £20 million budget.

For while her foul-mouthed billionaire husband is boss of the Arcadia business, it is Tina who is the ultimate owner of his clothing conglomerate and it is she who holds the £4.2 billion purse strings.

Lady Green has been the legal owner of Sir Philip’s major retail investments since 2004. These include Topshop, Topman and Dorothy Perkins and also BHS — until he sold it for £1 shortly before it went bust. 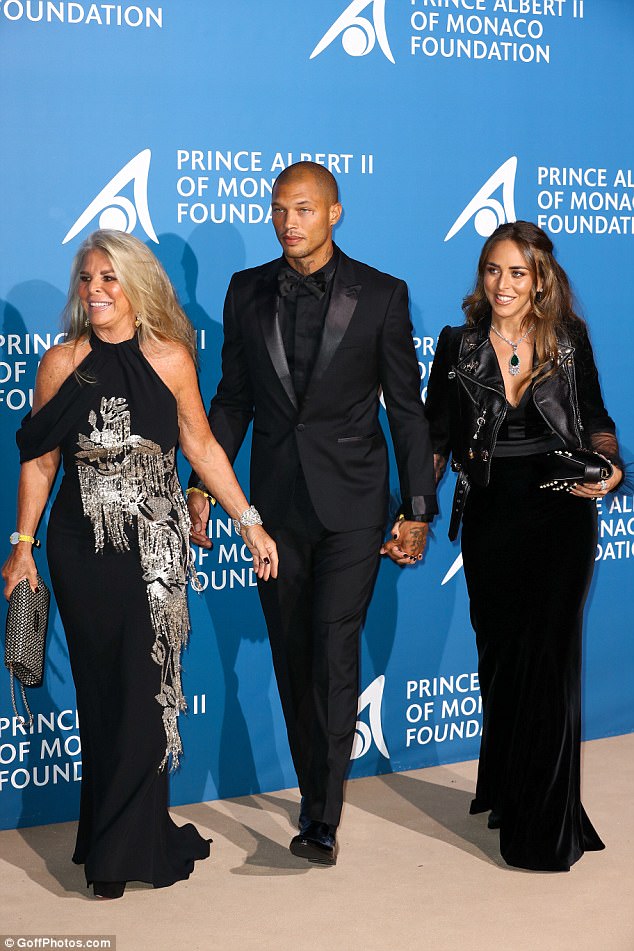 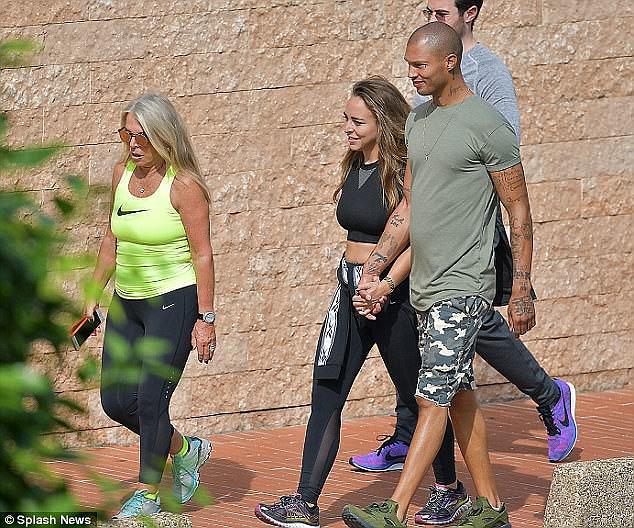 I’ll fit in here! Chloe and her beau after a work-out in Monte Carlo last September. And who’s squeezed into the Lycra? You guessed it…

He has given her dividends from the businesses worth hundreds of millions. Reports suggest he gave her a (tax free) dividend of £1.2billion in 2005.

She is resident in Monaco, where there is a zero per cent rate of income tax. Sir Philip shuttles between London, where the business has its offices, and his weekend home with Tina.

Which, of course, gives his wife plenty of time to spend with the young lovers.

‘They get on very well,’ says a source in Monaco. ‘Tina just wants Chloe to be happy, and she is. Tina says Jeremy is ‘a darling’, and what she says, goes.’ 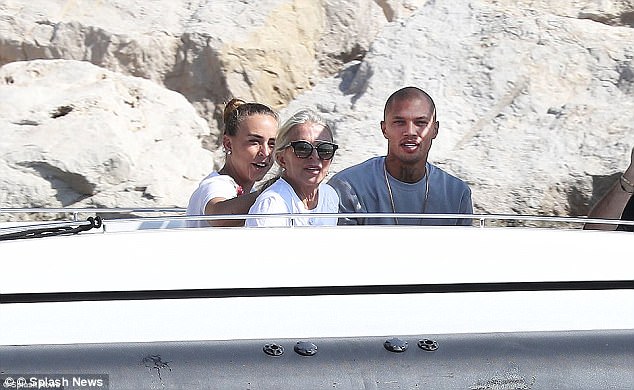 A shade familiar: Lady Green gets right in the middle of the action again last September as the trio lap up the sun on her £100 million super-yacht

The trio were first seen together last September when Tina took Chloe and her new man to a ritzy charity event in Monte Carlo, attended by the principality’s monarch, Prince Albert.

From then on, they’ve been virtually inseparable. Whether it’s trips to the gym, messing around in the marina in Monte Carlo on Lionheart, the £100 million yacht which is her husband’s pride and joy, or shopping in Beverly Hills, the trio have rarely been apart.

But will there soon be wedding bells? Rumours the couple are engaged were fuelled by pictures of Chloe with a diamond ring on the third finger of her left hand on social media.

Meeks posted a picture with the caption: ‘When you find the one…you know.’

Or should that be, as these pictures show, the one plus one?