Theresa May is briefing senior ministers on her plan to break the stalemate in the Brexit negotiations ahead of a keynote speech on Friday.

The Prime Minister flew back to the UK after attending the United Nations General Assembly in New York and headed straight to Downing Street where she is chairing a special meeting of the Cabinet.

She is setting out details of her address in Florence on Friday, seen as crucial if the talks in Brussels with the EU’s chief negotiator Michel Barnier are to move forward to discuss a free trade deal once Britain has left the bloc.

Reports suggest she will seek to reassure EU leaders that the UK will honour its existing financial obligations after Brexit.

Although it is not thought that she will state an actual figure, it has been reported that she is willing to pay between £20 billion and £30 billion into EU coffers as the price of Britain’s “divorce” bill

Mr Barnier has been demanding greater clarity from the UK on the financial settlement if the talks are to move forward on to a future trade deal.

Mrs May was accompanied on her flight from New York by Foreign Secretary Boris Johnson, who had threatened to trigger a new round of ministerial infighting with the publication of what was seen as his personal Brexit manifesto.

The Foreign Secretary was forced to deny he was planning to resign while Mrs May faced calls to sack him from her Cabinet after he published a 4,000-word blueprint for withdrawal in The Daily Telegraph.

In it, he demanded the UK should not have to pay for continued access to EU markets after Brexit – although he later made clear he accepted it would have to honour outstanding obligations.

Arriving in Downing Street for Cabinet, Mr Johnson waved to reporters but said nothing as he entered No 10. 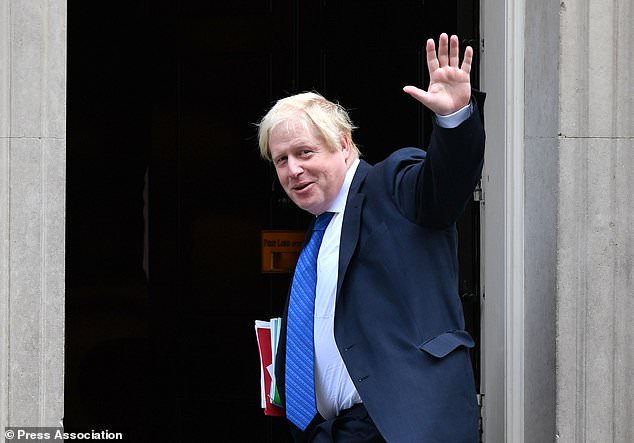 In a sign of the continuing divisions at the top of the Conservative Party, Mrs May’s former chief of staff Nick Timothy used a column in The Daily Telegraph to accuse Chancellor Philip Hammond of failing to promote the positives of Brexit.

He said the Treasury had failed to emphasise the “opportunities of Brexit” and accused Mr Hammond of being on “manoeuvres”.

Calling for unity, he said: “Boris Johnson and Philip Hammond – who has also been on Brexit manoeuvres this summer – must understand that the surest route to a bad deal, or no deal at all, is to go on behaving as they are.”

There has been speculation that Mrs May will seek to use her speech to go over the heads of Mr Barnier’s negotiating team with a direct appeal to EU leaders.

The Prime Minister has highlighted the role that will be played by the individual leaders – some of whom she held talks with while at the UN.

Before the New York talks, Mrs May said: “The negotiations are structured within the EU so of course the Council has delegated with a mandate to the commission, and the commission has appointed Michel Barnier.

“But the decision will always be one that will be taken by the leaders.”

In the margins of the New York gathering, Mrs May met French President Emmanuel Macron, Italian PM Paolo Gentiloni and the Netherlands’ Mark Rutte, although Downing Street did not say whether Brexit was on the agenda for the talks.