Theresa May was warned against triggering Britain’s departure from the EU in 2017 in case it weakened our bargaining power with Brussels, a former top diplomat revealed today.

The outgoing prime minister, who started the two-year countdown to Brexit on March 29, 2017, was warned against the move by the former EU ambassador Ivan Rogers, the retired diplomat told MPs.

He told the Foreign Affairs Committee that he and Olly Robbins, her European adviser both tried to steer her away from the plan before it was announced in October 2016 because it immediately limited the Government’s room to manoeuvre.

He also said that Mrs May’s Tory conference speech that year setting out her Brexit red lines prompted him to think ‘blimey’ they will cause a stir in Brussels.

Under questioning from MPs today he said: ‘Olly rang me up to say, ”She’s going to announce the date set for triggering Article 50 tomorrow. I don’t think that’s a very good idea. What do you think?”

‘I said no I don’t think it’s a very good idea because you lose a lot of leverage the moment you do that.

Sir Ivan told the Foreign Affairs Committee that he and Olly Robbins, her European adviser both tried to steer her away from the plan before it was announced in October 2016 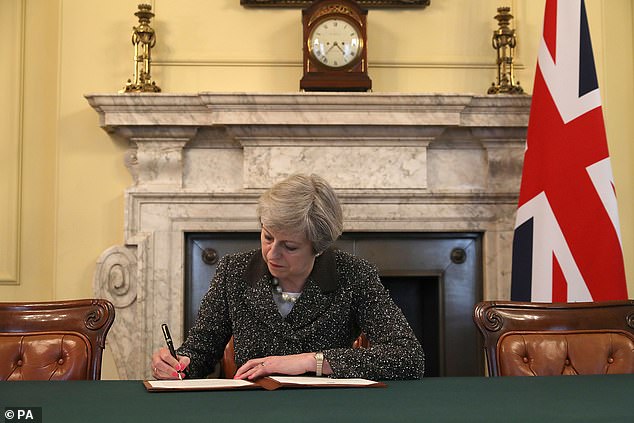 ‘But presumably if they are telling you that they are going to announce it, we’re fighting a losing battle but I think it’s worth fighting just to at least register that I don’t think its very wise because that’s exactly what the opposition wants you to do.’

He explained that the EU’s stance of no negotiation without the trigger being pulled maximised the Bloc’s leverage and reduced the UK’s.

‘Why do they want to do that? Because frankly it maximises their leverage and minimises ours,’ he said.

Mrs May famously sent the letter to the EU on March 28 2017 announcing the UK’s plan to leave the bloc.

It was handed to European Council president Donald Tusk the following day in Brussels, kicking off the countdown to the original Brexit deadline of March 29, 2019. 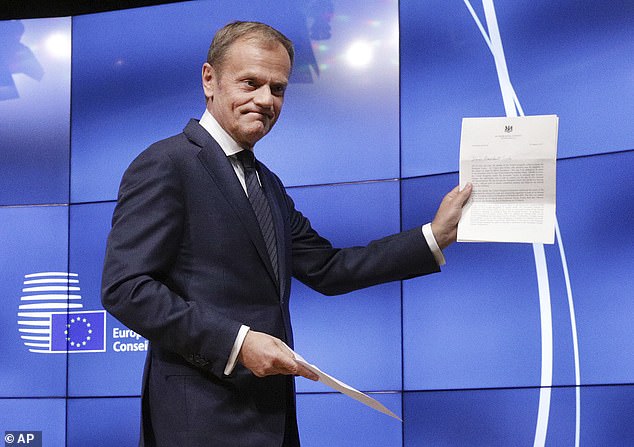 Donald Tusk received the letter on March 29, starting the clock on Brexit 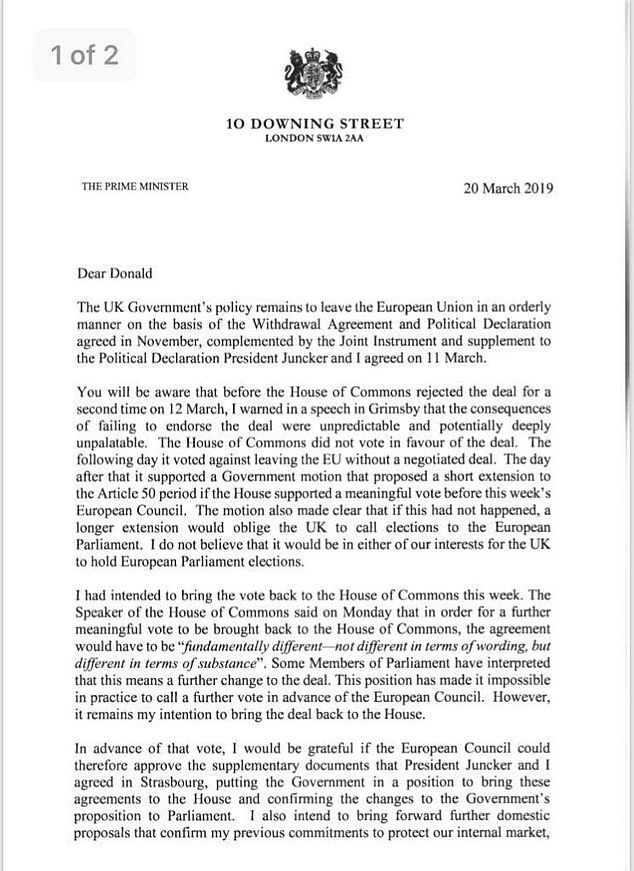 Mrs May told the Conservative Party conference in 2016 that any deal would have to include control of the UK’s borders, exiting the EU’s single market and not staying in the customs union.

Sir Ivan, who quit as the UK permanent representative in 2017 after clashing with ministers over Brexit, said he and then cabinet secretary Lord Jeremy Heywood had no sight of the speech before it was delivered.

‘I didn’t see the speech. I of course thought the moment I did see it ‘blimey that’s going to elicit quite a reaction in Brussels’,’ he said.

‘I did talk to Jeremy Heywood and say did you see the speech it’s a bit puzzling that we suddenly get landed with this and red lines which are really going to take people by surprise in Brussels and he said he hadn’t seen it.’