Theresa May paid homage to the recent success of English clubs in the Champions League – with a video showing the PM playing football.

In footage uploaded to her Twitter page, the Conservative leader was seen taking a free kick in her Maidenhead constituency, surrounded by children and adults while Cliff Richard’s 1963 hit ‘Summer Holiday’ played in the background.

Mrs May is seen kicking the ball off-camera – and presumably missing her target, as a child’s voice can be heard saying ‘good try’ before the Prime Minister makes a second attempt at a goal on a leafy green.

With Liverpool and Tottenham completing remarkable comebacks to reach the Champions League final, and Arsenal and Chelsea reaching the Europa League final, England became the first country to fill all four European final spots in a single season.

The Prime Minister tweeted: ‘It’s been a historic week for English football, with Liverpool, Spurs, Arsenal and Chelsea inspiring children, adults, Prime Ministers…’ along with a video of herself kicking a ball around on the grass.

Mrs May was in her constituency to support the Cox Green village fayre as well as a local women’s football team.

‘A lovely day in the constituency first supporting the @WargraveWGFC awards then visiting the Cox Green village fayre,’ she tweeted.

Earlier in the week, the PM was met with derision on social media after she compared her efforts to secure a deal on Brexit with Liverpool’s odds-defying victory in the Champions League. 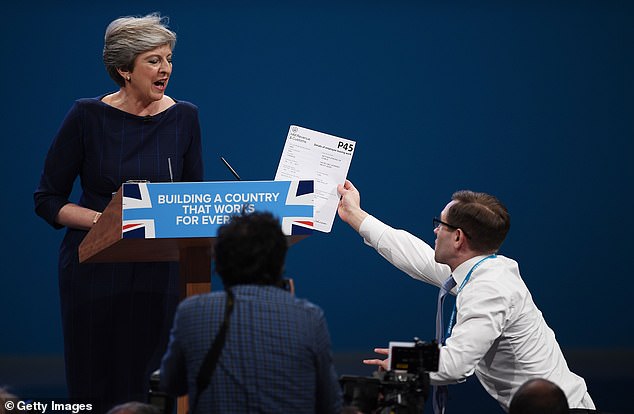 Liverpool had trailed Barcelona 3-0 going into the second leg of their semi-final, only to triumph 4-3 on aggregate.

Responding to Jeremy Corbyn, Mrs May replied: ‘I actually think that when we look at the Liverpool win over Barcelona last night, what it shows is that when everyone says it’s all over, that your European opposition have got you beat, the clock is ticking down, it’s time to concede defeat, actually we can still secure success if everyone comes together.’

The Prime Minister has previously been branded ‘Maybot’ for her awkward public appearances, from disco dancing to ABBA’s Dancing Queen to holding hands with Donald Trump – and fist bumping crowd members on a visit to Salisbury.

In a Q&A session with factory workers in Gateshead last year, Mrs May said she enjoys cooking ‘which has a benefit because you eat it as well as make it’. 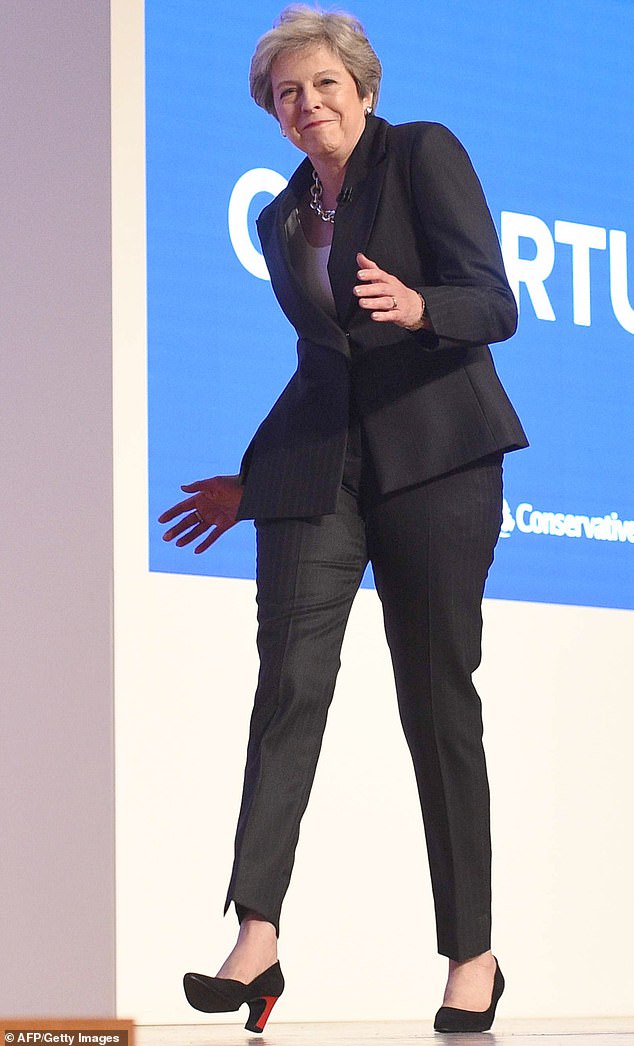 In 2017, when asked what the naughtiest thing she ever did was, the PM famously said: ‘Nobody’s ever perfectly behaved, are they?’ adding: ‘I have to confess, when me and my friends sort of used to run through the fields of wheat, the farmers weren’t too pleased about that.’

Following the Brexit vote in 2016, she was seen looking awkward at a meeting of European leaders, glancing around as they spoke among themselves.

At the October 2017 Conservative Party conference she was handed a P45 slip by a member of the audience, who said ‘Boris asked me to give it to her’, and the PM was also seen enduring a coughing fit while giving her speech.